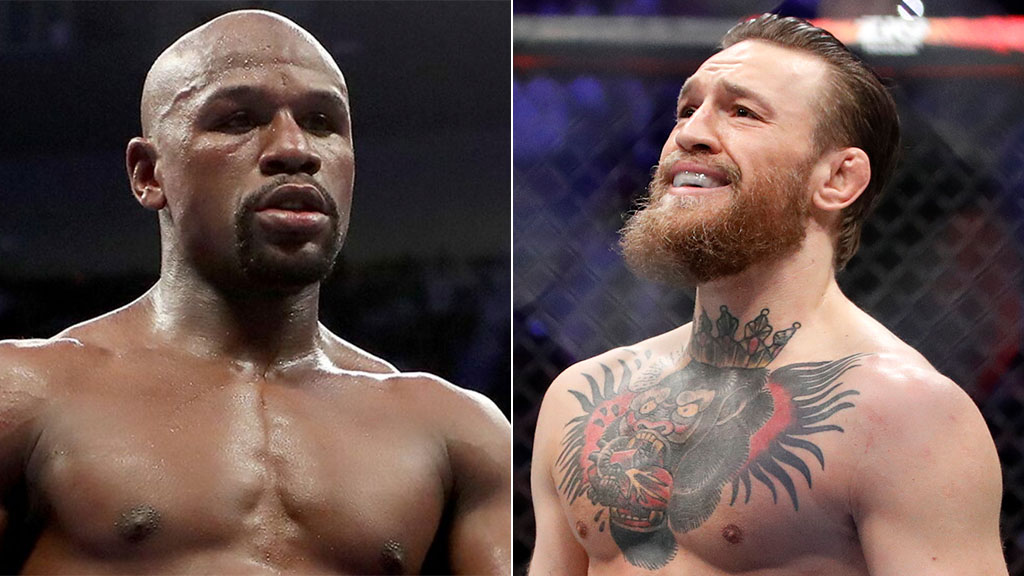 Mayweather got into the altercation with Paul on Thursday while doing a press conference for his upcoming fight with the older Paul brother, Logan, on June 6 at Hard Rock Stadium in Florida.

Jake Paul got into a heated back-and-forth with the retired boxer before snatching Mayweather’s hat which prompted the scuffle.

“The kid curled up, didn’t fight back once, and Floyd is still running around acting the tough guy,” McGregor said in an Instagram post. “The kid actually just pulled this shambles of a situation Floyd is in out of the drain for him.”

He continued:  “Pro to pro it’s embarrassing. He will not scratch 10m for this fight and he knows it. It was canceled once already. The world is watching this on Twitter. He’d fight a half-decent pro and command 20m upwards, yet it’s this sh–. Whatever way you spin this, it’s sad. Fight someone for real, on your record, or f— off mate.”

McGregor tagged Mayweather Promotions CEO Leonard Ellerbe but he did not appear to respond on social media.

Mayweather and McGregor previously fought in 2017 but the UFC champ lost in the 10th round by TKO.

Mayweather defended himself after the incident, telling The Athletic he acted in response to being “disrespected.”

“I don’t want to be disrespected,” he said. “You can’t keep touching me and disrespecting me,” adding: “Jake Paul wanted some attention, and he got it. And so did I.”