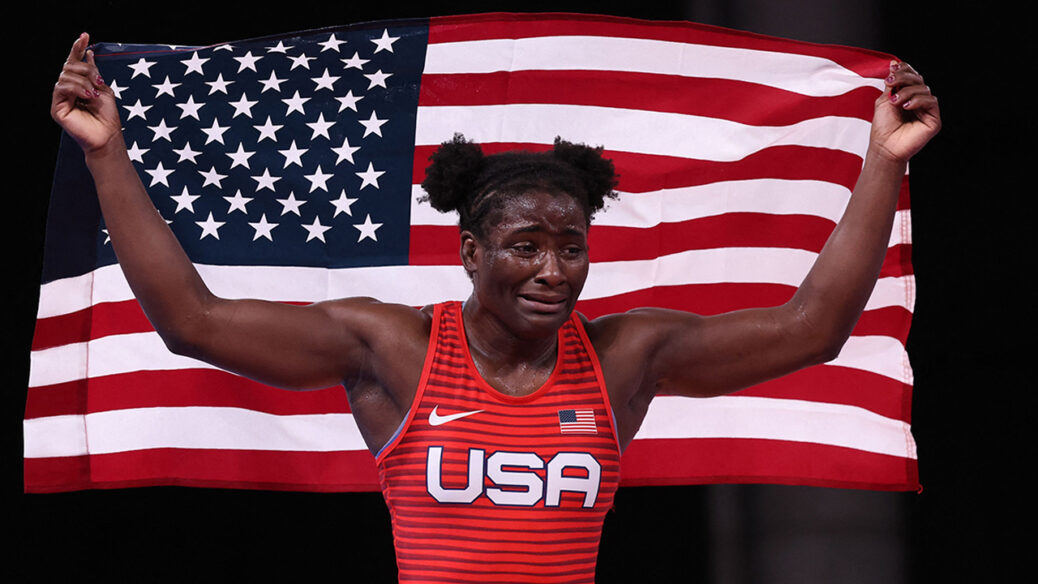 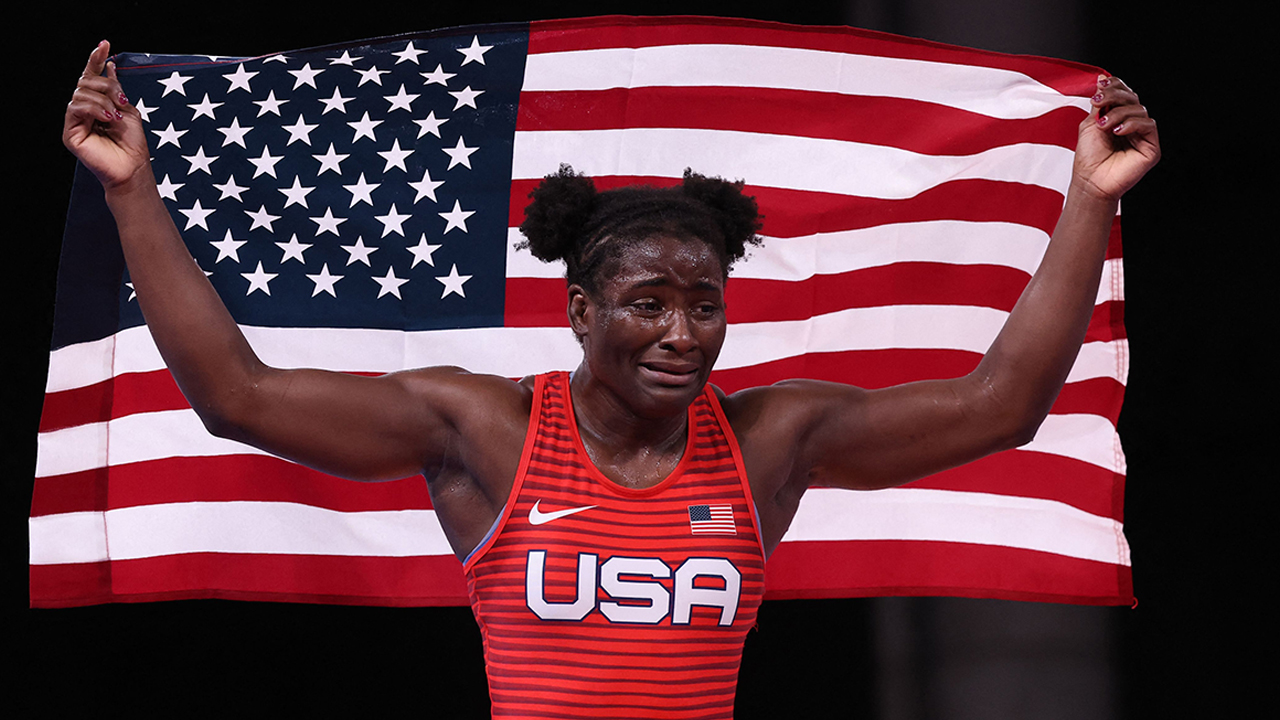 For this champion, the taste of victory is sweet.

Gold medal winning Olympic wrestler Tamyra Mensah-Stock is planning to make her mom’s “dream come true” by using the cash she won from the games to buy her a food truck.

“She’s always doing back-breaking work and … I’ve just seen her struggling ever since my dad died and I don’t like seeing it,” the 28-year-old athlete told People magazine.

Mensah-Stock, who is the first black woman and second woman ever to claim a wrestling gold for the US, accomplished the feat by beating Nigeria’s Blessing Oborududu.

Fans cheered her victory, as well as her joyous celebration of the US flag — which came after US hammer thrower Gwen Berry turned her back on the National Anthem during Olympic trials.

Her gold medal winnings amount to $37,500, paid out by the US Olympic and Paralympic Committee. The amount is untaxed unless athletes have a gross income over $1 million, according to the mag.

Mensah-Stock’s dad, who was killed in a car accident while she was in high school, had been driving home from one of her matches, according to Yahoo! Sports.

Tamyra Mensah-Stock is planning to make her mom’s “dream come true” by using the cash she from the games to buy her a food truck.

She said that he’d have been the “loudest” one at the Olympic venue where she won.

“He was by far my biggest fan. He would be ecstatic,” she said.

The athlete revealed that her mother has sold food off a portable grill.

“I made a promise to her and she loves cooking,” she said about the food truck plans. “It’s just one of her passions. Growing up, we’d be like, ‘Ooh, mommy, you put your back into this food. Like you literally put your foot in it.’ “

She recounted telling her: “So how about I buy you a food truck and you can be anywhere you want to be?” And, she says, “[My mom] was ecstatic. She’s like, ‘Yes, I would love that.’ This is five years ago. And I just keep telling her, ‘Just hold off, mommy, please just hold off.’”

She and her mom already have a name in mind for the truck: “The Lady Bug.”