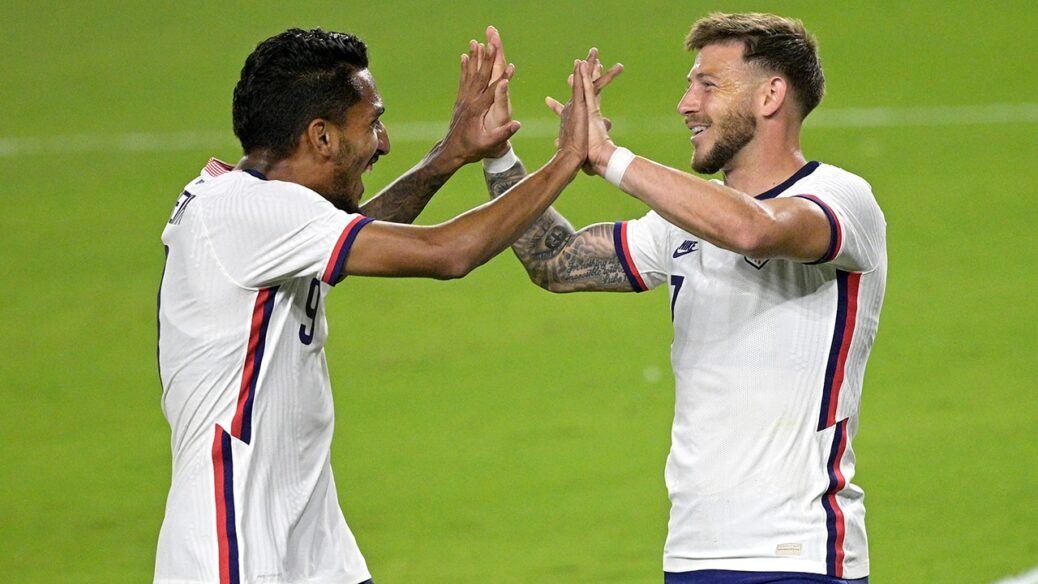 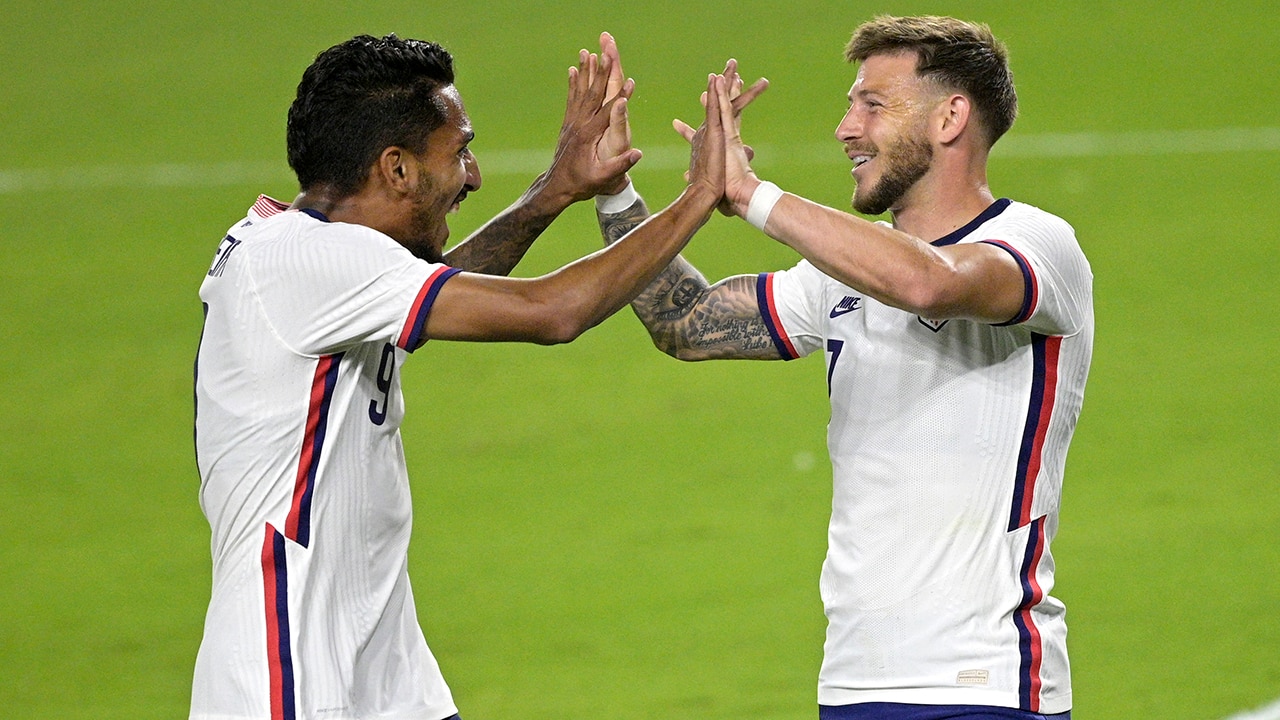 Jesús Ferreira scored his first two international goals and had three assists, and Paul Arriola and Jonathan Lewis scored twice each to power the United States over a rusty Trinidad and Tobago 7-0 in an exhibition on Sunday night.

Lewis scored his first international goal, as did Miles Robinson.

Coming off a 6-2 win over Panama in November with top American players and a 6-0 rout of El Salvador last month with a group mostly from Major League Soccer, the U.S. outshot the Soca Warriors 19-2 and scored five goals in three straight games for the first time. Three Americans had not scored two goals each since an 8-1 rout of the Cayman Islands in a 1993 friendly led by Joe-Max Moore, Dominic Kinnear and Mark Chung.

Ferreira, a 20-year-old Dallas midfielder, gained U.S. citizenship in December 2019, made his U.S. debut last February and is a son of former Colombia midfielder David Ferreira. He had a goal and three firsts in the first half alone.

Arriola, who last month made his first start since tearing his right ACL last Feb. 15, scored twice as the U.S. took a 4-0 halftime lead to give him three goals in his last two international matches.

Goalkeeper Matt Turner and right back Aaron Herrera started in their U.S. debut as the US went again without Europe-based players, and 20-year-old midfielder Andrés Perea entered at the start of the second half in his debut then conceded a penalty kick with a high boot to Ryan Telfer in the 65th minute, Turner leapt to his right to stop Alvin Jones’ penalty kicks.

George Bello, Daryl Dike and Tanner Tessmann made debuts later in the second half, increasing American debuts to 63 since the October 2017 loss at Trinidad that prevented the Americans from reaching the 2018 World Cup, The total includes 40 in 23 matches since Gregg Berhalter became coach ahead of 2019.

The 22nd-ranked Americans played just four matches last year, their fewest since 1987, but figure to have a far busier 2011. Two friendlies in Europe are likely in March, when players under 24 will go to Guadalajara, Mexico, and try to qualify the U.S. men for their first Olympics since 2008. The U.S. meets Honduras in June in a semifinal of the first CONCACAF Nations League, with the winner playing Mexico or Costa Rica, The Americans travel to Trinidad in early September for the start of World Cup qualifying delayed by the novel coronavirus pandemic. the beginning of a compacted stretch of eight qualifiers in 11 weeks.

Lewis put the U.S. ahead 1:40 in when Sam Vines brought the ball down the left flank and crossed to Ferreira, who beat onrushing goalkeeper Adrian Foncette. Ferreira centered for Lewis, who scored into the open net with his right foot from near the penalty spot.

Ferreira doubled the lead in the ninth minute with a left-footed volley from 6 yards after Vines dribbled to the end line and cut the ball back.

Arriola scored in the 22nd with a 12-yard right-footed shot after the U.S. dribbled in on goal following Foncette’s goal kick, then got another in the 41st with his left foot from just outside the penalty area after Ferreira picked up a poor headed clearance attempt by Federico Peña

Robinson, making his first international start, made it 5-0 with a short-range diving header off a headed pass from center back partner Aaron Long Lewis got his second goal with an 18-yard right foot shot in the 55th and Ferreira scored again in the 62nd with a right foot shot from near the penalty spot from an Arriola pass.

No. 103 Trinidad was playing for the first time under coach Terry Fenwick, a defender from England’s 1986 World Cup squad, The Soca Warriors had not played since a 4-0 loss to Honduras in the CONCACAF Nations League on Nov. 17, 2019. They open World Cup qualifying March 24 against Guyana and is favored to advance from a first-round group that also includes the Bahamas, Puerto Rico and St. Kitts and Nevis.