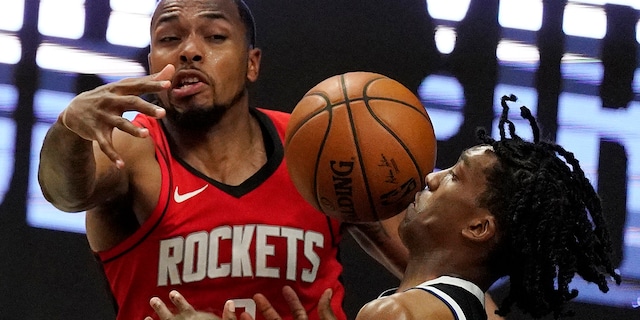 The Rockets made the announcement prior to Monday’s game against the Miami Heat.

“Last night, Sterling Brown was the victim of an assault,” the team said in a statement. “He had no prior knowledge of or interaction with the assailants. He suffered facial lacerations but will make a full recovery.”

The Rockets didn’t provide any other details, including whether the incident was reported to the police.

Brown did not play on Monday due to a nagging knee injury. Head coach Stephen Silas said he spoke with Brown earlier and “He’s doing better.”

Brown, 26, is averaging 8.2 points and 4.4 rebounds this season. This is his first season on the Rockets. He played the previous three seasons with the Milwaukee Bucks, averaging 5.2 points per game.

While in Milwaukee, Brown sued officials in the city after getting taken to the ground, shocked with a Taser, and arrested during an encounter with police in 2018. He alleged that police used excessive force and targeted him because he is Black when they confronted him for parking illegally in a handicapped-accessible spot.

In November 2020, Brown and the Milwaukee city attorney agreed to a revised $750,000 settlement.