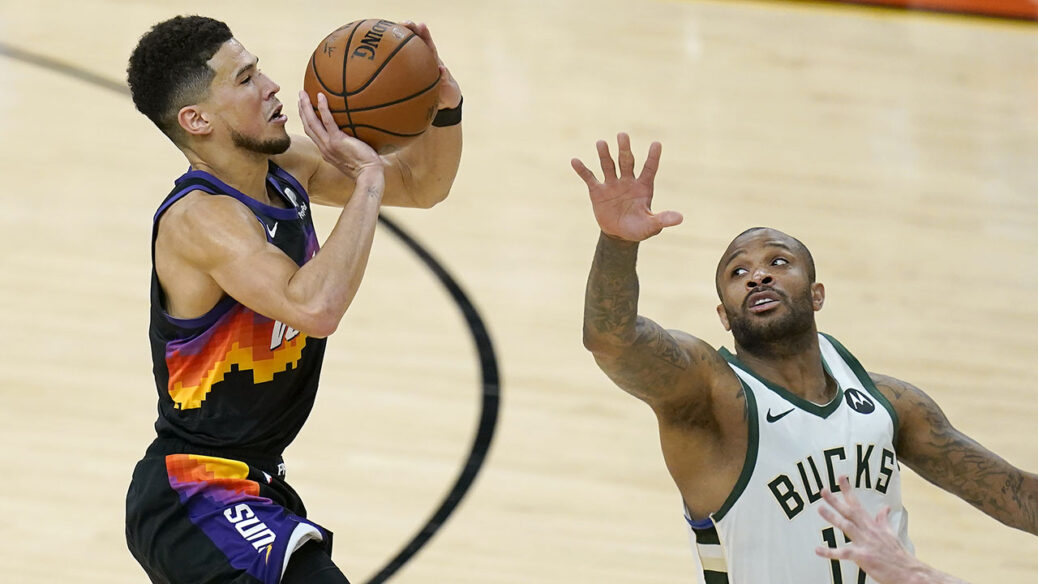 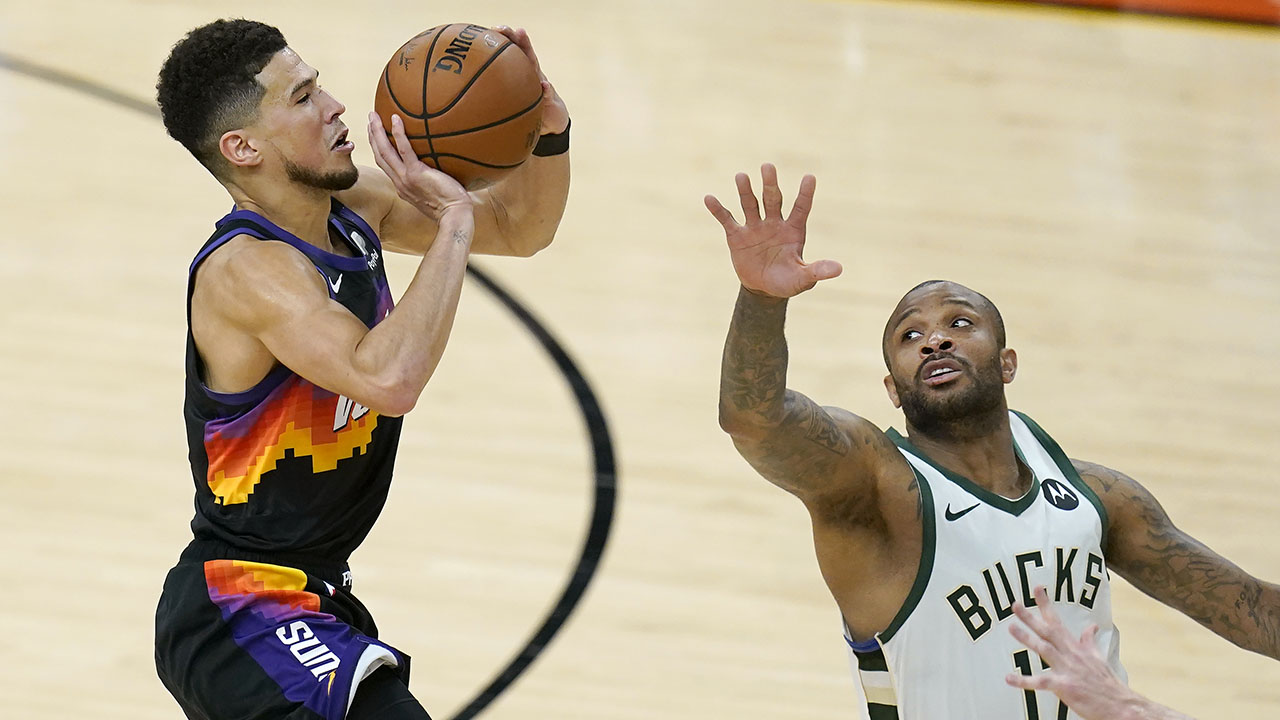 The Phoenix Suns took a two-game series lead in the NBA Finals on Thursday night with a victory over the Milwaukee Bucks, 118-108.

Devin Booker was the key in Game 2 for the Suns.

He finished with a team-high 31 points on 12-of-25 shooting from the field. He was 7-for-12 from three-point range. He added five rebounds and six assists to his stat line.

Each of the Suns’ starters were in double figures.

Mikal Bridges had 27 points and Chris Paul contributed with 23 points and eight assists. Jae Crowder added a huge double-double with 11 points and 10 rebounds while Deandre Ayton had the reverse – 10 points and 11 rebounds.

Giannis Antetokounmpo had a game-high 42 points, 12 rebounds and four assists. He was 15-for-22 from the field.

SUNS FORWARD SARIC OUT WITH TORN ACL IN RIGHT KNEE

No other player on the Bucks had more than 17 points. Jrue Holiday had 17 points and seven assists. Pat Connaughton added 14 points off the bench and Khris Middleton contributed with 11 points.

Milwaukee finished 9-for-31 as a team from three-point range.

Antetokounmpo achieved some milestones in the loss.

He joined Shaquille O’Neal, Hakeem Olajuwon, Elgin Baylor and Kareem Abdul-Jabbar as the only players to record at least 30 points and 10 rebounds 10 times in the postseason, according to ESPN Stats & Info.

His 20 third-quarter points were the most in a Finals quarter since Michael Jordan did it in 1993 against the Suns, according to the Elias Sports Bureau.

The Suns are now two wins away from its first NBA title in franchise history. Game 3 is set for Sunday night at 8 p.m. ET in Milwaukee.