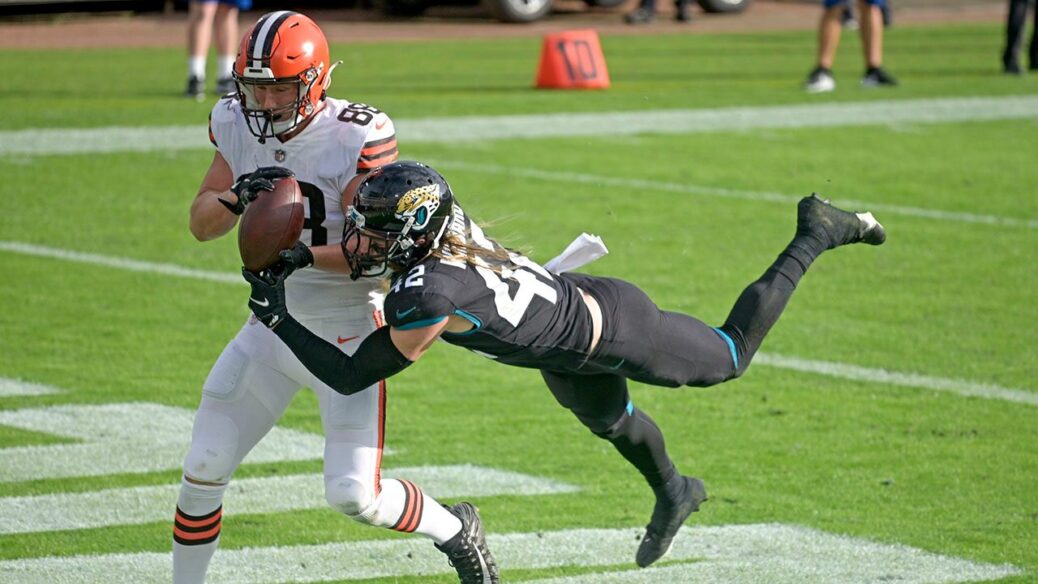 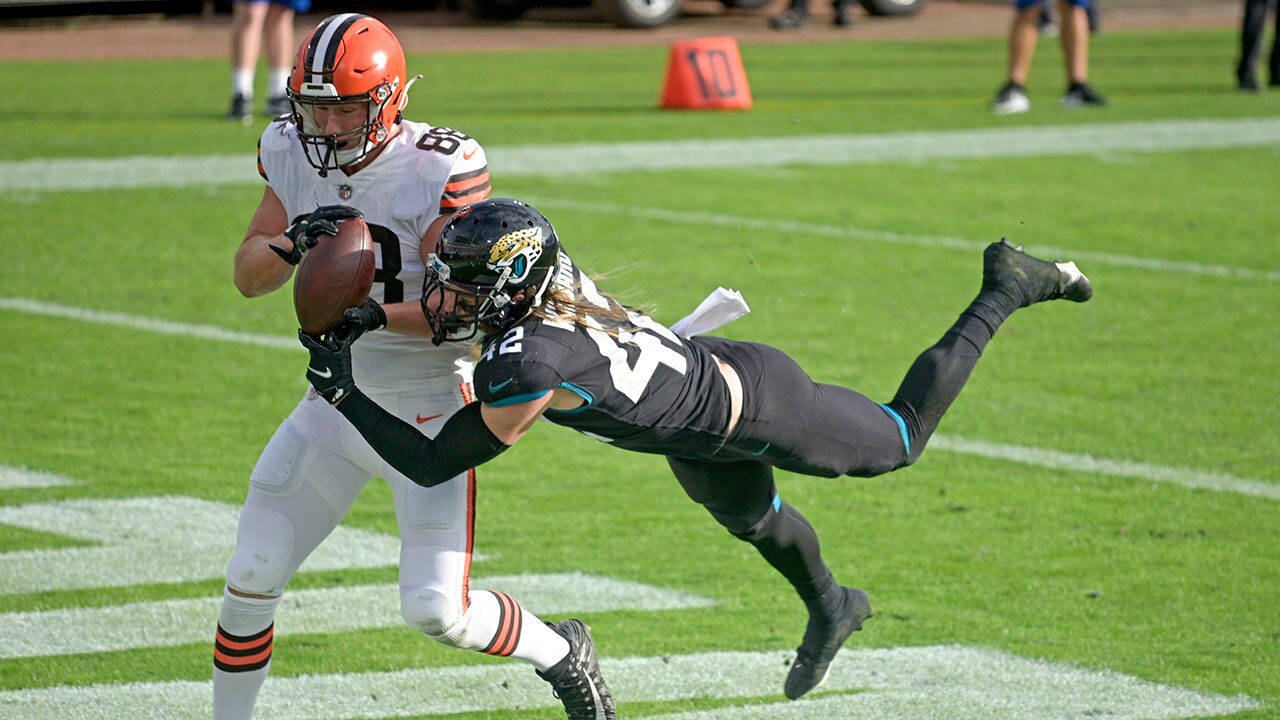 With their biggest game in years just days away, the Cleveland Browns added two more players to their lengthy COVID-19 list.

Starting safety Andrew Sendejo and rookie tight end Harrison Bryant were placed on the list Tuesday, giving Cleveland eight players on the list. It’s not yet known if Sendejo or Bryant tested positive for the virus or if they had close contact with an infected person.

Both played in Sunday’s 23-16 loss to the New York Jets, when the Browns (10-5) were missing six players, including their top four wide receivers, due to COVID-19 protocols.

If they are positive, Sendejo and Bryant would have to sit out 10 days from the time of their test and would miss Sunday’s game against Pittsburgh.

The Browns will make the playoffs for the first time since 2002 with a win over the Steelers, who will rest starting quarterback Ben Roethlisberger.

The players had been together in the team’s recovery pool area.

Goodson has to sit out this week’s game, but the other five are all eligible to return to practice Thursday as long as they test negative.

Rookie left tackle Jedrick Wills was kept out of Sunday’s game as a precaution with COVID-like symptoms. He had been activated a day earlier after previously going on the COVID list due to contact with a person outside the team who tested positive.

Browns coach Kevin Stefanski has been vigilant about keeping his players safe and following NFL and team guidelines. He addressed the recent issues with players and said the team would learn from any missteps in the past week.

The Browns refused to blame their loss Sunday on missing so many players, but defensive tackle Larry Ogunjobi said the situation was a jarring reminder not to have any lapses.

“It can happen just like that,” he said. “It is all around the league and it is just one of the things that it is happening and you understand how serious this thing can be and how quickly it can change the tide.

Sendejo, who signed with Cleveland as a free agent in March, has started 14 games. He returned Sunday after missing one game with a concussion.

A fourth-round pick, Bryant has started nine games and made 24 catches for 238 yards and three touchdowns. He had three catches for 37 yards on Sunday, but also had a drop during Cleveland’s final drive.