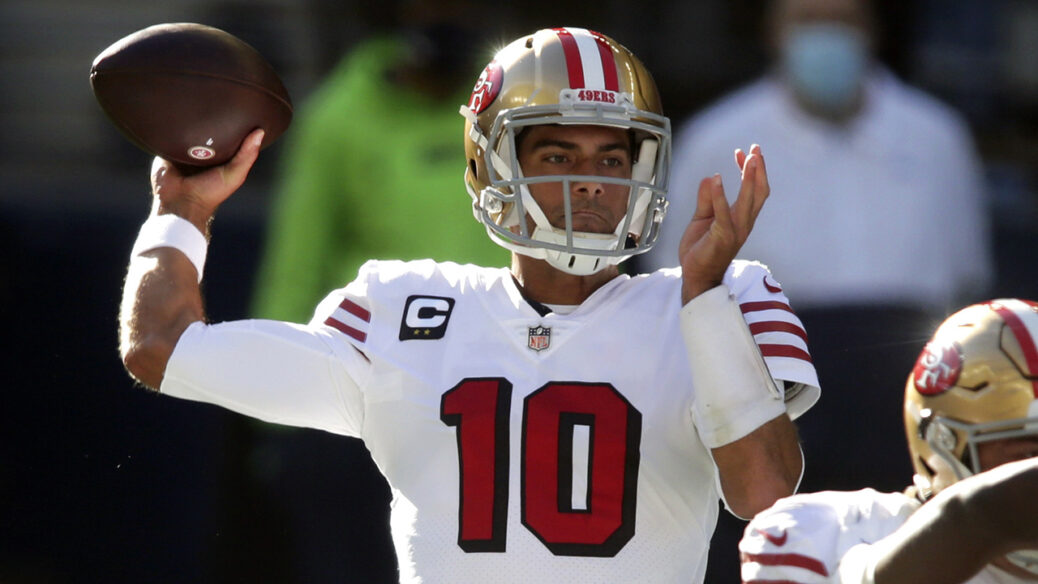 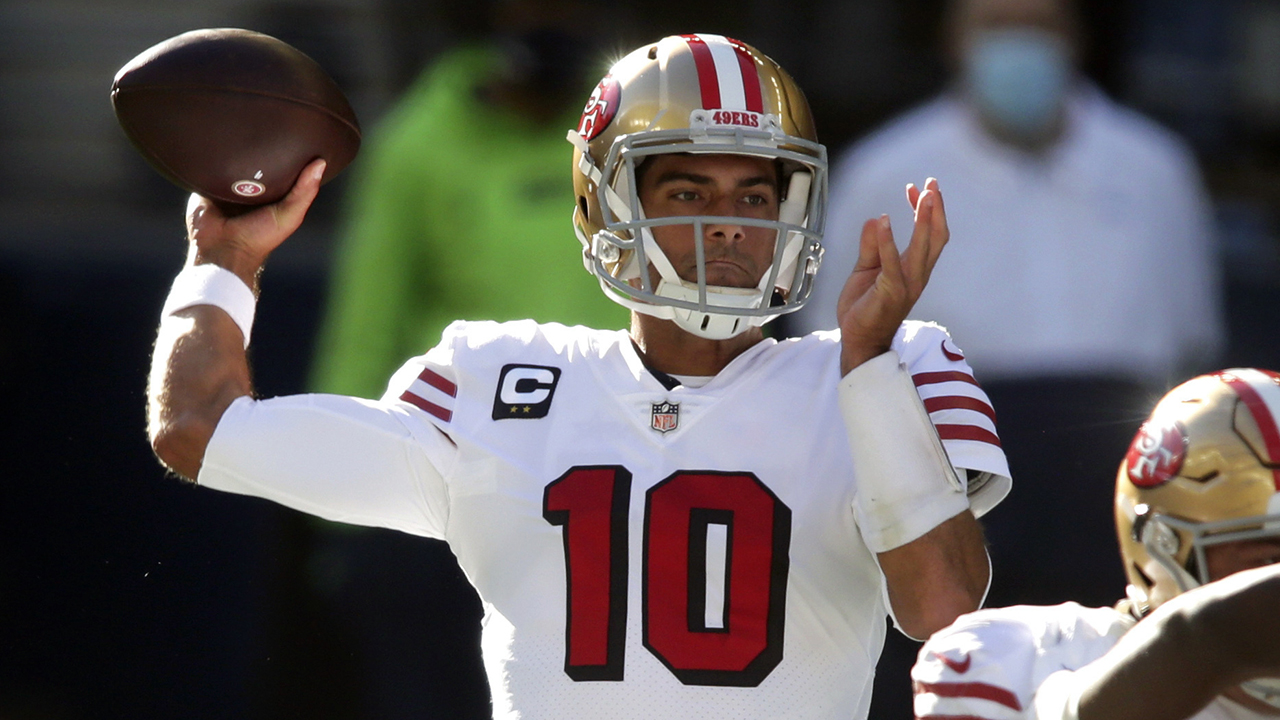 Drafting a quarterback has proven to be a touchy subject for some NFL teams (especially if you’re the Packers), but San Francisco 49ers general manager John Lynch says all is good in the Bay Area after the team traded up for rookie Trey Lance.

Lynch appeared in “The Herd with Colin Cowherd” on Tuesday to discuss the draft where the Niners shockingly drafted former North Dakota State quarterback Trey Lance over the reigning national champion, Mac Jones.

The move fueled speculation surrounding Jimmy Garoppolo’s future on the team but Lynch said the quarterback knew from the start where the team was headed – and their plans to keep him.

“I think Jimmy’s got a really good trust in myself and Kyle (Shanahan),” Lynch said. “I think you earn that, and I think from day one, we’ve been very upfront with Jimmy. When I went to Jimmy, I told him the truth. Like, ‘Look, we have made a decision that we’re going to pursue a quarterback this offseason. You know, Jimmy, when you’ve played, you’ve been tremendous, and the record speaks to that. We feel like there’s room for growth. The biggest thing has been it’s hard to keep you on the field.'”

“That’s not an easy thing to tell a player but Jimmy took it tremendously. And my other commitment was, ‘But here’s the good news, Jimmy. We don’t want you to go anywhere. We want you to be here, and our ownership has made the commitment that we can do that. We can fit it in our cap, and we think it’s a good situation for you; probably not the one you ultimately want to hear.”

He added that opportunity is still there for Garoppolo to compete for the starting job – signaling that a decision has yet to be made for Week 1.

“‘I’m sure you want to be the long-term guy. There’s a flip side to that. You still could be,’” Lynch said he told him. “Because he’s going to have a chance to compete and earn that job, and we’re just going to let that play out. But Jimmy’s a really good football player.”

In 2018, Garoppolo signed a five-year, $137.5 million deal with the 49ers. Over the last three seasons, the quarterback missed 23 games due to significant injuries, including a sprained right shoulder, a torn ACL, and two high ankle sprains. In his only healthy season with the team, the 49ers finished with a 13-3 record and made it to the Super Bowl.