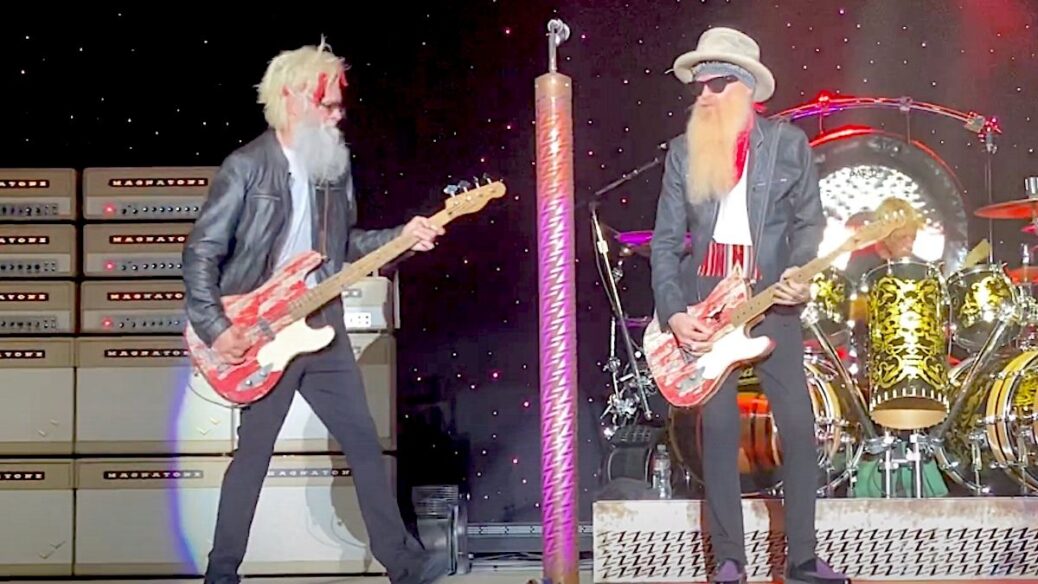 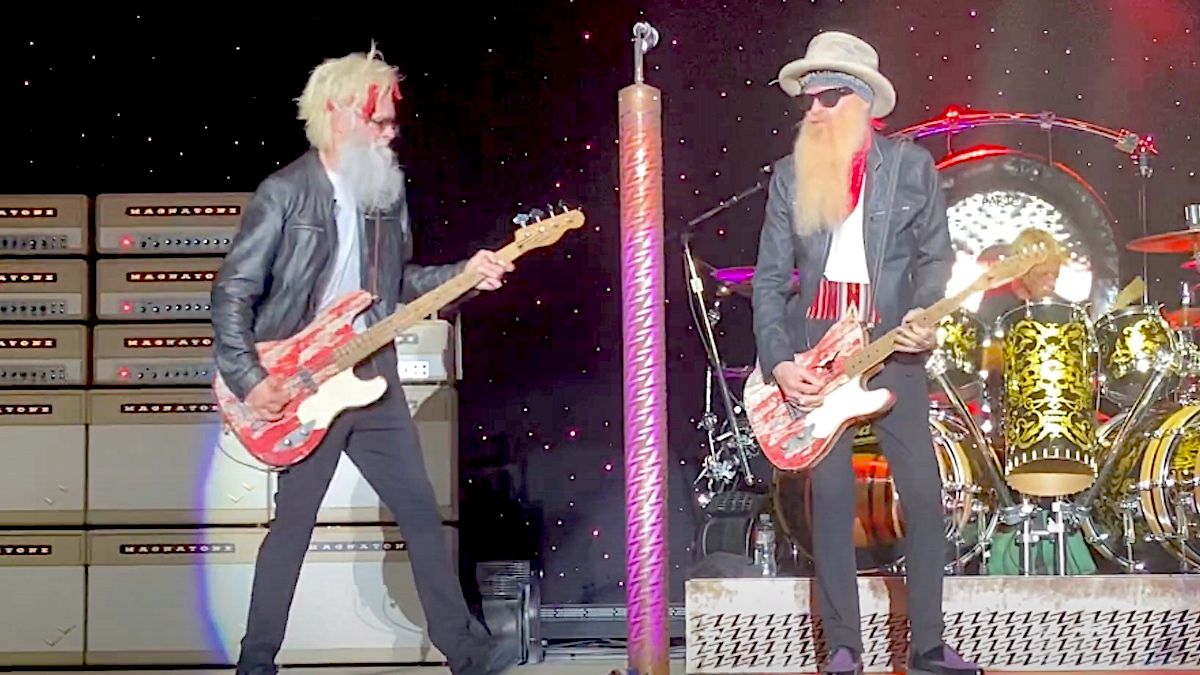 Just a few days after the sudden death of longtime bassist Dusty Hill, ZZ Top were back onstage playing a concert in Tuscaloosa, Alabama, on Friday night (July 30th). As was the case for a couple shows before Hill passed, the band’s guitar tech Elwood Francis took over on bass.

Throughout the evening, singer-guitarist Billy GIbbons made mention of Hill, who had been his bandmate for more than 50 years. “We’re gonna have a good time in here tonight,” said Gibbons as the show began. “Got a new guy up here, as you know. Dusty gave me the directive. My friend, your pal, Elwood Francis is gonna hold it down behind me.”

Francis is sporting a long beard himself after growing it out during the pandemic, with Gibbons saying from the stage, “How about that Elwood, tearing up that bottom there for Dusty? I’m gonna tell you, that beard is real, folks.”

Prior to the show, Gibbons gave an interview with Variety, detailing some of Hill’s health issues. “[Hill] did the first two [dates of the current tour],” said Gibbons. “And then he requested dismissing himself. He said, ‘Yeah, let me go check this out. And of course I said, ‘Hey, man, health is number one. Go do your thing.’”

He added, “It’s no secret that over the past few years he had a pretty rough go with a broken shoulder, followed with a broken hip. And he had some problems with some ulcers. So he’s been kind of tiptoeing through keeping himself ship-shape, best he could. But I think that this was a real challenge. And by throwing in the towel, it might’ve caught up with him. Who knows?”

As of now, it has just been reported that Hill passed away in his sleep. When asked about the cause of death, Gibbons responded, “Let’s face it, you don’t necessarily pass away from a broken shoulder or broken hip. Although the attending physician had earlier warned him that bursitis was not uncommon, even arthritis, and they said it’s not a very comfortable place to be. And I could tell that he was moving a little slow. He said, ‘Boy, this shoulder and hip are really starting to become a problem.’ But, as of this juncture, yeah, it was off to dreamland and beyond.”

Gibbons also detailed his feelings since Hill’s passing, saying, “I had a couple of moments with the waterworks coming and going, and I really felt a sense of relief. I said, ‘Gee whiz, maybe I am human after all.’ This is coming from a very deep and glorious place, with respect to knowing that after 50 years with the guy, we were all joined at — no pun intended — joined at the hip.”

Elsewhere in the interview, Gibbons discussed Francis’ transition from longtime guitar tech to band member. He also mentioned that ZZ Top had been working on a new album. “Within the last couple of months, we were reviewing a couple of the rough tracks that were starting to come together from the sessions that we were conducting just a few months ago.”

He continued, “It’s gonna require some completion work. I think the luck of the draw was, I handed Dusty a couple of lyric sheets and I said, ‘Hey, see if you can make heads or tails out of this.’ He said, ‘Can I sing it?’ I said, ‘Dusty, you could sing the calendar if you wanted to — people would love it.’ … So, yeah, we’ve got a couple of things [with Dusty singing lead] that’ll make sense.”