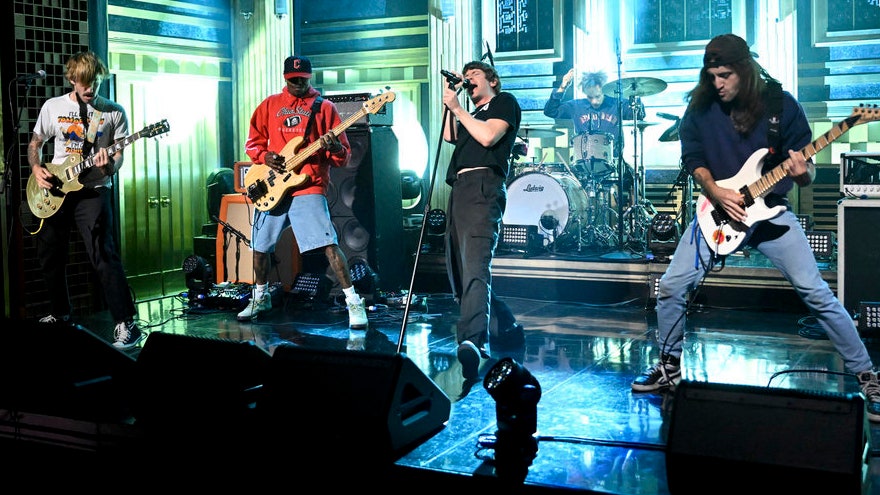 Turnstile have been taking over late-night TV one show at a time, and they continued that streak on Monday night with a visit to The Tonight Show Starring Jimmy Fallon. For the occasion, the Baltimore hardcore band played “Blackout” from their album Glow On. Watch a replay of their performance below.

During a stop in Vancouver, the band also connected with Nardwuar for an interview. Watch him present them gifts and blow their minds with intimate knowledge of their respective histories below.

Last December, Turnstile made their TV debut on Late Night With Seth Meyers with passionate renditions of “Mystery” and “T.L.C. (Turnstile Love Connection).” In March, the band also played Jimmy Kimmel Live! where they performed a four-song medley of Glow On material.

Right now, Turnstile are on the road for a massive world tour in support of Glow On. The trek began in February and includes stops at music festivals like Lollapalooza, All Points East, and Osheaga before concluding in September.

Turnstile recently made internet history as the first ever hardcore band to perform a “Tiny Desk (Home) Concert” for NPR, which they celebrated by teaming up with Hate5six and Give’s John Scharbach for a stuffed animal-filled set. Turnstile also created a music video for “Underwater Boi” using captured footage from the video game Second Life. 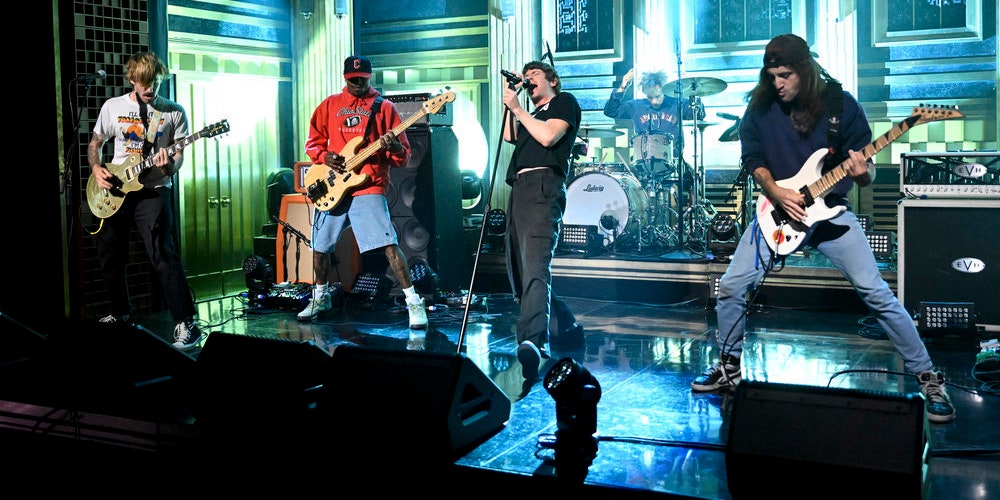