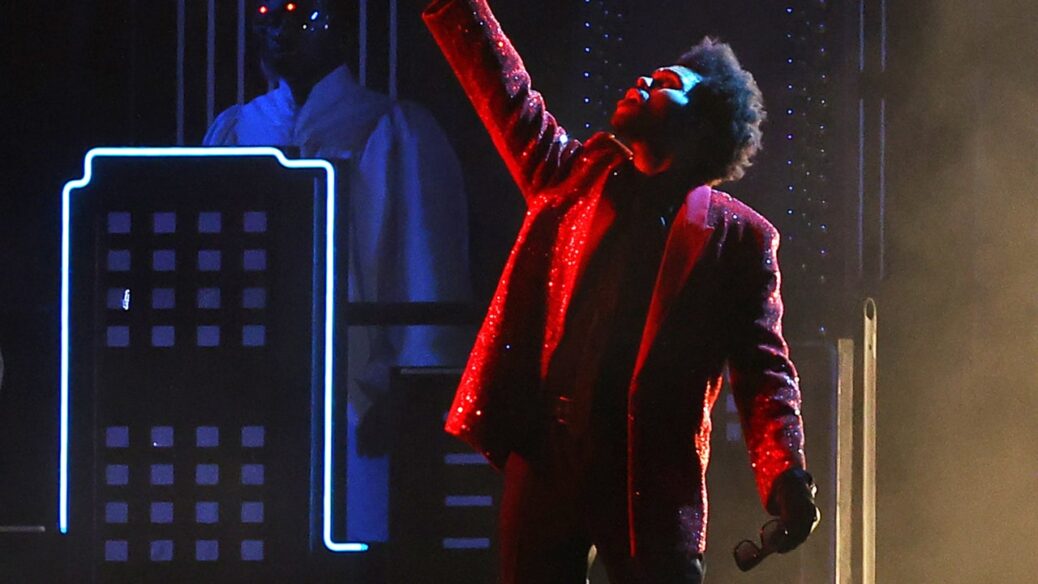 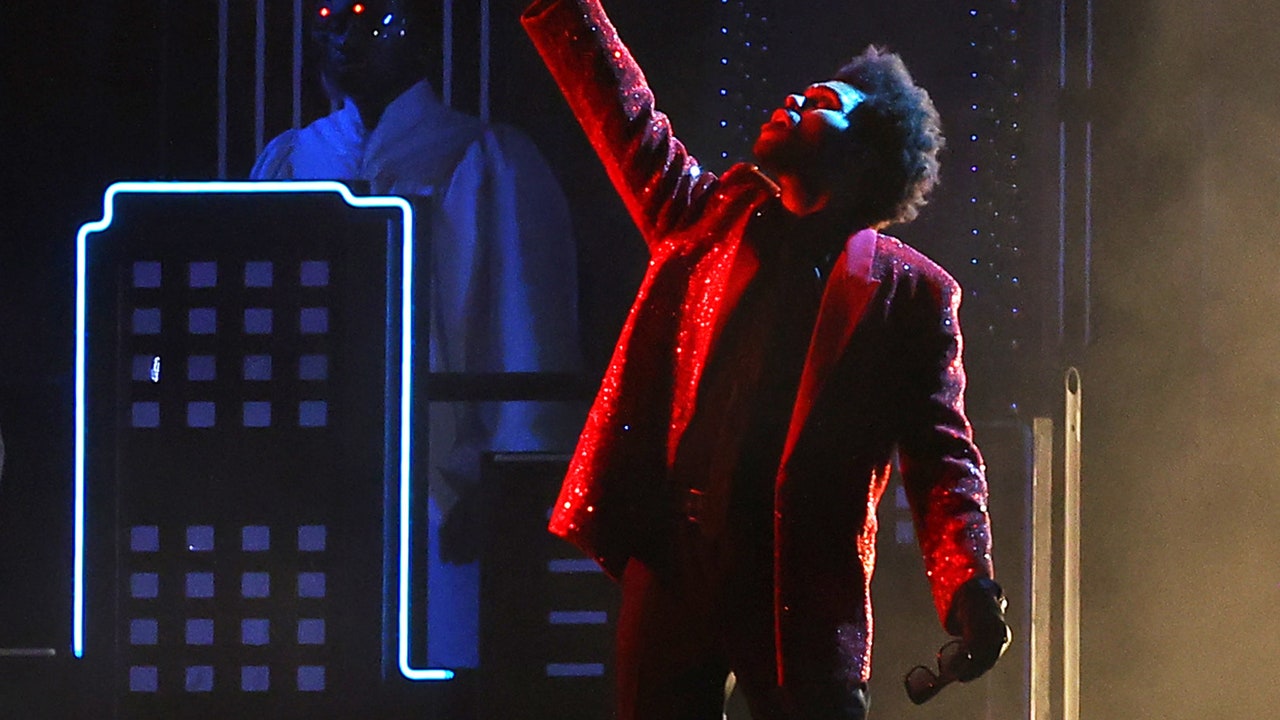 The Weeknd pulled out all the stops for his much-anticipated Super Bowl 2021 Halftime Show performance. He arrived on a set that appeared to have a Vegas-style skyline alongside a choir performing in red goggles (like a bunch of Mothmen). Watch the performance below.

He opened with “Starboy” and “The Hills.” When he did “Can’t Feel My Face,” he went into a tight mirrored corridor accompanied by a bunch of people with their faces bandaged up. He reemerged for “I Feel It Coming” and “Save Your Tears.” A string section joined him for “Earned It.” The Weeknd and his dancers hit the field for “House of Balloons” (yes—a Siouxsie and the Banshees sample played at the Super Bowl) and then a massive performance of “Blinding Lights.” Oneohtrix Point Never was a musical director for the performance, working on the transitions, according to a representative for the Weeknd.

The Weeknd revealed in the days leading up to the Super Bowl that his performance would have “no special guests.” The singer reportedly poured $7 million of his own money into the production costs for the performance, which was held in the stands of the arena as opposed to the usual on-field stage that has been rolled out in years past. As a report in The New York Times detailed last week, the size of year’s halftime show production was noticeably smaller in scale, employing only a “fraction of the work force” typically required to make it happen.

Earlier in the night, H.E.R. performed “America the Beautiful,” while Jazmine Sullivan and Eric Church sang the national anthem. Below, watch a sketch James Corden did with the Weeknd about the Halftime Show.

Earlier in the evening, Jazmine Sullivan and Eric Church sang the National Anthem, and H.E.R. did a performance of “America the Beautiful.” 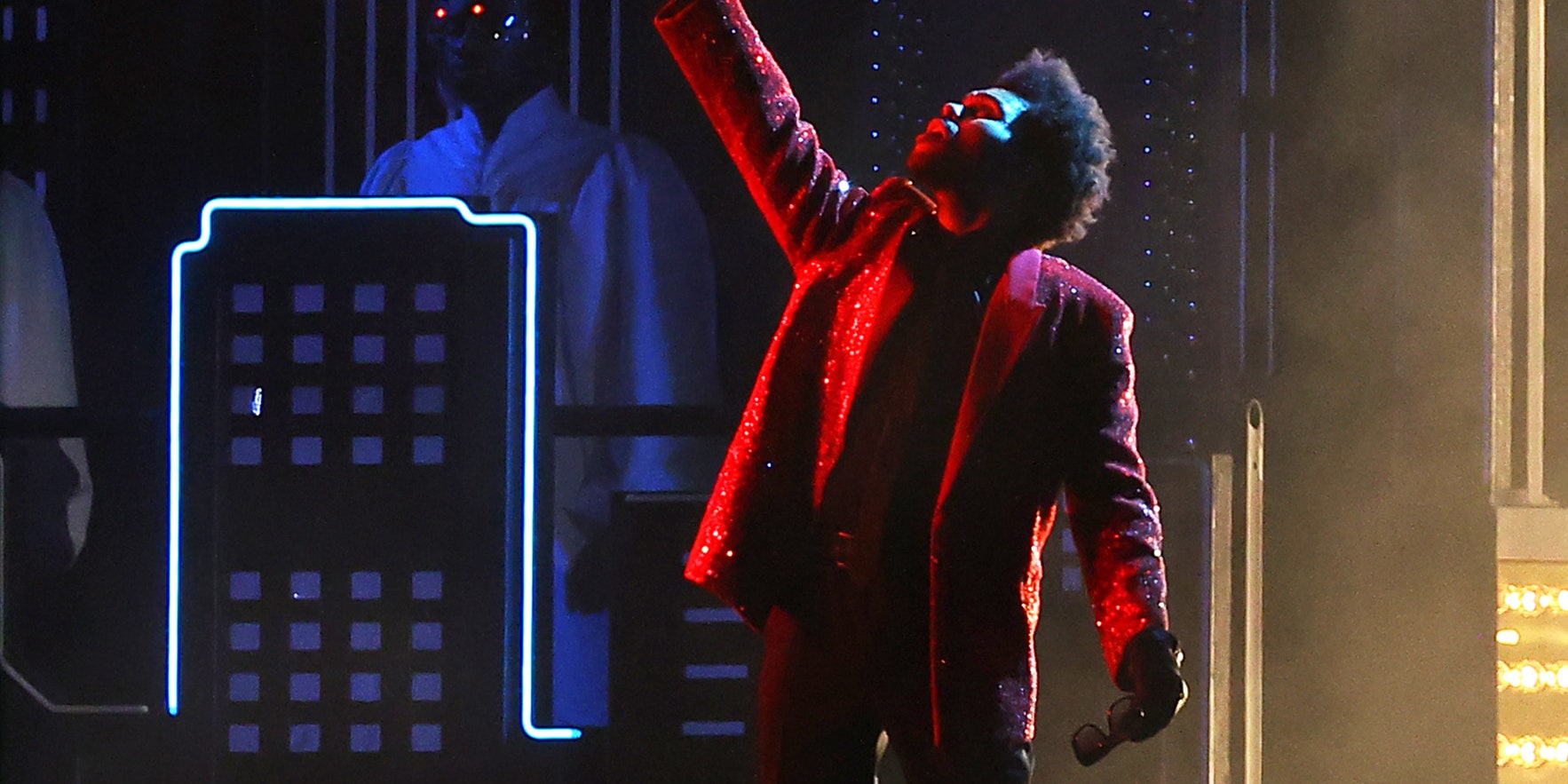