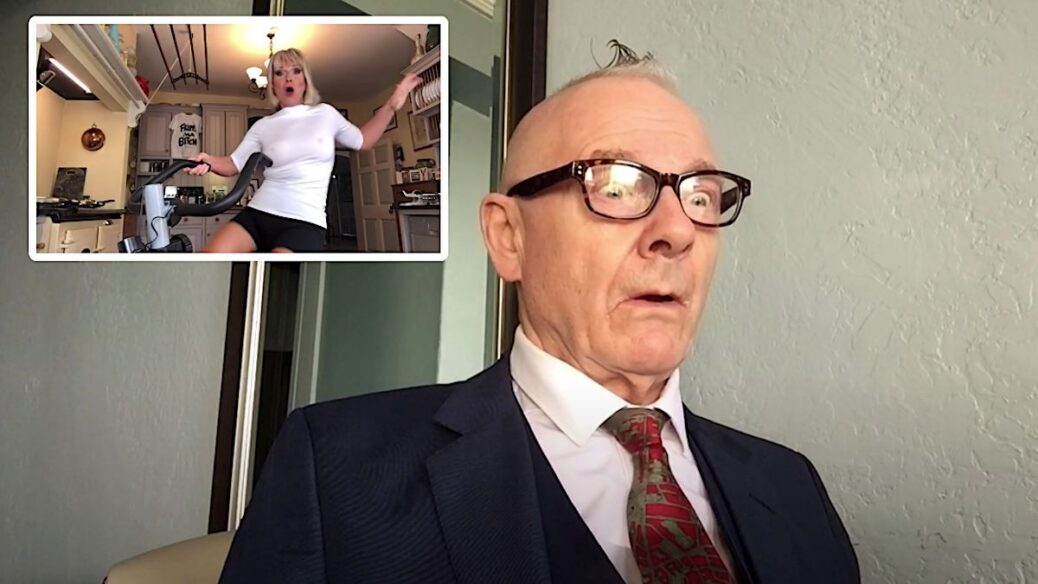 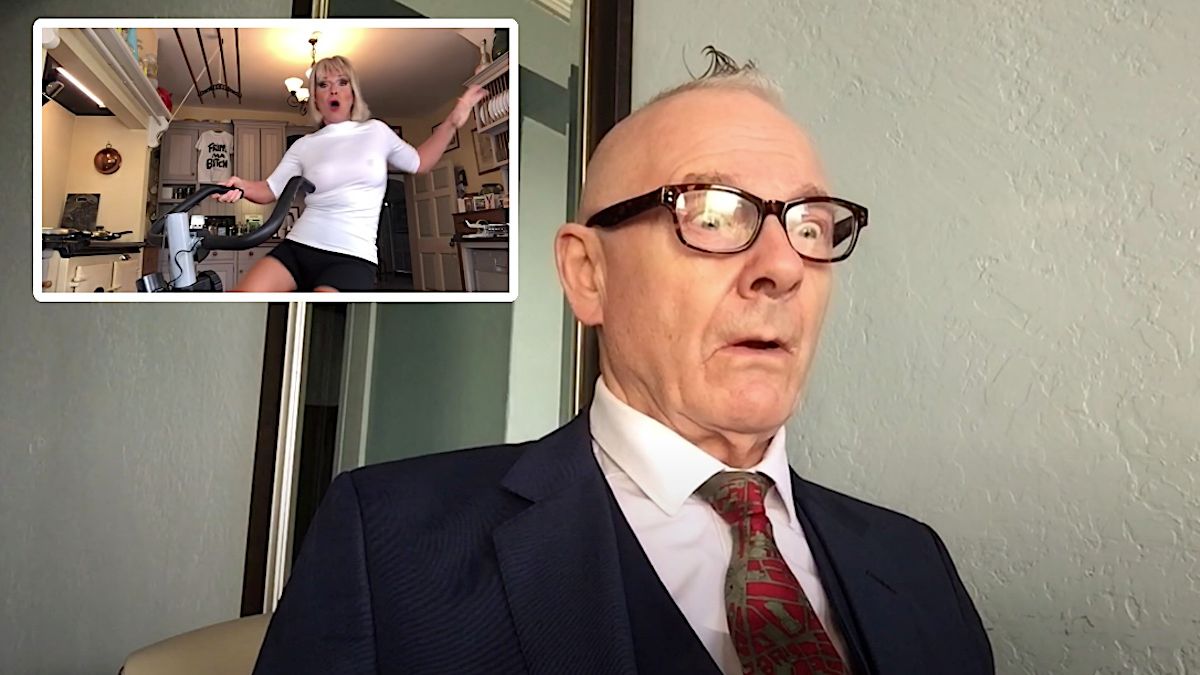 Even the Atlantic Ocean can’t keep rock’s friskiest couple from entertaining each other (and their fans) every Sunday. With Robert Fripp out on tour in the United States with his legendary prog band King Crimson, his wife Toyah offered him a treat in the form of a sultry video message featuring her singing Divinyls’ “I Touch Myself” in the kitchen of their UK home.

Toyah and Robert have taken YouTube by storm over the past several months with their eccentric “Sunday Lunch” covers of rock classics, often with Toyah sporting a revealing outfit. For the latest edition of the popular series, Toyah brought back the see-through white shirt and exercise bike that helped propel their viral cover of Metallica’s “Enter Sandman” to more than 7.5 million views.

In the new video, Robert checks in with Toyah from a hotel on the road with Crimson, saying, “Let’s see what little sweet lips has for me.” He then plays Toyah’s video message, in which she says, “Hello baby, I’m keeping the bed warm for you,” before singing Divinyls’ 1990 hit. While watching, Fripp offers some near-cartoonish reactions, as his eyes pop out of his head in excitement, even letting out a “hubba, hubba” at one point.

Toyah will have to keep the seductive video messages going for another month, as King Crimson are scheduled to be on the road through mid September.

Up until the tour, Toyah, Fripp, and the mystery guitarist Sidney Jake had been convening every week in the kitchen to deliver fun takes on such songs as System of a Down’s “Chop Suey,” Motorhead’s “Ace of Spades,” and Sex Pistols’ “Pretty Vacant,” among other tunes.

Toyah is also getting ready to release a new album of original material titled Posh Pop on August 27th. The LP is available for pre-order at Amazon.

Watch Toyah excite Robert with her rendition of Divinyls’ “I Touch Myself” below.