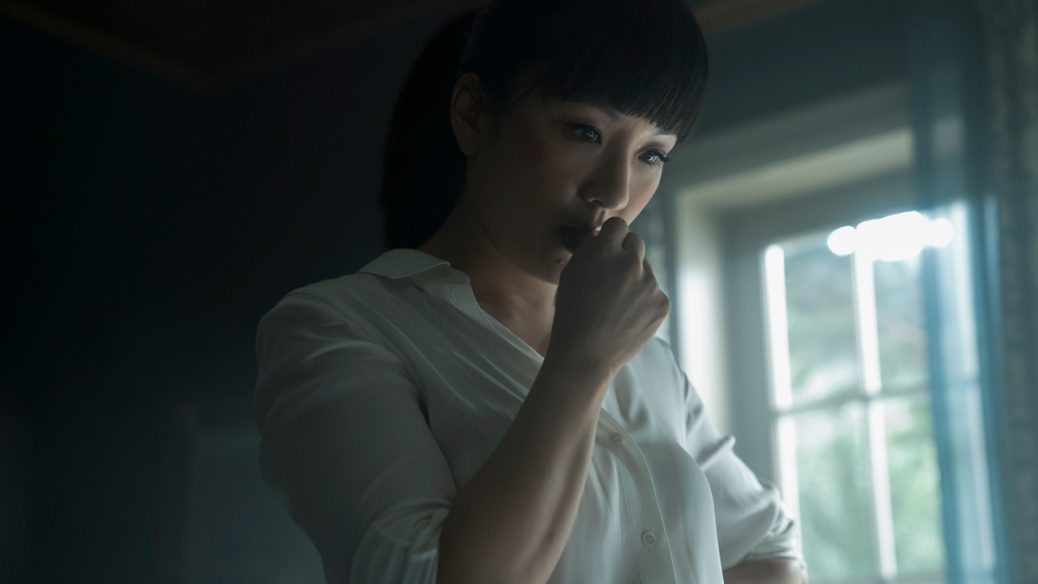 The Pitch: How badly do you want to see Johnny Karate gut a guy like a fish? That’s the question worth asking yourself before sitting down with The Terminal List, an exceptionally grim but sometimes gripping new series that features a deep bench of well-known actors that you can sometimes even see on screen. Antoine Fuqua directs the pilot episode of the Prime Video series, which features Ozark levels of dimness in its cinematography. Even with that hurdle, though, Chris Pratt in Very Serious Mode is pretty hard to miss.

The opening moments of the series open with a voice-over from Pratt making reference to the Bible’s Book of Judges, followed by an intense sequence of military combat that aims right at the heart of its target audience — the same folks who binge-watch every new season of Jack Ryan. While it’s filmed so much in shadow that it’s legitimately hard to tell what’s happening, we do get the gist of Lt. Commander James Reece (Pratt) leading his fellow Navy SEALs on a mission — one that goes so horribly wrong that only Reece and one other man survive, and that other man later is found dead by suicide… or so Reece is told to believe.

From here, the show pivots to its true form, because The Terminal List has a lot more in common with paranoid ’90s political thrillers than a rah-rah military recruitment piece. For after an unspeakable (or at least unspoilable) tragedy ensures that Reece has nothing left to lose, he enlists his remaining friends for a mission to bring down the corrupt influences within the military-industrial complex which led to so much death.

Serving as Denzel Washington to Pratt’s more murderous take on Julia Roberts is Constance Wu, playing a journalist who sniffs out something fishy around the initial story of Reece’s squad, only to get dragged deeper into the conspiracy as Reece comes to trust her. Meanwhile, along for the ride is Reece’s best pal Ben (Taylor Kitsch), who proves to be a valuable ally as Reece aims to track down everyone responsible for the lives that have been taken. (He’s got a list and everything. The people on it… might be terminal.)

A Lot of Good Men (and Women): For a series that feels a bit like it’s been flying under the radar (considering the damn movie star at its center), The Terminal List features a legitimately ridiculous cast beyond Pratt, with nearly every role filled by an actor you recognize. Arturo Castro! Sean Gunn! Jeanne freakin’ Tripplehorn!