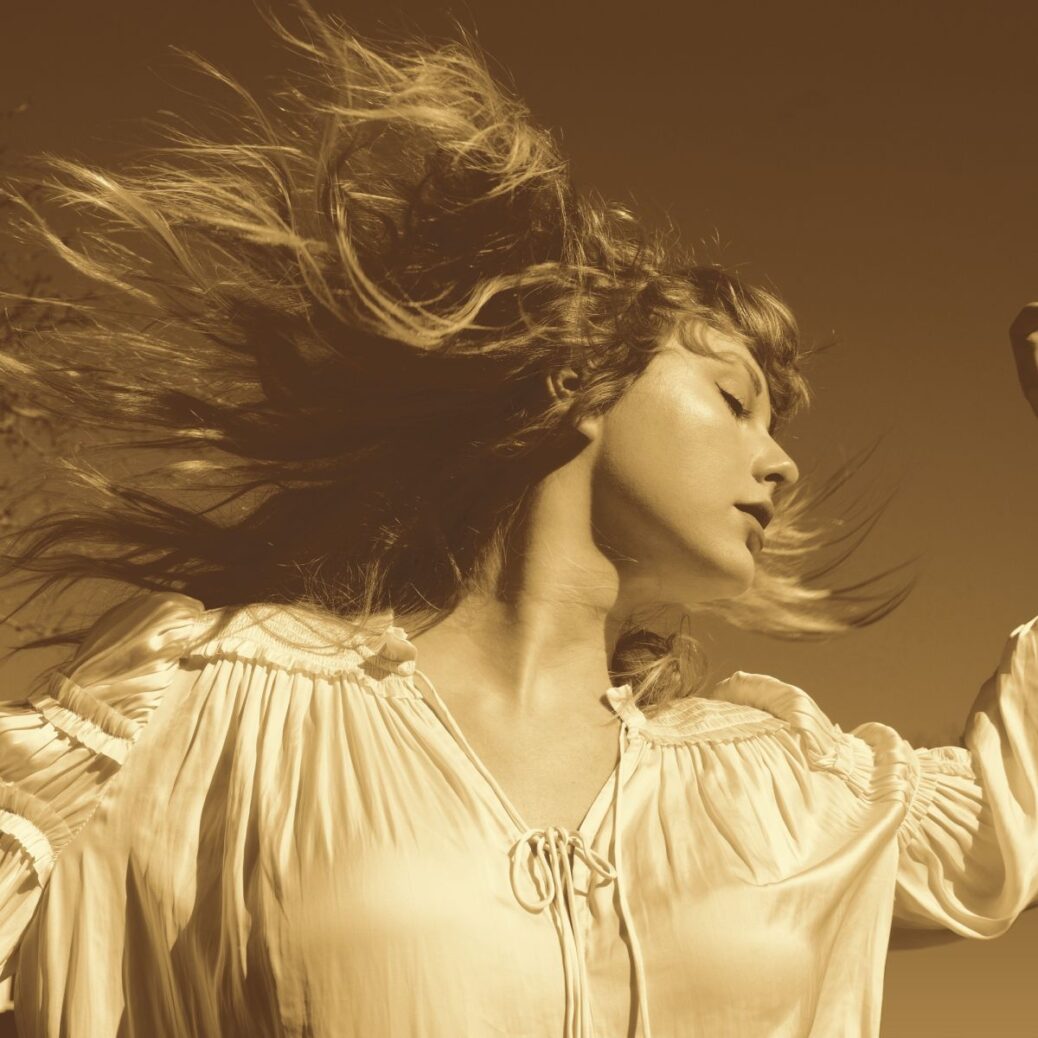 The Lowdown: “For years I asked, pleaded for a chance to own my work,” Taylor Swift wrote in a 2019 social media post after her longtime label, Big Machine, sold her master recordings without her consent. Swift had been unable to gain control of her first six albums through contract negotiations, and then Scooter Braun, who’d demonstrated public enmity with the singer-songwriter, was collecting the checks. (Braun’s company has since sold the masters to Shamrock Holdings for $300 million.) What’s one of the world’s brightest superstars and the preeminent pop poet of a generation to do?

The answer: Do it all again.

Swift has begun to re-record her back catalog, and the first release is Fearless (Taylor’s Version) from 2008. (For the Swiftian numerologists, with the new version of Fearless released on 4/9, Swift now owns 4 out of her 9 albums.) This pop-country juggernaut, her second album, was the most awarded in the history of country music, sweeping up honors from Album of the Year at the Grammys to Best Female Video at the MTV Music Awards. (Her VMA acceptance speech was notoriously interrupted by Kanye West, marking one small step for that Moonman, one giant leap for petty celebrity scandals.) Taylor’s Version includes new recordings of all 19 original tracks from the “Platinum Edition,” plus six never-before-released songs “from the vault.”

It also creates a soundalike alternative for both discerning fans and industries (from advertising to radio) to decide which album they play and license – the one owned by an investment firm or the one owned by the artist herself. In that way, Swift is asking (if not pressuring) us to choose. She’s also playing chess. For the critical listener, the questions are: How closely can Swift recreate beloved songs recorded 13 years ago (13 = big number in Swiftian lore)? How might she reimagine or even improve these songs? And how does one analyze an album when the album is also a chess move?

The Good: Damn, this album holds up – not only to the hype of its initial release, but despite that, beyond that. At the time of the initial release, the public was hung up on the figure Swift struck as a precocious ingenue in boots and ballgown, swinging an acoustic guitar with a knowing twinkle in her omg! expression. And Fearless still evokes that moment, but it emerges as a classic account of youthful romance, drama, and fantasy. “Love Story” remains a touchstone of Swift’s lyrical quirks and worldview but continues to stand out as a universally appealing pop song. (Put it on the next Voyager golden record, beam it into space.)

Swift has never been shy about mining her diaries and blowing up the most fleeting of feelings into emotional epics, but one can imagine the trepidation of a 31-year-old singing songs which are not only written by a teenager but so deeply ensconced in teenagehood. What cringe awaited us! These re-recordings, however, mostly escape cringe by playing it straight and allowing us, as the best songs do, to fill in the spaces. For example, much of the charm of bittersweet ballad “Fifteen” was the precocity of its delivery by an 18-year-old who perceived herself to be already so distant from adolescent innocence, but who still clearly felt its hurt so sharply. Now sung by “Pretty Grown Up” Taylor, the song conveys a different pathos: the knowledge not only of her own coming of age, but a protectiveness over the millions – multiple micro-generations – of fans she has witnessed come of age alongside and behind her.

But this is knowledge the listener brings to the listening, not a change that’s made explicit in the re-recordings. The arrangements remain faithful to the original, with plenty of heart-plucking banjo and cinematic fiddle, which belies both Swift’s confidence in the catalog and her honoring of fans’ commitment to these songs.

The most noticeable difference is Swift’s vocal ability, which has been deeply strengthened and expanded as an instrument, both by age and her force of will. Her command as a singer means that the high-flying hiccups and breaks and urgency of the original recording are gone. When she recreates these youthful flourishes – the twangy pronunciation of “Fee-uhr-less,” the laugh in “Hey Stephen” – the longtime listener recognizes them as recreations. But Swift’s fuller, smoother vocals on rage-romp “Tell Me Why” (hold that grudge, girl!) and “The Way I Loved You” (stay high on that drama, Tay!) inject these B-sides with new life.

The Bad: There is so much content in the Swift universe, and apparently in her bottomless Vault, that it can be (to quote “We Are Never Ever Getting Back Together”), exhausting. We could do without any of the “dance” remixes of songs like “Love Story”, for example. The six “From the Vault” tracks are solid, but it’s obvious why they didn’t make the final album cuts. The vibey electronic atmospherics of “Don’t You” and “Bye Bye Baby” sound like they come from a later era than Fearless. (The Vault exception might be upbeat breakup song “Mr. Perfectly Fine”, which resurrects Swift’s delightfully petty side. By the way, did she have to pay RuPaul for using the line “Sashay away”?)

While the fealty to the original recordings is understandable and even admirable, I wonder if there are missed opportunities for further reimagining of this collection. For example, could Swift re-order her at-times confounding tracklists for future releases or choose different singles to showcase previously overlooked songs?

The Verdict: There’s a chance that, based on the success of this release, Swift reaches a deal with the current holder of her masters and won’t re-record her entire back catalog. This is probably just the latest interesting thing she’s done in music and business, but it’s worth our consideration since it’s been undertaken with such care and could pave the way for other artists.

Swift has always been a masterful writer of short fictions, able to swell a small feeling or moment to contain an era, a relationship, a universe (a skill she continued to develop on folklore and evermore by drawing even more overtly from literature and film). Yet, this project of re-recording her catalog requires her to become a memoirist: re-examining her former selves and reinhabiting her former voice. It’s an opportunity to demonstrate the time-tested strength of the original music, but there was also an opportunity to re-evaluate previous positions and experiences, to reveal what they meant in the longer run. But Swift seems to resist passing judgment on her younger self. Instead, Fearless (Taylor’s Version) states boldly, simply and perhaps, generously, that this is a story still worth telling – and a fight worth fighting.

Essential Tracks: “Love Story”, “You Belong with Me”, and “Tell Me Why”