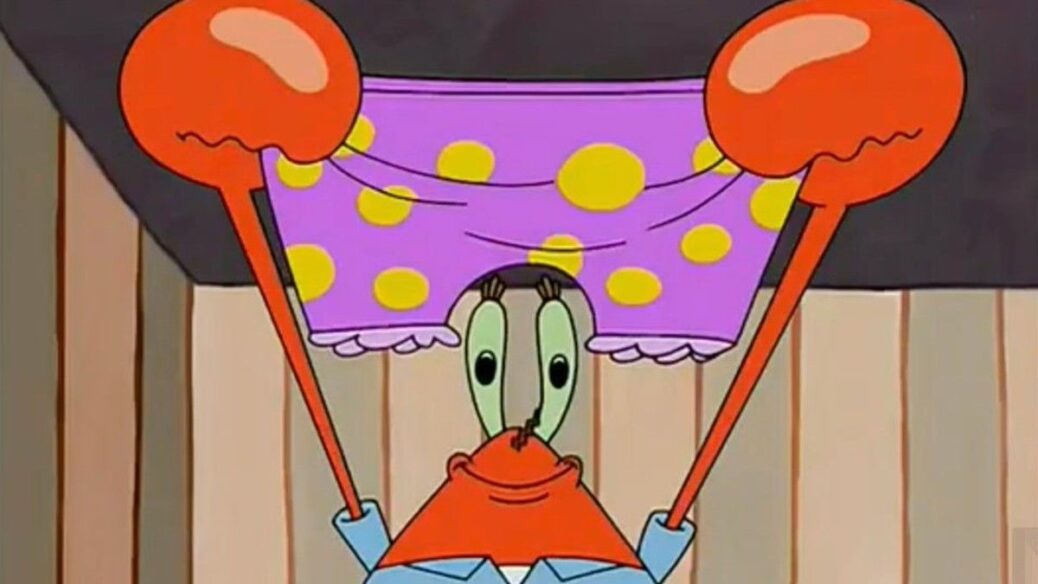 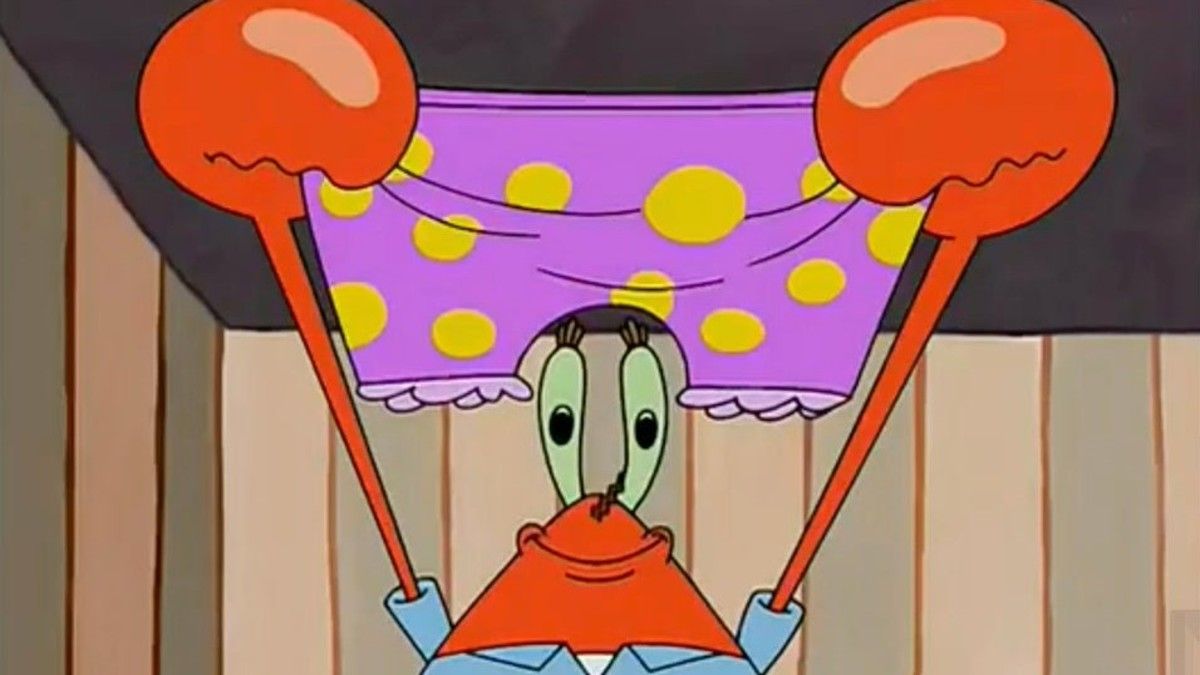 Two episodes of SpongeBob SquarePants have been removed from Paramount+ for content that Nickelodeon has deemed inappropriate. One is an episode about a “panty raid” involving Mr. Krabs, and another is about a dangerous flu outbreak that involves a quarantine scenario.

The beloved kids cartoon is one of the big-ticket items on the new streaming service that launched earlier this month, but apparently the catalog that they’re framing as comprehensive is missing a couple items. The more glaring of the two is a notable season three episode in which Mr. Krabs tries to reignite his youthful spark by spending an evening with SpongeBob and Patrick Star.

After a few boring activities that feel more like chores than fun to the middle-age restaurant owner, the boys suggest a “panty raid”: sneaking into a woman’s house and rifling through her underwear drawer. Mr. Krabs is delighted by the salacious act, but it takes a turn for the worse when the owner of the undergarments catches them in the act: Mr. Krabs’ own mother. Cringey hilarity ensues and businessman is banished to his childhood bedroom for the night, but apparently the show’s parent network has decided that this slightly raunchy plotline, which originally aired in 2003, isn’t fit for streaming in 2021.

A Nickelodeon representative confirmed with IGN that the episode in question, titled “Mid-Life Crustacean”, has been blacklisted by the company for almost three years now. “‘Mid-Life Crustacean’ has been out of rotation since 2018, following a standards review in which we determined some story elements were not kid-appropriate,” the rep told IGN.

Nickelodeon declined to comment on the specific storyline elements that led to their censorship decision, nor did they comment on why the episode was removed altogether instead of being slapped with a content warning, which is how competing services like Disney+ and HBO Max have treated content that they’ve deemed problematic by today’s standards.

According to IGN, the episode was still available on Amazon Prime when they initially published the story, but was taken down shortly after the article went live. They also confirmed that “Mid-Life Crustacean” is included in the DVD box set titled SpongeBob: The First 100 Episodes, which was most recently copyrighted in 2020. However, Nickelodeon once again declined to comment on whether it will be removed for future DVD releases.

The other episode that fans will have trouble (legally) watching right now is an eerily prescient 2019 ep called “Kwarantined Krab”. The basic plot is that a healthy inspector finds a case of “Clam Flu” at the Krusty Krab and all of the patrons and staff are forced to quarantine together in the restaurant. Like most virus outbreak stories, the characters begin to lose their marbles and distrust one another, banishing those who are suspected to be infected to the kitchen’s freezer.

“The ‘Kwarantined Crab’ [sic] centers on a virus storyline, so we have decided to not air it due to sensitivities surrounding the global, real-world pandemic,” the Nickelodeon rep told IGN. It’s unclear if it will be released again once the pandemic is in the rearview, but IGN reported that some Reddit users are claiming it’s not available on the recently-released Season 12 DVD.

Two SpongeBob items that’re definitely on Paramount+ are the new CG-animated movie, Sponge on the Run, and their new spin-off series Kamp Koral.