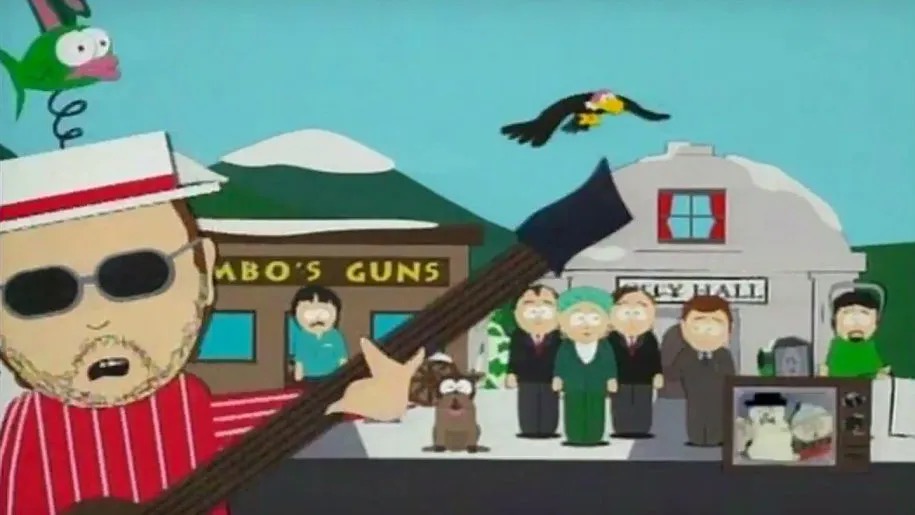 South Park creators Trey Parker and Matt Stone will also be appear at the concert. In a statement, the duo quipped: “We’re so excited to go home and play at Red Rocks, a place that’s been known for hosting the most legendary Artists and Musicians. Until now.”

A quarter century later, South Park is still going strong. The animated series’ 25th season is currently airing on Comedy Central, and Parker and Stone recently struck a deal with CBS/Viacom to create a bevy of made-for-TV films for the Paramount+ streaming platform.

Next month, Primus will launch their RUSH tribute tour, with dates running through the end of June (you can get tickets here). Claypool recently spoke to our own Kyle Meredith about the tour and the band’s forthcoming EP. Listen to their conversation here.