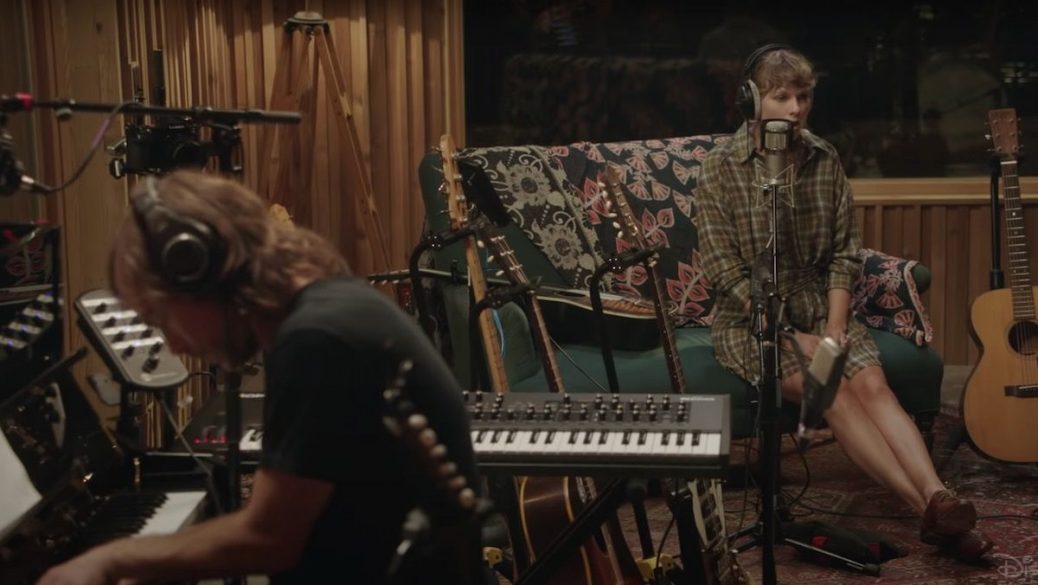 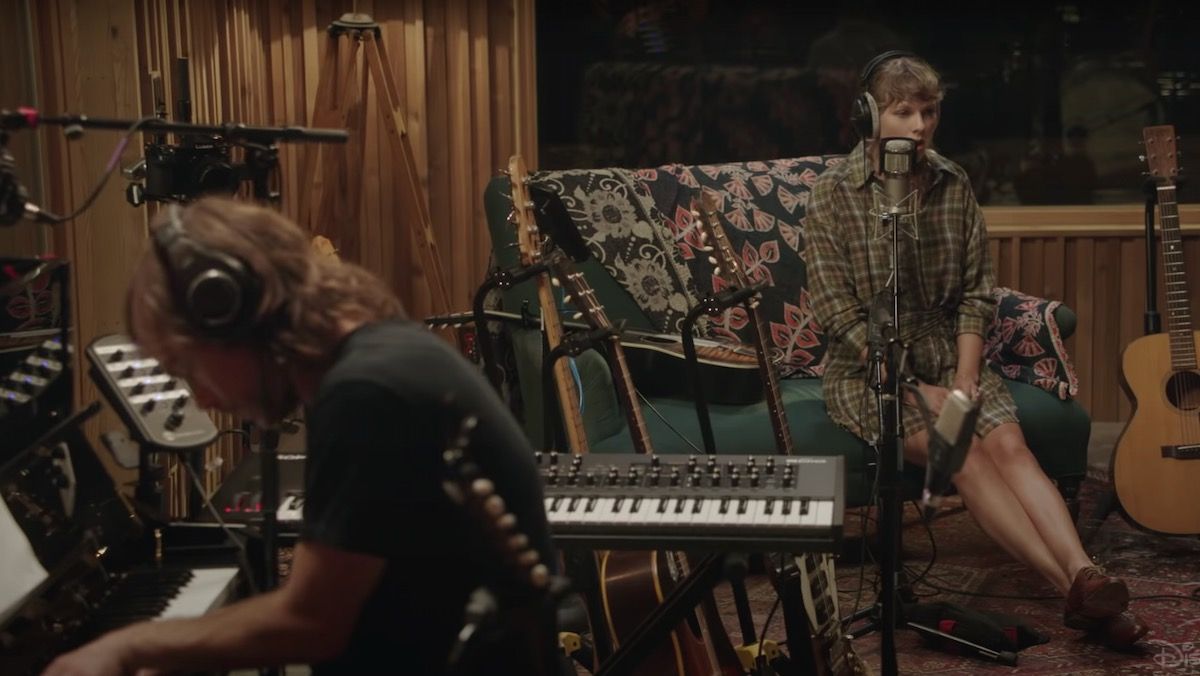 Unable to tour due to the ongoing pandemic, Taylor Swift opted instead to write and record her new album folklore. The album’s intimate, lo-fi sonics are largely a reflection of its recording process, as the normally bombastic pop singer was forced to record the 16-track LP in isolation, with collaborators Aaron Dessner and Jack Antonof contributing remotely.

Now, months after the album’s release, the trio is finally meeting in-person for a live performance of folklore. Premiering tomorrow (!), November 24th on Disney+, folklore the long pond studio sessions finds Swift, Dessner, and Antonoff holed up at the Long Pond Studio in Hudson, NY, performing tracks from the album live for the first time. What’s more, Bon Iver’s Justin Vernon even stops by to perform his duet with Swift, “Exile”.

“It’s an album that allows you to feel your feelings, and it’s a product of isolation,” Swift says in the film’s trailer.

folklore the long pond studio sessions will premiere starting at Midnight PT. If you don’t already have Disney+, you can sign up here.

Well it’s 11/24 and 24-11=13 so I’ve got an announcement 🤓 You haven’t seen this film before ✨ folklore: the long pond studio sessions will be out tonight at midnight PST on @DisneyPlus! #folkloreOnDisneyPlus pic.twitter.com/BTWSRM0yaI