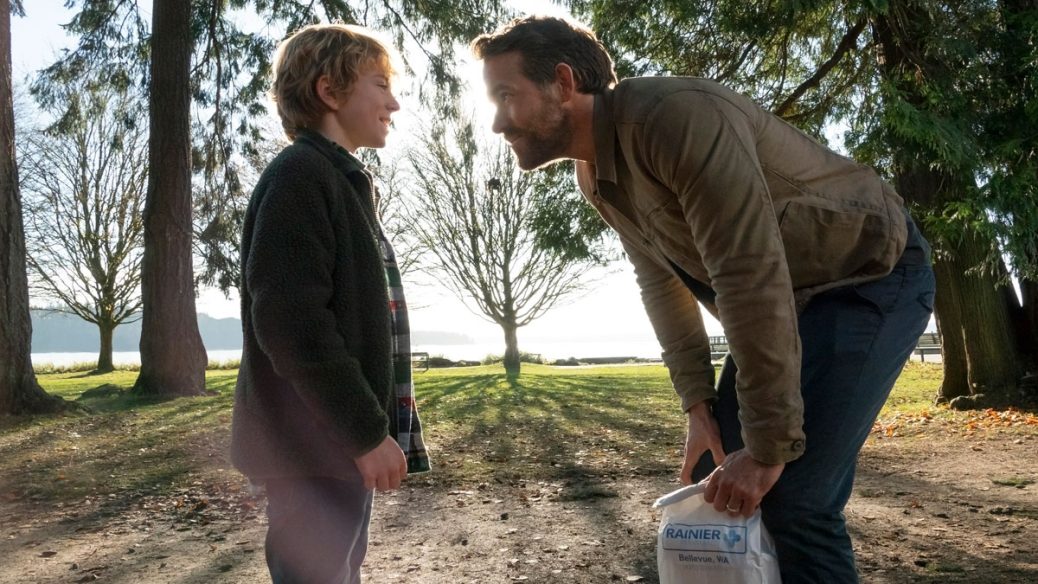 The Pitch: The Adam Project is centered on the kind of question asked during job interviews and looming existential crises: “What would you say to your younger self, should you have the chance?” But in the case of Adam Reed (Ryan Reynolds), that’s not why he’s traveled back from the year 2050 to the present.

Adult Adam’s on a quest to find his wife Laura (Zoe Saldana), a fellow time traveler in the program controlled by the duplicitous Maya Sorian (Catherine Keener). Unfortunately, he doesn’t quite hit the time period he was looking for, instead blundering across his pre-teen present-day self (Walker Scobell), a plucky but troubled kid coping with the recent death of his scientist father Louis (Mark Ruffalo), school bullies, and other indignities of growing up.

While initially reluctant to team up with his younger self, Adam eventually has no choice but to do so in order to repair his time ship. Unfortunately, this drags them both into the line of fire as Sorian sends back forces to stop adult Adam from finding Laura — and potentially bringing the whole concept of time travel to an end, with a little help from Louis… in a different time.

The Adam Project is in many ways very much a Shawn Levy film, his second collaboration with Reynolds and spiritually very much in line with the more kid-friendly pictures of his career, especially the painfully underrated Real Steel. Despite some of the more potentially serious topics of the film, even Stranger Things has more edge and grit; while rated PG-13, the target audience definitely leans more towards the 13-year-old set.

Your personal enjoyment of The Adam Project is likely very, very dependent not just on your age, but on how you feel about Reynolds as a performer; whereas a movie like Free Guy pushed Reynolds to play a bit more of a character than he might normally, this role falls very firmly into the snarky meta-joke-cracking persona cemented by Deadpool but honestly illustrated by a good dozen of Reynolds’ other roles.

You’re not really a movie star until you’ve got your “thing” locked down, and congrats to Reynolds for finding his comfort zone as an actor, but this is the sort of role where he could have pushed a little further to play less of a type and more of a person. Because, despite the opportunity to depict this human being at multiple points in his life, Adam as a character never coalesces beyond a standard Reynolds stock performance — though it is fun to see Scobell deliver a pretty convincing imitation of Reynolds in a younger context.

(Scobell in general contributes solid work here, which is pretty impressive given that it’s his first film; it’ll be interesting to follow his career, and see if his range extends beyond “young Ryan Reynolds.”)

Another key factor holding the film back is the visual effects, which have the same level of production value as a 2000s-era sci-fi TV drama. Except that those shows knew how to write towards their limitations — meanwhile, the ambitions of The Adam Project, including moments that involve de-aging characters and doubling them in the same scene, go beyond what this effects team was able to achieve with the time and budget given, giving the project a store-brand feel despite the name-brand cast.