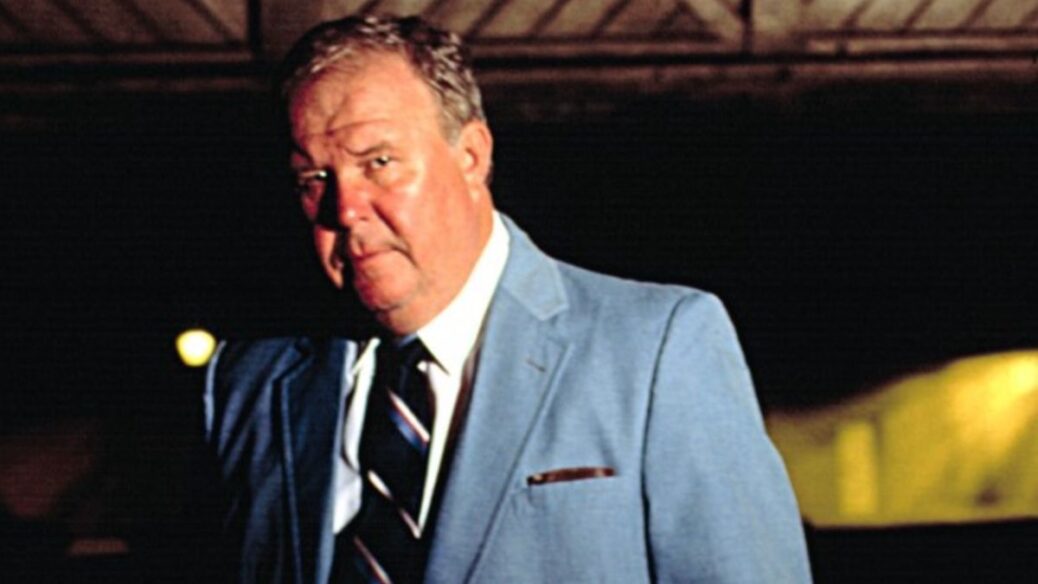 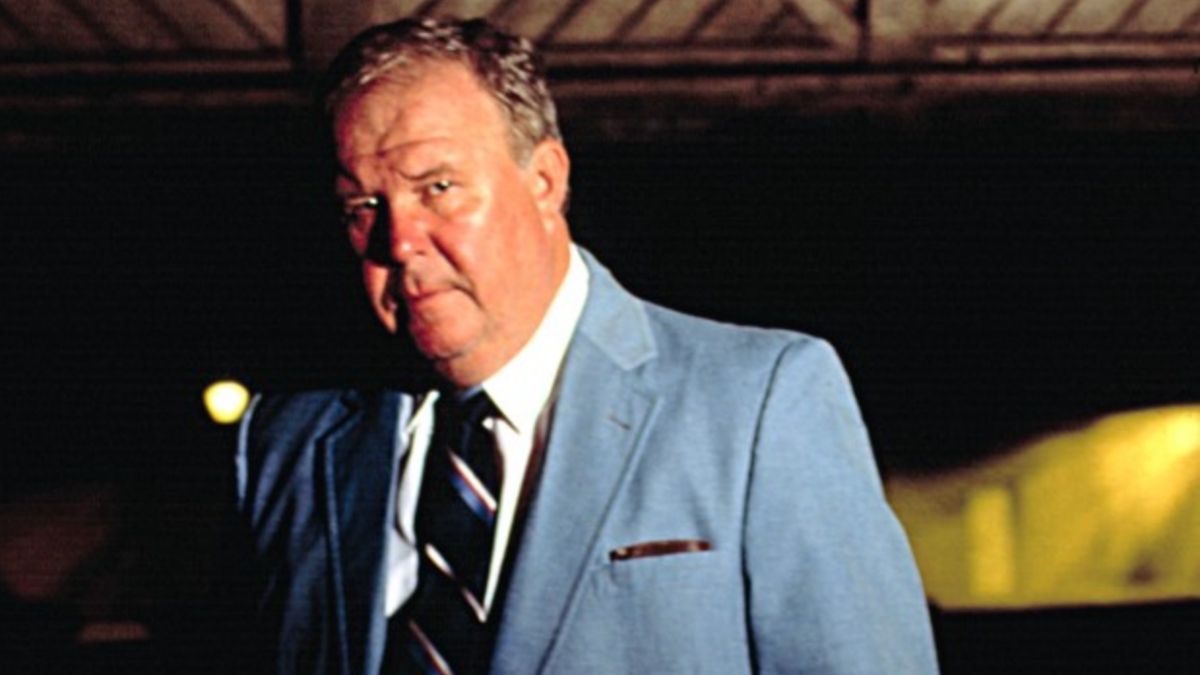 Ned Beatty, the Oscar-nominated actor best known for his roles in films like Network, All the President’s Men, Superman, and Toy Story 3, has died. Beatty’s manager confirmed he passed away this morning of natural causes. He was 83 years old.

Born in 1937 to Charles and Margaret Beatty, Ned grew up in Louisville, Kentucky, where he found a passion for singing in both gospel and barbershop quartets, and at his local church. Eventually, this musical talent earned him a scholarship to Lexington’s Transylvania University, where he was a member of the school’s a capella choir. However, he did not graduate, opting to pursue a career in theater and making his stage debut at age 19 in an outdoor historical pageant in Berea, Kentucky called Wilderness Road.

Over the course of his life, Beatty was married a total of four times. His first marriage to Walta Chandler began in 1959. The couple had four children — Douglas, twins Charles and Lennis, and Walter — and divorced in 1968 after nearly a decade of marriage.

Fresh off his divorce, Beatty transitioned from the stage to the screen in the 1970s, making his film debut in 1972’s Deliverance opposite John Voight and Burt Reynolds. Over the next few years, he made appearances on numerous television shows, including The Waltons, M*A*S*H, The Rockford Files, and Gunsmoke in addition to his burgeoning career as a film star.

In 1976, the actor played a supporting role in Sidney Lumet’s Network, which earned him an Academy Award nomination for Best Supporting Actor. He followed that major milestone up by portraying chief investigator Martin Dardis in the classic biographical political thriller All the President’s Men as well as Lex Luthor’s bumbling henchman Otis in 1978’s Superman and 1980’s Superman II. The end of the decade also saw Beatty earn his first nod at the Emmys, where he was nominated for Outstanding Lead Actor in a Miniseries or a Special for the 1979 television move Friendly Fire. That same year, he ended his second marriage to Belinda Rowley — with whom he had two more children, son John and daughter Blossom — and married for a third time to Dorothy Adams “Tinker” Lindsay. The couple would go on to have Beatty’s seventh and eighth children: son Thomas and daughter Dorothy.

Throughout the 1980s, Beatty worked with the likes of Lily Tomlin (1981’s The Incredible Shrinking Woman), Richard Pryor (1982’s The Toy), Dennis Quaid (1987’s The Big Easy), and Pierce Brosnan and Michael Caine (1987’s The Fourth Protocol). During the decade, he also reunited with his former co-stars Burt Reynolds and Christopher Reeve for the 1988 comedy Switching Channels and began a recurring role as the father of John Goodman’s character on the hit sitcom Roseanne.

Beatty kicked off the 1990s with a pair of major award nominations: his second Emmy nod for 1990’s Last Train Home and his first Golden Globe nod for his portrayal as Irish tenor Josef Locke in 1991’s Hear My Song. He also played the father of the titular football star in the 1993 sports classic Rudy and starred as detective Sandy Bolander in the first three seasons of NBC’s long-running police procedural Homicide: Life on the Street among a litany of other film and TV roles.

At the turn of the century, the actor reprised his role as Detective Bolander for Homicide: The Movie. During the decade he went on to appear in 2003’s weepy drama Where the Red Fern Grows, 2007’s Charlie Wilson’s War opposite Tom Hanks and Julia Roberts and  2009’s The Electric Mist with Tommy Lee Jones. In 1998, he divorced his third wife Tinker after nearly 20 years of marriage, and the following year married for a fourth and final time to Sandra Johnson. The couple remained together through the time of Beatty’s passing.

In the 2010s, Beatty turned his attention to animated films, voicing antagonist Lots-O’-Huggin’ Bear in 2010’s Toy Story 3, as well as working alongside Johnny Depp and director Gore Verbinski on the 2011 animated Western comedy Rango — again as the kid-friendly movie’s baddie, a calculatingly political desert tortoise named Tortoise John. In 2013, he appeared in the dark comedy film The Big Ask, which was co-directed by his youngest son, Thomas. His final role before retirement was in 2013’s Baggage Claim, which also starred Paula Patton, Taye Diggs, Adam Brody, Jill Scott, Djimon Hounsou, Jenifer Lewis and Christina Milian.

Ned Beatty. Superb character actor – my fave being his brilliantness in NETWORK (one of the greatest screenplays and films of all time) So ahead of its time. And same for Mr. Beatty. RIP https://t.co/yzw05ip7zw

RIP Ned Beatty, so good in so many films pic.twitter.com/Tz6XbaIQac

We lift our prayers for Ned and all who loved him. pic.twitter.com/yjeJLdX6JM

The primal forces of nature have come to collect Ned Beatty. He was great in NETWORK, SUPERMAN, DELIVERANCE and the TV series HOMICIDE (and so much more), but don’t forget his chilling, villainous turns in WHITE LIGHTNING and MIKEY AND NICKY. https://t.co/cJMoFevJBx

RIP Ned Beatty. One of the all time best. pic.twitter.com/phiMHmdKTs

Just heard that Ned Beatty passed away in his sleep.

It was a joy and and an incredible honor to work with him.

Thanks, Ned, for bringing Lotso to life — both his good side and his not-so-good side. We’ll miss you. pic.twitter.com/mDP9pP2vg1

A few years ago, Ned Beatty told me the extraordinary story of how he won his role in NETWORK after a meeting with Paddy Chayefsky and Sidney Lumet. May he rest in peace. pic.twitter.com/fLbHUrKNPD

RIP to the one and only Stanley Bolander, dear to me because he helped pull my ass off the rewrite desk and launch me in television. But my favorite of Ned Beatty’s many great roles: “Hear My Song.” Going to watch that gentle masterpiece again in his memory. pic.twitter.com/Bff0CE4qA9

RIP Ned Beatty. Gave voice to yet another Paddy Chayefsky prophecy that has come totally and terribly true. pic.twitter.com/hv0S6lFNEe