Four months ago, at this very outlet, I wrote these words: “If you see Tenet or Mulan or Black Widow on VOD, skipping theaters entirely, you can take that as an omen. It wouldn’t be a sign that you’re getting big movies at home. This would be a sign that movie theaters are dead and buried.” I’m not here to toot my own horn — getting, at most, one out of three right isn’t that impressive. Less than two weeks after this op-ed was published, Disney CEO Bob Chapek revealed that Mulan would be breaking down a major barrier of the movie industry, and heading straight to Disney+ for a premium cost. With that experiment in the rearview, we’re just over a month away from the arrival of another marquee title to Disney+, Pixar’s latest film Soul, only with no upcharge.

Movie theaters aren’t yet actually dead and buried, of course. Comcast, after angering theater exhibitors in the Spring with the reveal that Trolls World Tour would be skipping theaters and going straight to VOD (before eventually winding up on the streaming service Peacock), has gone all-in on theatrically released films. On Friday the 13th, Universal released the new Blumhouse production Freaky, and they’re still full speed ahead on the wide release of The Croods: A New Age the weekend of Thanksgiving. (You know, the second Croods movie? A sequel to the 2013 DreamWorks Animation film that we all know by heart?) Though these aren’t the biggest titles Universal has to offer — those would be the ninth Fast and the Furious film and No Time To Die, the last Daniel Craig-starring James Bond story — it’s a sign that one studio refuses to fully give up on theaters.

But while Universal poses the biggest competition to Disney in the long run, the fact remains that Disney is still the top studio in Hollywood and they … well, they have pretty much roundly ignored movie theaters in the last few months. Mulan and Soul are just two of the bigger examples; the studio also sped up the release of Hamilton to go straight to Disney+, and they also released Artemis Fowl on the service over the summer. (Not that Artemis Fowl was … y’know, good. But it was a high-budgeted blockbuster originally intended for theaters in the summer.) 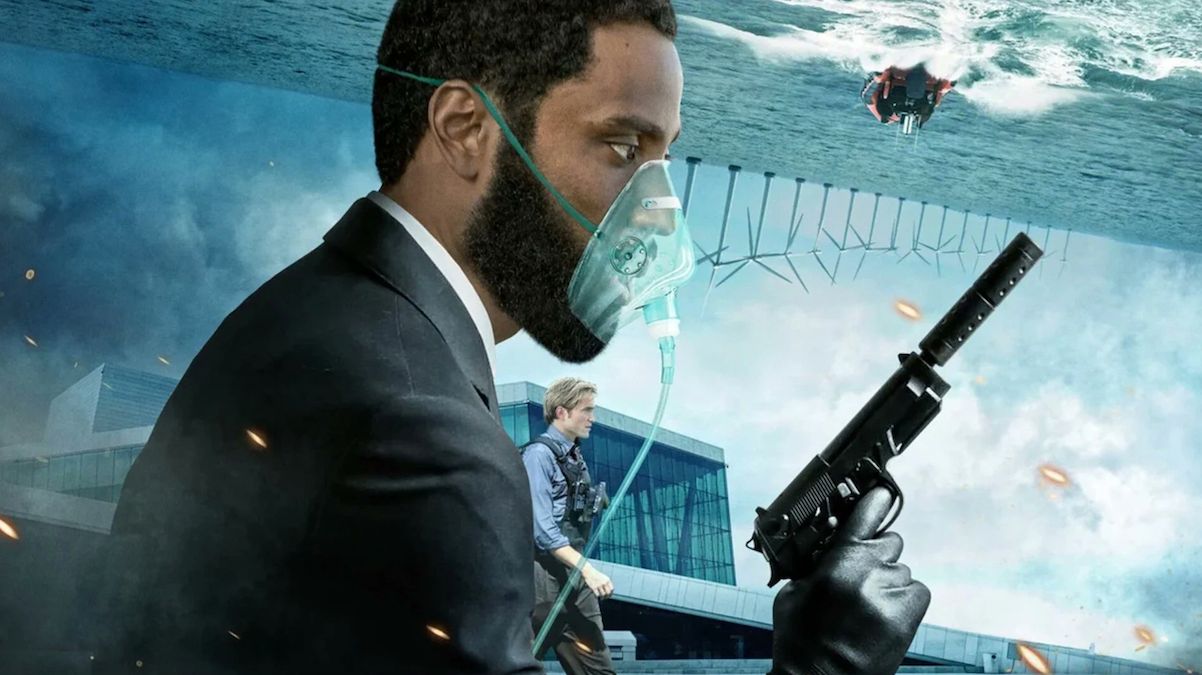 The latest troubling news comes from Warner Bros., not Disney. After WB chose to release Tenet in theaters globally, they wound up inadvertently proving that the world just isn’t ready to visit movie theaters. (The film’s domestic gross has pushed past $50 million, which isn’t nothing, but for a $200 million film, it’s … not a lot.) Now, they have Wonder Woman 84 slated for release on Christmas Day, the latest in a series of never-ending delays. But a recent report from Variety states that WB is debating between two options: Either releasing the film briefly in theaters over the holidays before sending it to HBO Max, or delaying the film further. I don’t begrudge studios like WB or Disney these decisions. With the current rate of COVID-19 cases in the United States skyrocketing past 150,000 a day, and widespread hospitalizations, it’s next to impossible to argue that theatergoing is safe. (Someone may make that argument! I am not that someone.)

But I hope that Warner Bros. delays Wonder Woman 84 into the new year. The last two weeks have offered a brief potential light at the end of the pandemic tunnel, when two different major pharmaceutical companies stated that their respective vaccines — while still in the trial phase — are proving to be highly effective to those taking part in the test. With any hope, a vaccine may be made available to healthcare workers by the end of 2020 or the early part of 2021; it’ll take time for the many hundreds of millions of people across the United States (and even more across the world) to get vaccinated, but that there may be a vaccine soon is great news for all sorts of industries, including Hollywood. 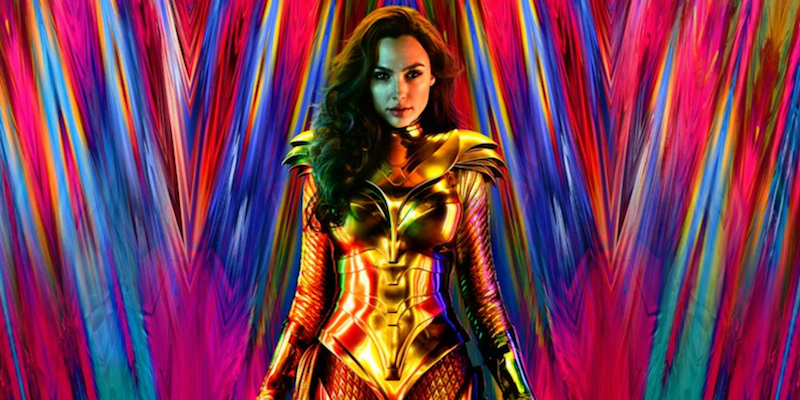 If there is a vaccine coming soon — and God, I hope there is — that’s even more reason for the studio to delay to the summer of 2021. The ease of putting films like Soul and Wonder Woman 84 on streaming services can’t be ignored, but easy isn’t always right. Part of the problem is the inherent nature of the streaming experience vs. the theatergoing experience. Watching Mulan on my HDTV was a bracing thing to behold. The pros? I didn’t have to worry about shushing strangers or dealing with projection or sound issues from a theater-exhibitor chain whose employees may not know much about proper screen presentation. But the con was equally unavoidable: Unlike many other films that went straight to streaming in 2020, I couldn’t help but acknowledge that this live-action/CG remake was clearly meant to be seen on the biggest screen possible. The new Mulan is flawed, but director Niki Caro obviously wasn’t staging action to be experienced on a computer, TV or mobile device first. Seeing big-screen movies on an HDTV only robs these films of their appropriate context.

The same is true of Pixar’s Soul. I’ll have a review here at Consequence soon enough, but for now, all you need to know is that Soul is very charming, uplifting, and the most visually daring film Pixar has ever made. Every Pixar film, from the masterpieces to the solidly entertaining efforts, was designed with the big screen in mind. At least the studio’s other 2020 release, Onward, got a theatrical chance to strut its stuff. (Onward remains the last film I saw in an actual movie theater this year. It feels like forever ago.) Its story is a mixed bag, but director Dan Scanlon communicates the unique and vast scale of a world full of fantasy creatures in ways that are much more expansive on a big screen. 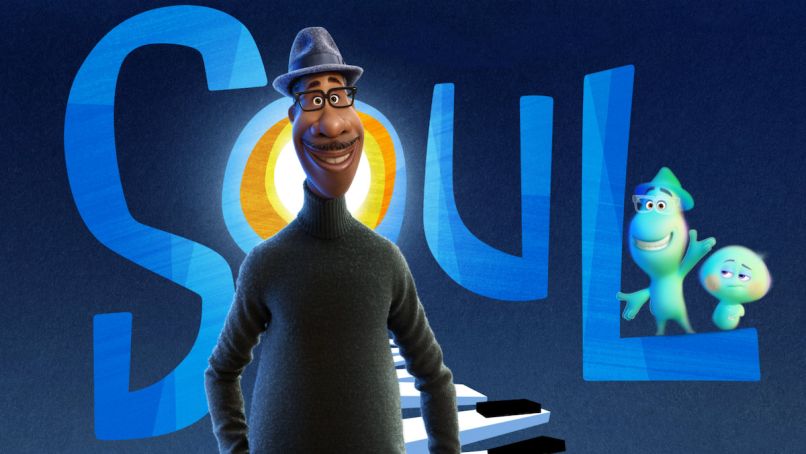 I can’t know how true that is of Soul. The story of a hopeful jazz musician (voiced by Jamie Foxx) whose abrupt and premature death leads him on an existential adventure as he tries to return to his human form is as much about our world as it is about what lies beyond. Director Pete Docter, as in his other Pixar efforts, crafts a lot of striking images that frankly don’t play quite so well on a TV as they surely would on a big screen. And think of Wonder Woman 84. This highly anticipated sequel to the one truly good film from the Snyder era of DC Films looks extremely exciting and thrilling and epic … and now, you may only get a chance to watch it on your laptop or TV or cell phone via HBO Max.

When I wrote that editorial back in July, I framed it with the personal anecdote of an in-law trying to start a petition to get Mulan and Black Widow to go straight to VOD. I scoffed then, though, of course, Disney did wind up doing that with Mulan. It’s easy to grasp the “I want it now!” argument of those of us who have spent the last eight months and counting in our homes or apartments just wanting something new to watch instead of binge-watching Friends or The Office again. It’s understandable to want something new, and it’s just as understandable that movie studios don’t feel terribly jazzed at the notion of letting big-budget films metaphorically collect dust on their shelves, waiting for a hopeful return to movie theaters when no return is firmly guaranteed. 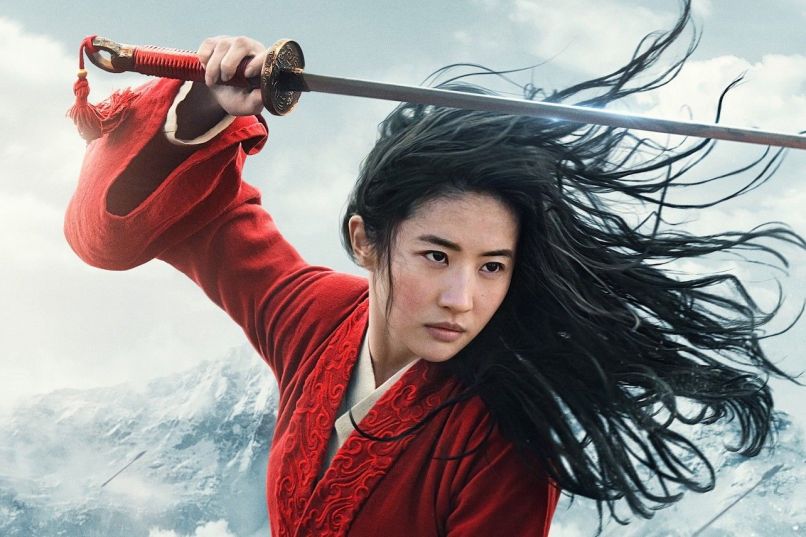 But the problem is simple: Many of the movies now being debated to go to streaming, or those that are going straight to streaming, should’ve gotten a chance to be seen by a larger audience in a movie theater. Tenet did get that chance, of course — and it’ll be going to VOD in mid-December, following the traditional three-month schedule from theatrical to streaming. But many people (this writer included) wisely skipped out on braving a movie theater in such a dangerous and unsure time. How much money did Warner Bros. gain by sending Tenet to theaters as the canary in the coal mine? Did they make any money or just wind up looking foolish?

With less than six weeks until Christmas Day, we’ll soon find out whatever WB’s plans are for Wonder Woman 84. (With the caveat that this parenthetical is being written 10 days before Thanksgiving, it seems likely that we’ll learn the film’s new fate before Turkey Day.) Sending the film to theaters — either briefly or for a normal period of time — is an out-and-out death wish now. Would people show up with COVID-19 cases getting so progressively worse? Would they risk it? (We’ll leave aside whether or not they should risk it.) We’ve waited this long. We can wait a few more months. I’d rather see Wonder Woman 84 in a theater, where it’s meant to be seen, then have it head to HBO Max as an early 2021 present. It’d be a hollow present indeed.