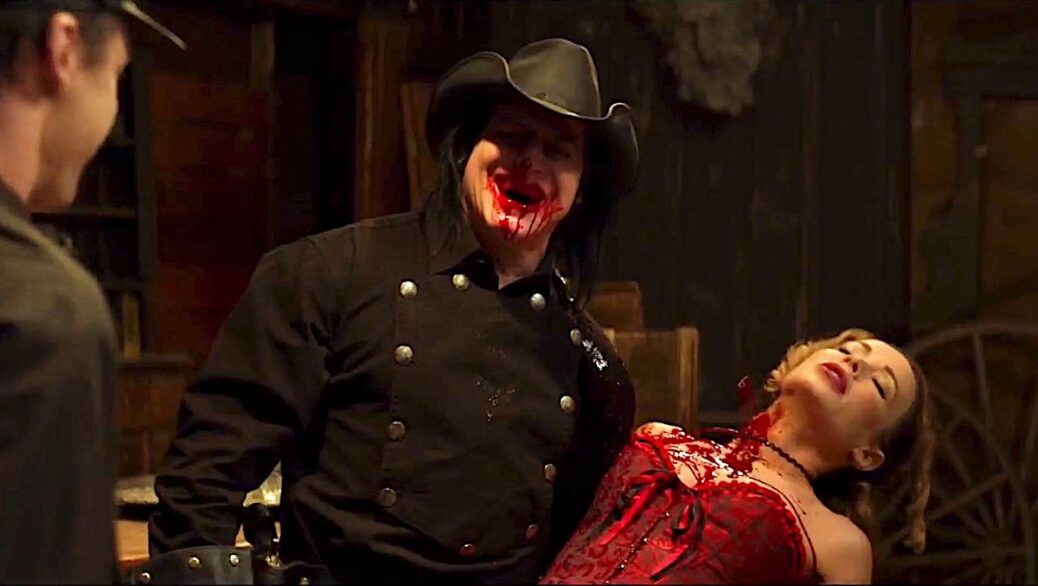 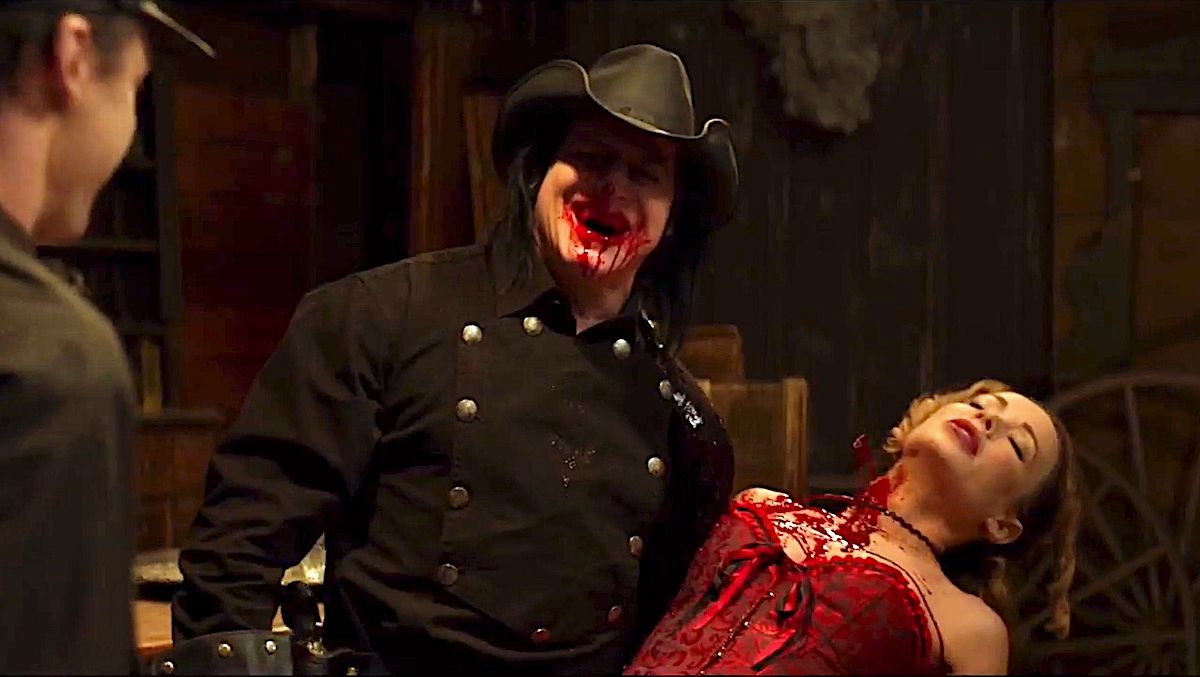 Glenn Danzig has unveiled the NSFW trailer for his upcoming vampire Spaghetti Western, Death Rider in the House of Vampires. The film follows the Misfits frontman’s previous directorial outing, Verotika.

Bridging Danzig’s love of vampire horror and Italian westerns, the film’s trailer is steeped in the atmosphere of Sergio Leone’s “Dollars Trilogy” …only with a lot more blood. These cowboys have fangs.

Danzig wrote, directed, scored, and stars in the upcoming film alongside the likes of Devon Sawa, Julian Sands, Danny Trejo, Eli Roth, and Kim Director. It follows the Death Rider (Sawa), who travels to the desert Vampire Sanctuary, ruled by Count Holliday. The price of admission is “one untouched virgin.”

The trailer’s combination of bloodthirst and gunslinging recalls Robert Rodriguez and Quentin Tarantino’s horror shoot-em-up From Dusk Till Dawn, which also features vampires and revolvers. And if Death Rider is anything like his “batshit ridiculous” horror anthology Verotika, viewers are in for an equal combination of laughs and cringes. As the trailer suggests, expect plenty of nudity and bloodshed.

Watch the Death Rider in the House of Vampires trailer, which premiered via The Wrap, below. A release date will be announced soon.