Conan O’Brien Stole the Show at the 2021 Emmy Awards: Watch 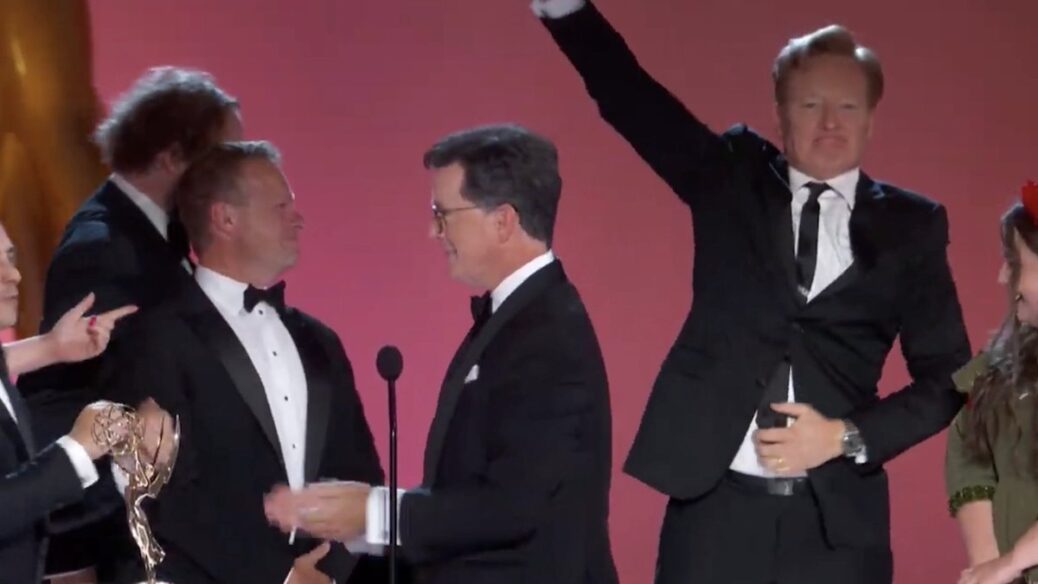 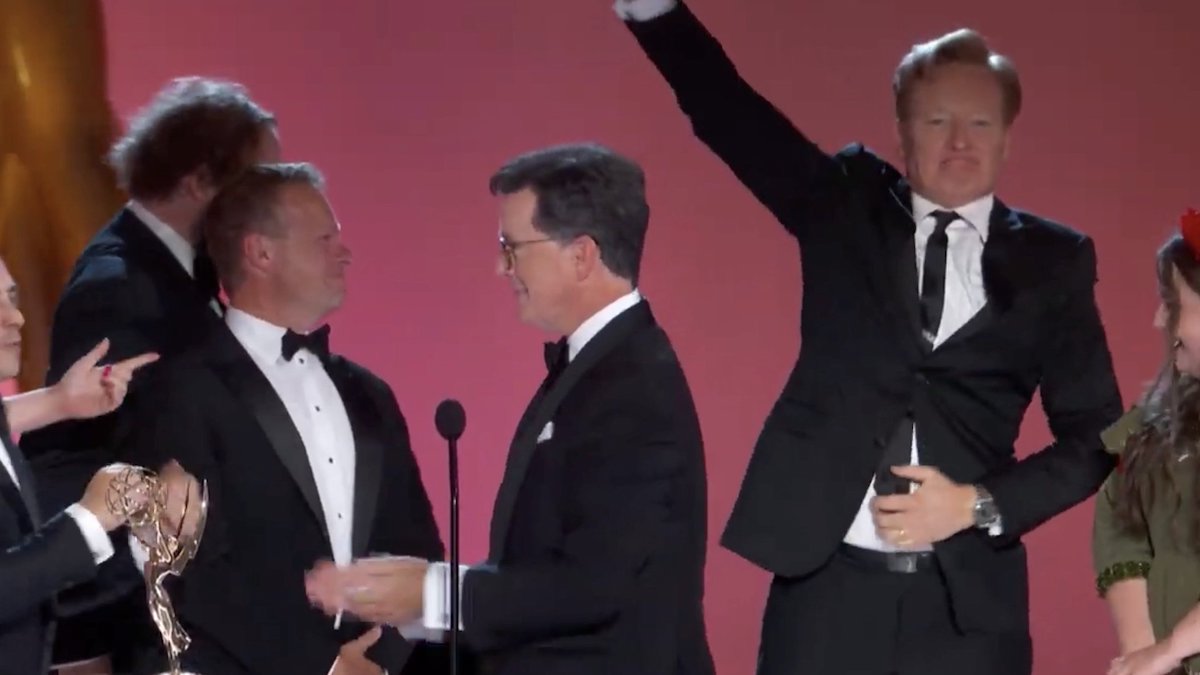 If there was one MVP at the 73rd Primetime Emmy Awards on Sunday night, it was undoubtedly Conan O’Brien.

While the talk show legend’s eponymous TBS late-night show, which aired its series finale in June after 11 seasons, was nominated for Outstanding Variety Talk Series, he didn’t even have to win in order to steal the spotlight throughout the telecast.

“Conan is the best part of this show and he hasn’t even been on stage,” one viewer captioned a clip of O’Brien hilariously trolling Television Academy chairman Frank Scherma by standing and saluting throughout his speech. Wanda Sykes simply tweeted, “Conan is giving no F’s tonight!” with a cry-laughing emoji.

Over the course of the evening, the comedian also earned a special shout-out from John Olivier after losing to the fellow host in their category. It all culminated in an excellent stagebomb during pal Stephen Colbert’s acceptance speech for Outstanding Variety Special (Live), much to presenter Aidy Bryant’s delight.

The Crown, Ted Lasso, and Mare of Easttown were among the night’s big winners, while The Queen’s Gambit took home the trophy for Best Drama Series as the final award of the show.

Check out more of O’Brien’s most gut-bustingly funny moments during this year’s Emmys below.

Conan is the best part of this show and he hasn’t even been on stage. pic.twitter.com/jZfEFo6C5f

Conan is giving no F’s tonight!😂

Conan standing and saluting the CEO of the Television Academy throughout his spiel 😂 pic.twitter.com/8rZWKqF9Ln

we still love you, Conan pic.twitter.com/F74QlSpbDX

Conan has officially gone insane and gives zero fucks at this point.

Conan is on the stage #Emmys pic.twitter.com/lQR0RfA20u