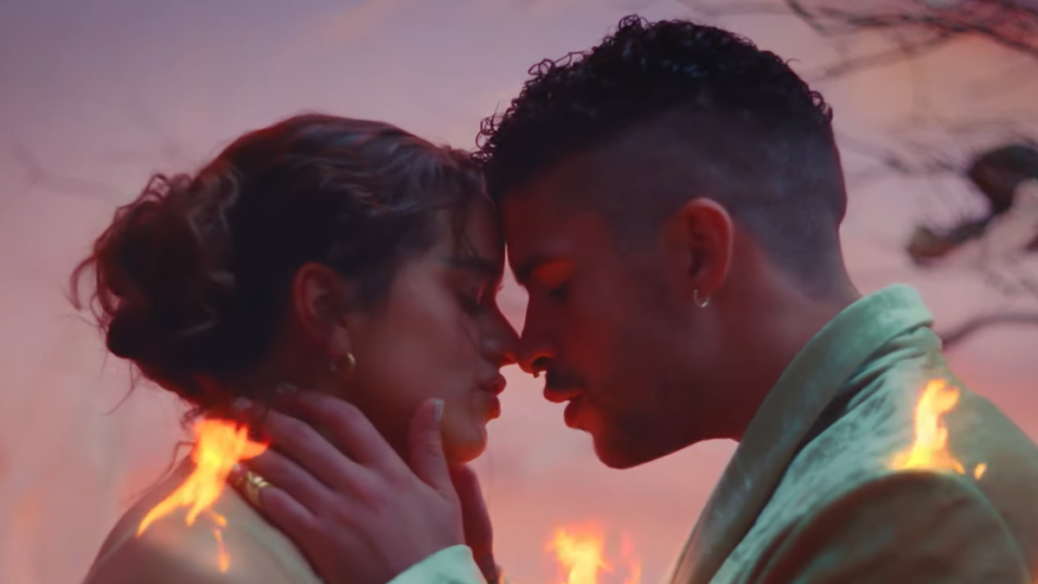 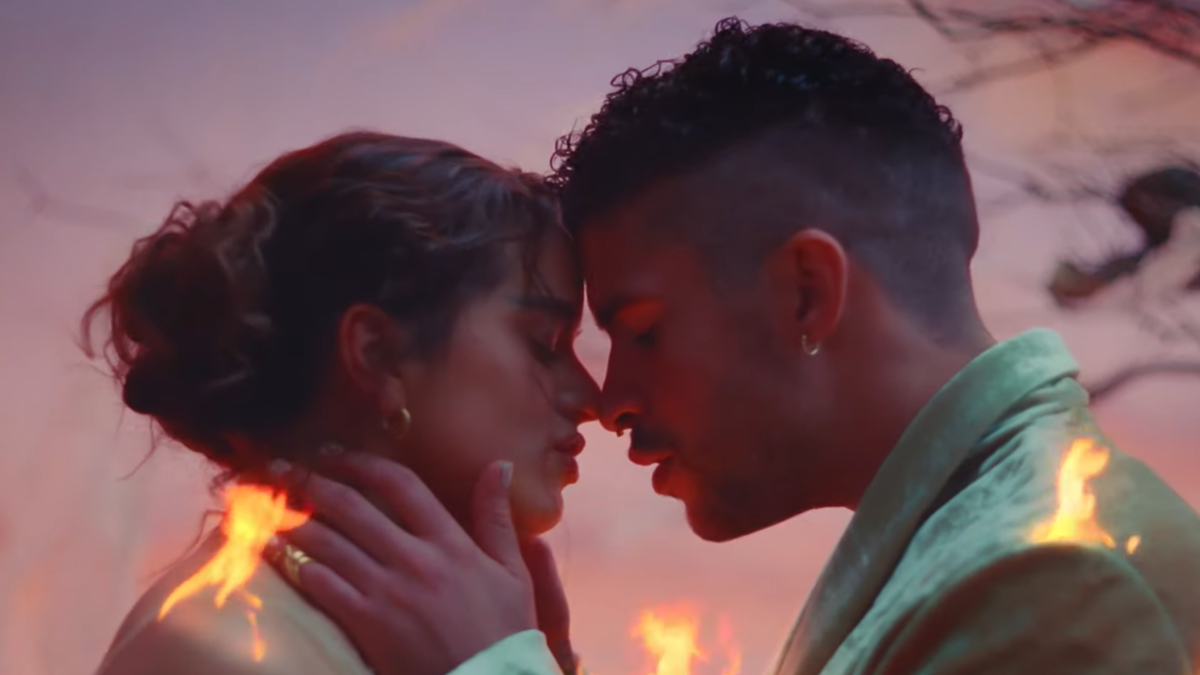 Last year, Bad Bunny enlisted Rosalía for a duet called “La Noche de Anoche” that appeared on his third LP of 2020, El Último Tour del Mundo. Today, in what appears to be a nod to Valentine’s Day romance, the two pop stars have shared an intimate music video for the track.

The romantic visual begins with the musicians singing longingly from separate locations. However, as the tension in the song builds up, Bunny and Rosalía get closer to one another until they’re crooning in each other’s faces while sharing a loving embrace. As a metaphor for the character’s sizzling interaction, their clothes literally burst into flames as the song comes to a close.

Get a Whitman’s sampler at the ready and check it out below.

Last month, Rosalía and Billie Eilish released their highly-anticipated new song “Lo Vas a Olvidar”, and her upcoming album is one of our most anticipated records of 2021. Bad Bunny ruled 2020 with his three global smashes, YHLQMDLG, Las que no iban a salir, and El Último Tour del Mundo.

He hasn’t released any new music in 2021 (yet), but he was just announced as the next musical guest on Saturday Night Live. He’s also nominated for two Grammys, “Latin Pop Album” (YHLQMDLG) and “Pop Duo/Group Performance” (“Un Dia (One Day)”), at the upcoming awards ceremony.