10 Sets You Can’t Miss At ILLfest 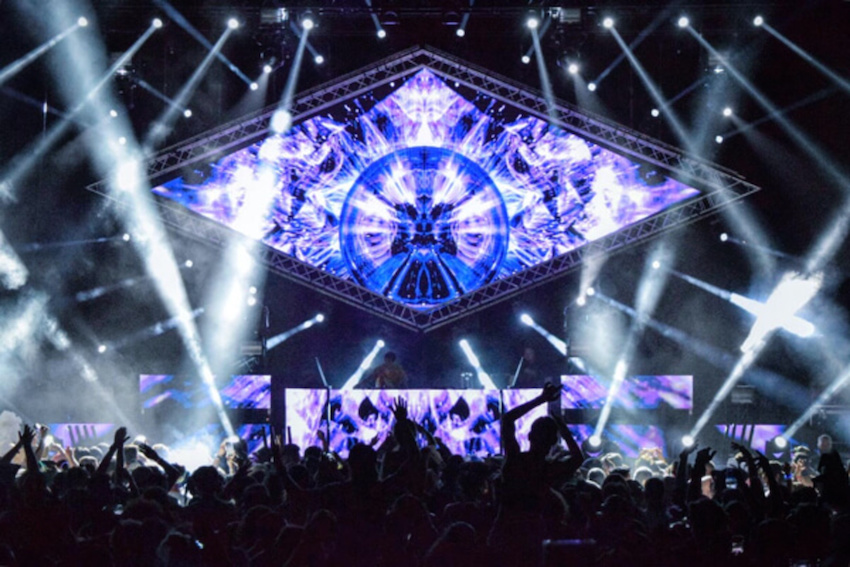 On Friday, ILLfest Music + Art Festival will take over The Circuit Of The Americas in Austin, Texas, and offer two days of mind-blowing visuals, art, bass, and lights. As we get ready to dive in and explore their one-of-a-kind art features and new stages, we’re sharing the top 10 sets that you won’t want to miss. Peep our list below and catch us this weekend at the illest fest to hit Texas. 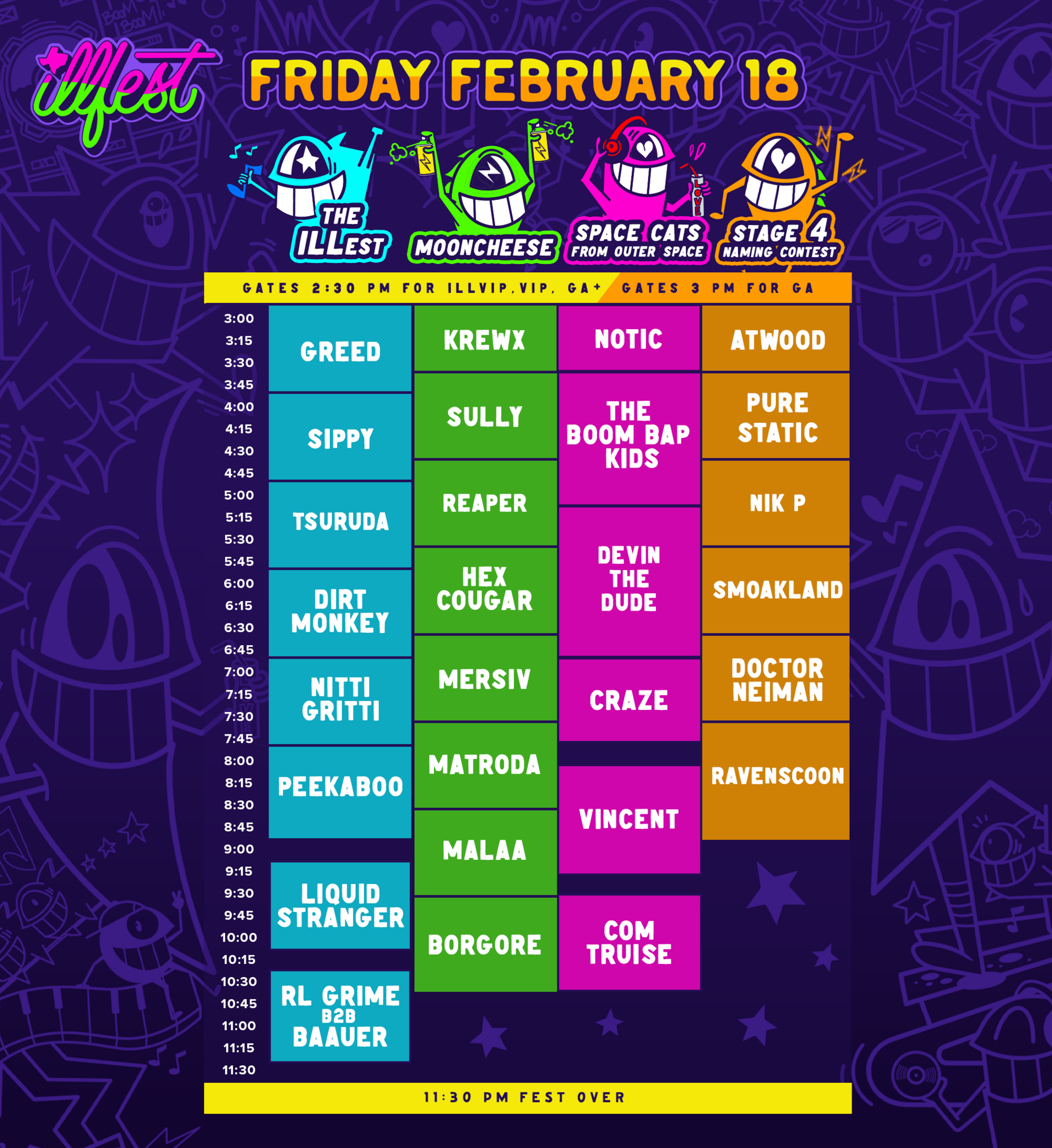 If you haven’t checked out a SIPPY set yet, you’ve been missing out on some crazy bass music. Known for her high-energy sets, the Aussie queen is an excellent way to kick-off your ILLfest experience. If you like DnB, dubstep, or heavy bass music, this is the set you need in your life.

If you’re the type of bass-head that craves a beautifully filthy set where the bass vibrates against your skin and makes you feel reborn, then you’ve got to check out Mersiv.  His energy on stage is unmatched and you won’t regret it.

Forever rocking a ski mask and delivering the most impeccable house vibes, MALAA is a whole mood. Stop by this set to experience the dopest vibes and test out your shuffle moves.  For a double dose of MALAA, snag tickets to his after-party show here.

If you haven’t been to a Liquid Stranger set, prepare yourself for a searing round of mind-melting bass tunes that instantly transport you into another dimension. Seriously one of the best artists we’ve ever seen live, Liquid Stranger is the truth in bass form. If you can’t catch him during the fest, snag a ticket to the official after-party here.

Get ready to end your first night of ILLfest on a high note because anytime these two trap legends get together it’s a full-on party with plenty of surprises. Easily the most anticipated set on this lineup, we fully expect to hear a ton of heaters and maybe even some unreleased IDs. 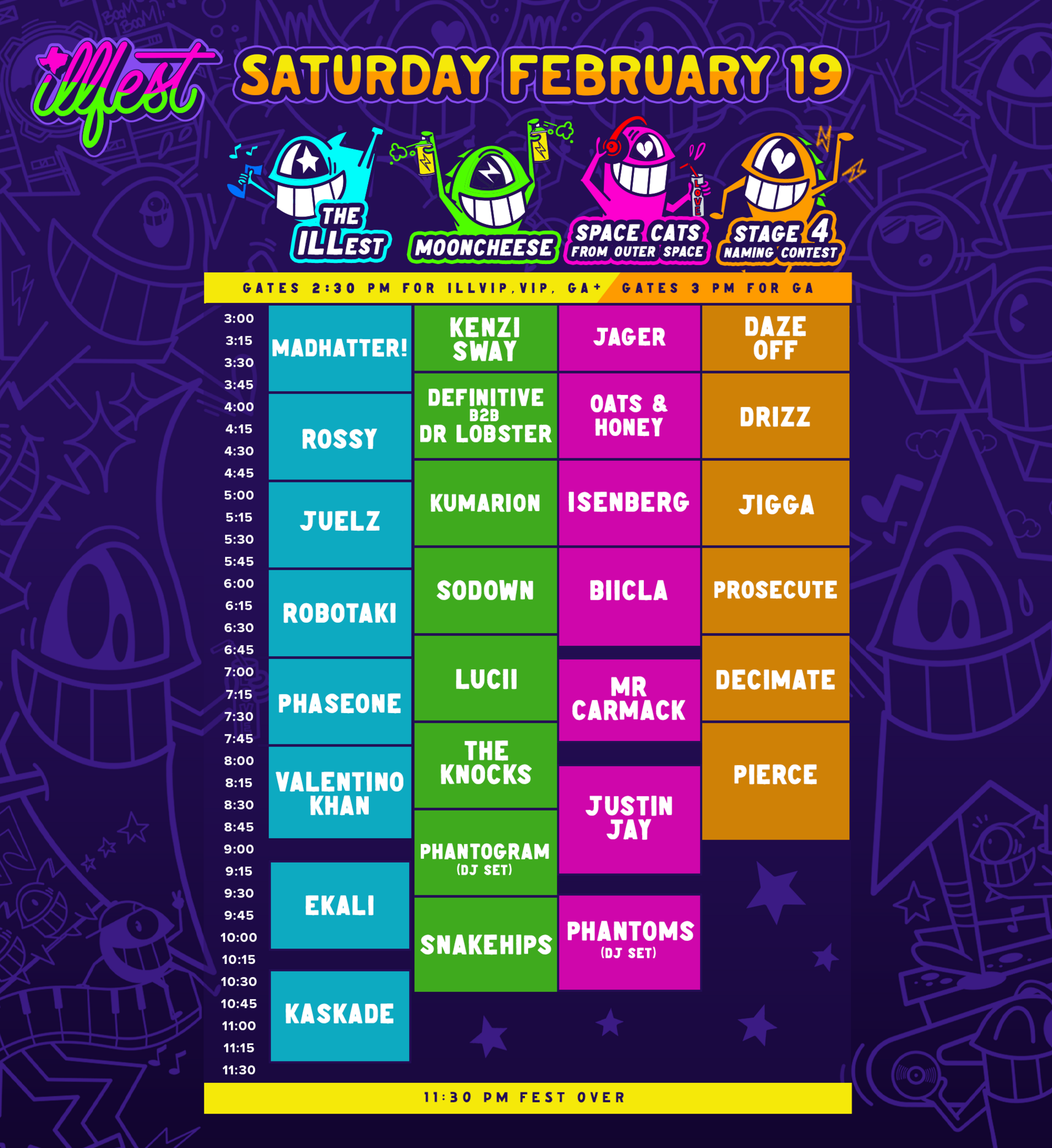 One of the artists that we’re most excited to see at ILLfest this year is ROSSY. First hitting our radar during the Sable Valley Livestream in 2020, ROSSY has been dropping some incredible music and popping up everywhere. If you’re a fan of RL Grime or Alison Wonderland, this is the perfect set to kick-off Day 2 of ILLfest.

JUELZ has been sitting at the top of our watch list for a hot minute and we’re stoked to finally get the chance to catch one of his live sets. A master at blurring the lines between EDM and hip-hop, JUELZ promises to be an unforgettable experience.

One of the best things about going to see Mr. Carmack is that you’ll get a beautifully diverse set that will still hit incredibly hard. If you want to lose your mind on the dance floor, hit up Mr. Carmack and soak in the wild vibes.

Known for their fun and energetic sets, Snakehips is the move to make if your inner shuffler is dying to get out and show off your impeccable dance moves. Burn up the dance floor and ride the vibey sonic waves they effortlessly put out.

Kaskade is a music legend for a reason. Known for creating a sense of euphoria during his sets, Kaskade is a master of creating a magical atmosphere, and we couldn’t picture ending our ILLfest experience any other way. Keep the party going once the fest ends and grab tickets to his redux after-party here.

’10 Sets You Can’t Miss At ILLfest