What the latest omicron subvariants mean for reinfection risk 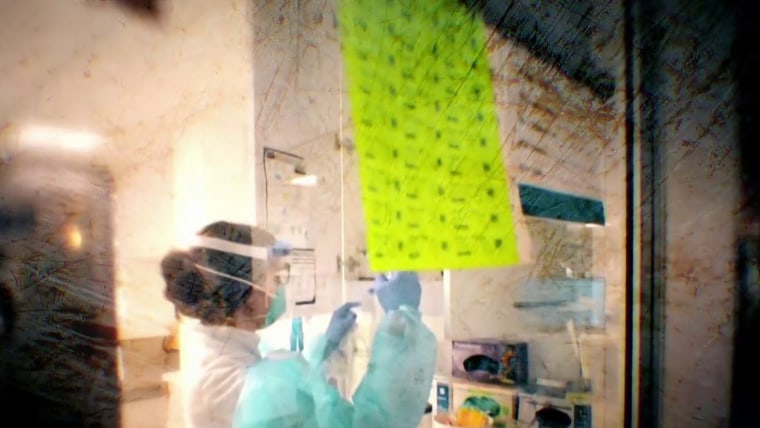 Omicron and its growing family of subvariants has left Americans wondering whether they have enough immunity to protect against the ever-changing virus.

Two subvariants — BA.4 And BA.5 — are spreading rapidly in South Africa, causing Covid-19 cases there to surge once again after the country’s first omicron wave in late 2021.

Meanwhile, thousands of miles away, in the U.S., another omicron subvariant, BA.2, continues to dominate, but an offshoot of that strain, called BA.2.12.1, is gradually taking up a greater share of infections.

The Centers for Disease Control and Prevention reported Tuesday that, as of April 30, BA.2.12.1 accounts for roughly 36 percent of new Covid cases in the U.S., up from about 26 percent last week.

The U.S. has acquired a high level of immunity from Covid, health officials say, through a combination of vaccinations, boosters and prior infection. Nearly 60 percent of people in the country had been infected by February, including roughly 75 percent of children and teens.

Still, research shows antibodies obtained from vaccination or infection gradually wane over time, and each new omicron subvariant, though still a part of the larger omicron family tree, is slightly different from the last, meaning a person’s ability to fight off infections from the virus can shift.

That means reinfection is possible, and perhaps even likely, said Bill Hanage, an associate professor of epidemiology at Harvard’s T.H. Chan School of Public Health.

“At some point in the future, it’s reasonable for us to assume that your immune system is going to encounter a virus that can infect it,” Hanage said.

At this time, it’s nearly impossible to make a sweeping conclusion about Americans’ susceptibility levels to the new subvariants because the immunological landscape in the U.S. is so varied, Hanage said: Some people are vaccinated, others unvaccinated but previously infected, and others still with a combination of vaccination and infection.

“We’re now in a situation where some people can be infected and some people can’t,” he said. “Those people who can get infected vary in terms of the probability that they’re going to be seriously ill.”

Julie Swann, a professor at North Carolina State University who has advised the CDC on pandemics, agreed, saying a person’s risk level can also depend on other factors, such as age, underlying health conditions and time since last vaccination or infection.

If a person in their 60s received a booster four to six months ago, they will be “potentially susceptible to a worse outcome from one of the omicrons but if it’s timed close to their boosters they may not be quite as much,” she said.

In general, people who have been vaccinated appear to have the best protection against the new omicron subvariants, said Alex Sigal, a virologist at the Africa Health Research Institute in South Africa.

Sigal is one of the authors of a small preprint study posted online by South African scientists on Friday that suggested people previously infected with the original omicron strain don’t appear to have much immunity against BA.4 and BA.5 infections.

The scientists used blood samples from 39 people — 15 vaccinated and 24 unvaccinated — who were previously infected by the original omicron strain last year.

These blood samples, which contained any antibodies the people had developed, were mixed with samples of the BA.4 and BA.5 viruses to see how well the antibodies could fight off the new subvariants. These so-called neutralization assays can give scientists insights into whether people are protected against BA.4 and BA.5.

The subvariants were able to evade the antibodies from both unvaccinated and vaccinated people, suggesting the virus can get past the immune system’s first line of defense and cause an infection. But there were some notable differences: In unvaccinated samples, there was a nearly eightfold drop in antibodies against BA.4. and BA.5, compared with the original omicron strain; in vaccinated samples, there was only about threefold decrease.

The findings, which were posted to a preprint server and have yet to be peer-reviewed, suggest that unvaccinated people are unlikely to have good protection against symptomatic illness.

Sigal said the findings also suggest that people who’ve been both vaccinated and infected with the original omicron strain may actually have immunity that’s broader and can fight off newer strains.

Even if vaccinated people get infected “with these new lineages, my speculation is it’s going to be mild,” he said.

Another study posted online Monday by researchers in China looked at BA.4. and BA.5, as well as BA.2.12.1, the omicron subvariant currently gaining traction in the U.S.

The research seemed to confirm the findings of the South Africa study, and also found that vaccinated people and people infected with the original omicron strain don’t appear to neutralize BA.2.12.1 very well, which could increase the risk of reinfections.

John Moore, a professor of microbiology and immunology at Weill Cornell Medical College, cautioned that the Chinese research cannot be completely extrapolated to the U.S., as China has used different vaccines, which aren’t as effective as the Pfizer-BioNTech and Moderna vaccines.

He also said it’s hard to use lab data to interpret what it’ll mean in a real-world setting.

Am I at risk of reinfection?

The data overall suggests the omicron subvariants are more antibody resistant than previous strains and could “pose additional problems for vaccinated and/or infected people,” Moore said.

“It’s a warning for the future that we’re going to see continued evolution and the emergence of more troubling variants,” he said. “They are going to either be more transmissible or more antibody resistant or both.”

Hanage said that while more people may be susceptible to reinfections, because of a high level of immunity from vaccines and prior infections, fewer people are likely to get severely ill.

Swann said she expects an “impactful” wave of Covid cases in the U.S. in June, when immunity from the latest round of boosters and omicron infections begins to wane. But she added she doesn’t expect hospitalization and deaths to reach the heights they did during the winter omicron surge.

She also said the people at highest risk now have access to Pfizer’s highly effective antiviral drug, Paxlovid, as well as preventive medications such as AstraZeneca’s monoclonal antibody, Evusheld.

Getting a Covid booster also reduces the risk of reinfection, she said.