The new steel? Hope and fear as a new plastics factory rises in Appalachia 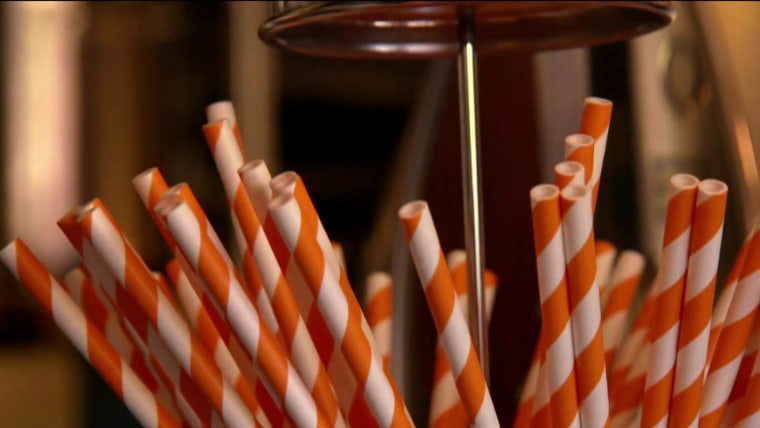 “The benefits of hosting one of the largest construction sites in North America have been apparent since day one,” wrote Shell’s Smith. He said that in addition to the “billions of dollars” Shell has invested in the region during site preparation, the company has also contributed to community organizations and has worked with Beaver County to expand its recycling program. It also expects to hire local contractors from the area. Shell currently sponsors a technical program at Beaver County’s Community College, from which it has hired nearly a dozen graduates, according to Smith.

An economic impact analysis commissioned by Shell estimated the cracker could generate about $3.3 billion in economic activity across the region each year, as well as $23 million in state income tax.

But Hipple, the analyst, believes hopes of widespread prosperity based on plastics projects are “based on forecasts that aren’t necessarily going to materialize.”

More than 400 million metric tons of virgin plastic are produced each year.

About half of that is single use. Recycling technologies have not caught up to the problem: One recent study estimated that only 9 percent of plastic waste ever made has been recycled, meaning what’s left — hundreds of millions of metric tons — has been thrown away, burned, buried in landfills or dumped into oceans.

The problem isn’t just waste. Plastics production, a carbon-intensive process, also undercuts global efforts to curtail carbon emissions. According to Beyond Plastics, the U.S. plastic industry’s greenhouse gas emissions will surpass those of coal-fired power plants over the next decade.

There are, however, signs the world is realizing plastics “are a crisis in their own right,” said Carroll Muffett, president and CEO of the Center for International Environmental Law, an environmental advocacy group. “We’ve seen a proliferation of measures to reduce plastic use and curtail the use of virgin plastic in countries across the world.”

That includes an increasing number of bans on plastic-based products, including single-use plastics like bags and straws. Some countries have also moved to limit the import of plastic waste, leaving the U.S. scrambling to find other places to dispose of its plastic. Recent annual reports of many petrochemical companies note this shift, and warn that a turn away from plastic will hurt bottom lines.

In the meantime, the industry is primed to produce a staggering amount of plastic.

At least 120 ethylene manufacturing projects are either under construction or in initial stages of development worldwide, according to Dayanand Kharade, an oil and gas analyst at GlobalData, a data analysis and consulting firm. That includes ethylene production complexes in Russia and Canada, and 36 projects in China, which is poised to lead the world in plastics production.

In its push to increase domestic manufacturing capacity of plastic and reduce reliance on the U.S., China has seen an explosion of new petrochemical projects since its first purely ethane cracker began operations in 2019. ExxonMobil is building a cracker plant in Guangdong that is expected to produce some 1.6 million metric tons of polyethylene annually after it comes online in 2023.

The manufacturing boom has, in part, led some to be less than optimistic about the long-term viability of the industry. According to some analyses, the global buildup has led to a glut. Data collected by Statista, a data analysis firm, found capacity has exceeded global demand every year since 2015.

Ashish Chitalia of Wood Mackenzie, an energy research and consulting firm, said that while the world continues to demand millions of tons of plastic annually, “capacity is growing faster than demand. We are adding a lot more than we can consume.”

In the past five years, according to Wood Mackenzie, U.S. polyethylene production has far exceeded domestic demand, with capacity increasing by about 27 percent and demand growing by only 10 percent.

Global production is also expected to expand at a faster rate than demand, with polyethylene capacity growing 23 percent and global demand growing 18 percent from 2021 to 2025. Due to expected global over-capacity, margins for U.S. producers in the next decade are expected to be 25 percent lower than the previous decade, according to Wood Mackenzie.

“What it comes down to is people don’t want plastics as much as the industry wants plastics,” Muffett said.

In the U.S., major petrochemical companies have hit pause on some projects — including in Appalachia.

Since 2015, Ohio’s economic development group, a nonprofit called JobsOhio, has spent about $67.65 million to help Thailand’s largest petrochemical producer develop a multibillion-dollar ethane cracker that hasn’t yet materialized. Citing oil price volatility and economic uncertainty created by the pandemic, PTT Global Chemical America (PTTGCA) announced in 2020 that a key investor had pulled out and the company would delay announcing its final investment decision. It remains unclear whether the cracker will move forward, though a spokesperson for Jobs Ohio said the project remains viable.

The money disbursed includes a $20 million loan that was paid back. The balance, about $47.65 million, was spent on site remediation and doesn’t have to be paid back, according to a JobsOhio spokesperson.

“PTTGCA remains committed to the project, and JobsOhio and its partners continue to work closely with PTTGCA to bring the project to a positive final investment decision,” the spokesperson said in a statement.

Decisions to invest in plastics manufacturing were made “when the world looked very different than it does today,” she said. “They have this many years, this many billions into it. Today, would this be built? No.”

‘Why would we go down that path again?’

Industrial pollution is nothing new to southwest Pennsylvania.

Back in the 1940s in the Beaver County town of Ambridge, falling soot from steel mills and coal-fired power plants was so pervasive locals called it “black sugar.” In 1948, the worst air pollution disaster in U.S. history occurred in Donora, when a meteorological phenomenon called a temperature inversion, common to the area, trapped toxic smog in the valley, killing at least 20 residents. In 2020, a state investigation determined that state regulatory agencies failed to protect residents in the region from the impacts of fracking — including severe health consequences and water contamination.

And, though the city has made strides in reducing air pollution, Pittsburgh has consistently ranked among the nation’s most polluted cities, according to the American Lung Association. The organization’s most recent “State of the Air” report found that Pittsburgh and the surrounding metro area ranked ninth out of nearly 200 cities for annual levels of fine particle pollution. Allegheny County, where Pittsburgh is, received an F grade for average ozone levels.

For Dr. Matthew Mehalik, executive director of The Breathe Project, Shell’s cracker is yet another iteration of an economic model Appalachia has struggled to transcend.

“What’s most dismaying about this is that this region would go back to an economic model that left such a toxic social and environmental legacy that’s taken 30 to 35 years to begin to clean up,” he said. “Why would we go down that path again?”