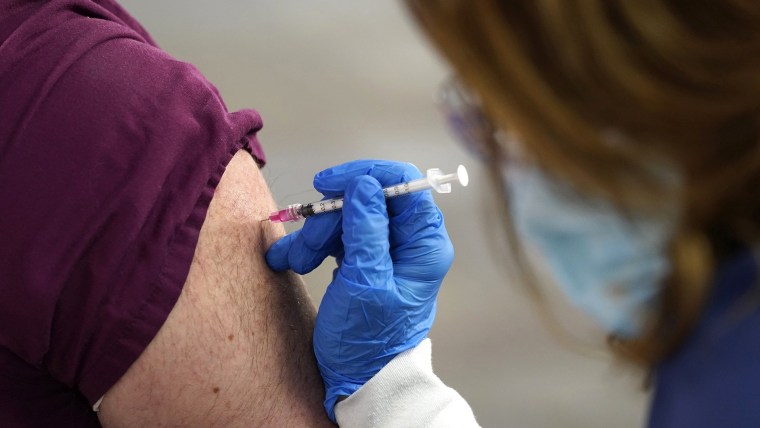 Is it time for yet another Covid-19 booster shot? Pfizer-BioNTech and Moderna seem to think so, but some vaccine experts aren’t so sure.

The drugmakers’ requests for a fourth dose, filed to the Food and Drug Administration this week, are likely to add fuel to the debate among scientists about whether an additional vaccine dose is necessary, and if so, whether it should be a new shot and only for certain groups.

The moves come amid early signs that the U.S. could soon experience another Covid wave as the omicron subvariant, known as BA.2, spreads throughout Europe and other parts of the world. Other countries, including Chile, Israel and Sweden, already allow for a fourth vaccine dose for certain vulnerable populations.

Research shows that the protection from the first two doses of either the Pfizer or the Moderna vaccine waned substantially against the omicron variant, though a booster shot restored much of that protection. But the CEOs of Pfizer and Moderna have argued in recent weeks that a fourth dose may now be needed to protect against serious illness from omicron.

To be sure, the evidence that drugmakers have shared isn’t all that compelling to some scientists, said Dr. Jesse Goodman of Georgetown University, a former FDA vaccine chief.

One of the studies, published in February by the Centers for Disease Control and Prevention, found that the effectiveness of Pfizer’s and Moderna’s vaccines against hospitalization decreased from 91 percent two months after the initial booster shot to 78 percent after four months. Another study, according to Pfizer in a news release, found rates of severe illness were four times lower among individuals who received a second booster dose of the vaccine, compared to those who received only one booster shot.

Goodman said protection against severe illness from a third dose appears to be holding up. He’s “not convinced” that the boost in antibody levels from a fourth dose would translate into stronger protection.

A study published Wednesday in The New England Journal of Medicine found a fourth dose did not show a substantial difference in levels of protective antibodies against the omicron variant, when compared to a third dose. That study, from researchers in Israel, looked at more than 800 healthy young health care workers.

It’s possible that additional doses will be needed for certain groups, such as older adults, in the future, though it’s still too early to tell, said Dr. Anna Durbin, a vaccine researcher at Johns Hopkins University.

This comes down to a debate over what we expect vaccines to do.

John Moore, a professor of microbiology and immunology at Weill Cornell Medicine, said when the FDA and its advisers meet, they will need to decide what kind of protection they expect from the vaccines.

The FDA’s vaccine panel of outside experts, known as the Vaccines and Related Biological Products Advisory Committee, is scheduled to meet in the first week of April to discuss booster shots, people familiar with the agency’s plan said.

“This comes down to a debate over what we expect vaccines to do,” Moore said. “Two doses are still doing a pretty damn good job at keeping people from being severely ill and dying.”

Moderna’s submission for a second booster using the same formula comes just weeks after its chief medical officer, Dr. Paul Burton, told NBC News that an updated Covid vaccine would be needed in the fall, one that’s “tuned to the right combination of variants.”

In fact, Pfizer’s and Moderna’s vaccines in development that are targeted at the omicron variant may do an even better job, but Moore said early data suggests the approach isn’t promising.

An animal study, posted online to a preprint server in February, suggested an omicron-specific booster shot may not provide any greater protection compared to the existing boosters. The study, from scientists at the National Institute of Allergy and Infectious Diseases, looked at blood samples from primates that had been boosted with a shot based on omicron or the original form of the coronavirus.