Pets are getting into their owners’ edibles and overdosing on cannabis 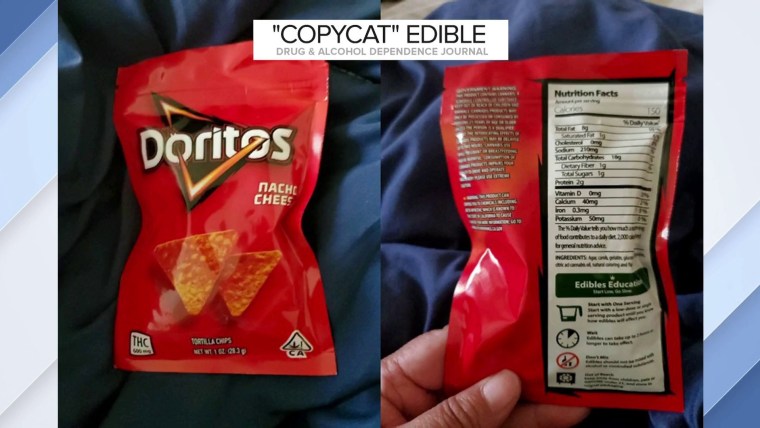 In states where marijuana is legal, pets are getting into their owners’ edibles.

According to a study published Wednesday in the journal PLOS One, easier access to edible forms of marijuana is likely partially to blame for the increase in pet poisonings.

Dr. Ahna Brutlag, director of veterinary services and senior veterinary toxicologist at Pet Poison Helpline in Minnesota, said in the past 10 years, she’s seen an increase in the number of pet cannabis poisonings from edibles, which have become both more widely legal and more potent.

“Because this looks like and smells like food, dogs especially, being the opportunists that they are, they are going to want to eat it,” said Brutlag, who was not involved with the new research. “They also don’t just eat one; they eat as much as they possibly can in that one sitting. Because the edibles are so much more concentrated in the THC than the flower, they end up getting a very large dose all at one time.”

The number of marijuana poisoning cases among pets jumped significantly in both Canada and the United States in 2018, after the drug was federally legalized in Canada, according to the new study.

The researchers surveyed more than 200 veterinarians in Canada and the United States in 2021. In total, they found 283 reported cases of marijuana poisoning in pets. The vast majority were in dogs, but they also found 51 reported cases in cats, two in iguanas, two in ferrets, one in a horse and one in a cockatoo. The most common source of poisoning was edibles, followed closely by dried cannabis.

“I was expecting to see poisonings in cats and dogs, but the other animals, I wasn’t expecting,” said lead study author Jibran Khokhar, an assistant professor of neuroscience at the University of Guelph’s Ontario Veterinary College. Also surprising was the number of animal deaths reported, he said, “especially because we don’t know about any cannabis-related deaths in humans.”

Sixteen animals reportedly died after consuming cannabis, but the veterinarians were not able to rule out other causes, like underlying conditions or other toxins in the edibles.

While Khokhar said he suspects cannabis may have played some role in the deaths, other ingredients — like chocolate, which is toxic to dogs — likely had a larger impact.

Most poisoning cases in pets were benign, the study found.

Khokhar said he wants pet owners to know what to look for if their pet does eat an edible. “If you do see these things, it’s best to take the pet to the vet for monitoring,” he said.

In fact, the researchers’ main goal was to qualify what cannabis-induced poisoning looks like in pets, so they can work toward developing a drug that can reverse the effects. The most observed symptoms, which were seen primarily in dogs, were urinary incontinence, disorientation and abnormally slow heart rate. The most common intervention was keeping the pet at the vet for monitoring over a span of one to two days.

“That’s a window in which we can intervene” if necessary, Khokhar said.

The next phase of the research will model cannabis poisoning in rats to understand how the poisoning impacts the brain. Then, the team plans to use what it finds to develop a drug that could counteract the effects and potentially eliminate the need for monitoring.

“This could save the pet from the effects of cannabis toxicosis, but also save on veterinary costs for monitoring, which can add up,” he said.

In Colorado, where marijuana was legalized for medical use in 2000, the number of registered medical cannabis card holders and cases of cannabis poisoning in dogs have been closely tied. One study reported a fourfold increase in reported poisonings between 2005 and 2010.

“Dogs especially have strong jaws and they can chew through containers, so the key is keeping it out of reach,” Brutlag said.