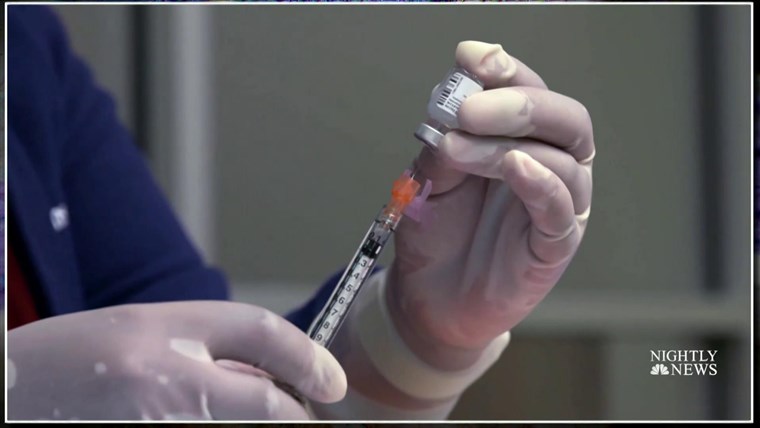 The global rollout of coronavirus vaccines was never going to be easy. But it quickly descended into frustration at home and nationalistic acrimony abroad as countries around the world deal with a maelstrom of logistical and political challenges.

All 50 states in the U.S. are reporting shortages as America’s fragmented administrative and health care systems struggle to distribute even the limited vaccine stocks that have been produced.

Europe has descended into its own ugly fight over supplies. And there is little sign that the poorest countries in the world will get access anytime soon, perhaps not until 2023.

Some in Africa, South America and Asia have turned to China and Russia, which are using vaccine diplomacy to boost their influence in those parts of the world, some experts say.

In the U.S., “the rollout is slow and awkward and very frustrating for our population,” said Dr. Tom Kenyon, a former director of the CDC’s Center for Global Health.

Washington should be best placed to immunize its citizens, having ordered 1.2 billion doses while working hand-in-glove with pharmaceutical giants. Yet the U.S. lags behind Israel, the United Arab Emirates, the United Kingdom and Bahrain in shots delivered per capita.

Its issues are broadly twofold: manufacturing and distribution.

As in Europe, American supply has been throttled as drugmakers struggle to keep up with clamoring demand, sometimes overpromising before having to scale back orders.

“They probably did not do a very good job at communicating correctly, managing expectations and being transparent,” said Maria Elena Bottazzi, associate dean at the National School of Tropical Medicine, part of the Baylor College of Medicine in Houston.

But what makes the U.S. especially troubled, according to experts, is that its health care system is not centralized, and the administration of President Donald Trump failed to build a proper national vaccine rollout plan to fill the void.

Having inherited what some experts describe as one of the best pandemic preparedness plans in the world, Trump proceeded to fire his top biosecurity adviser, allowed his global health unit to be disbanded, and downplayed the coronavirus during the crucial early weeks of the outbreak last year.

The result today is a chaotic scramble when it comes to vaccines, so this criticism goes, where states, counties and hospitals have been left to wing it on their own.

“We have a very divided approach,” said Kenyon, who is now chief health officer at Project HOPE, an international global health and humanitarian organization. “We actually have states competing with each other to get the vaccine. That’s not optimal in any sense.”

These concerns should be seen in context, however. Under Trump’s watch, vaccines arrived quicker and were more effective than many had expected. And the encouraging data continues to arrive.

But right now that does little to calm officials, experts and citizens exasperated at vaccine distribution, which is only compounded by new variants and the hesitancy of some to get vaccinated.

This week President Joe Biden announced measures to revamp the federal rollout strategy. Time will tell whether this will turn things around.

“When it comes to coordination during a public health emergency, you see where our system has fallen apart,” said Justin Ortiz, an associate professor at the University of Maryland School of Medicine, referring to the Trump administration’s record. “The idea that the previous federal government can wash their hands of this and rely on every state to create their own systems is a dereliction of duty.”

In Europe the situation is equally fraught.

A morass of bureaucratic infighting appears to have stymied the European Union rollout, which has been glacially slow and dysfunctional. Doctors in Madrid and Paris have had to pause inoculations because stocks have run close to dry.

Amid all that, the E.U. and AstraZeneca are at loggerheads after the British-Swedish pharma giant said it would have to scale back deliveries because of a manufacturing issue. The E.U. has insisted that the drugmaker keep its word.

In a drastic step, the E.U. is now seeking to block exports of any vaccine from companies that have not fulfilled Europe’s order first. E.U officials have also suggested that U.K.-bound vaccines be redirected to make up the shortfall on the continent.

A wrangle over logistics now risks metastasizing into a full-blown diplomatic crisis.

“We reject the logic of first-come, first-served,” E.U. Health Commissioner Stella Kyriakides said at a news conference Wednesday. “That may work in a butcher’s shop but not in contracts and not in our advanced purchase agreements.”

Even in the U.K., there are concerns over its own ostensibly successful rollout, namely its decision to allow up to 12 weeks between first and second doses.

The decision was made while the country was in the teeth of the world’s deadliest Covid-19 outbreak. Staunchly defended by the government’s expert advisers, the delay is far longer than drugmakers recommend, dividing the scientific community.

But nowhere does the picture look worse than in the developing world.

For all the drama in the West, the delays will be measured in weeks and months. But Africa, parts of South Africa and Central Asia will most likely not see widespread vaccine coverage until 2023, according to a paper this week by the Economist Intelligence Unit, a research group in London.

As well as trying to get his own house in order, Biden has joined a World Health Organization-led program called COVAX, which has raised $2 billion to buy vaccines for poor countries.

Seeing the U.S. engage with an altruistic effort shunned by Trump has been welcomed by public health experts. But in reality what COVAX needs is not just more money and kind words, but doses in hand and the ability to distribute them.

“The American funds are welcome, but COVAX’s issues go beyond money,” Mukesh Kapila, who was an adviser to the WHO’s previous director-general, said.