The secret to good health later in life? Researchers think it could be banking your poop now

Home LIFESTYLE HEALTH & FITNESS The secret to good health later in life? Researchers think it could be banking your poop now 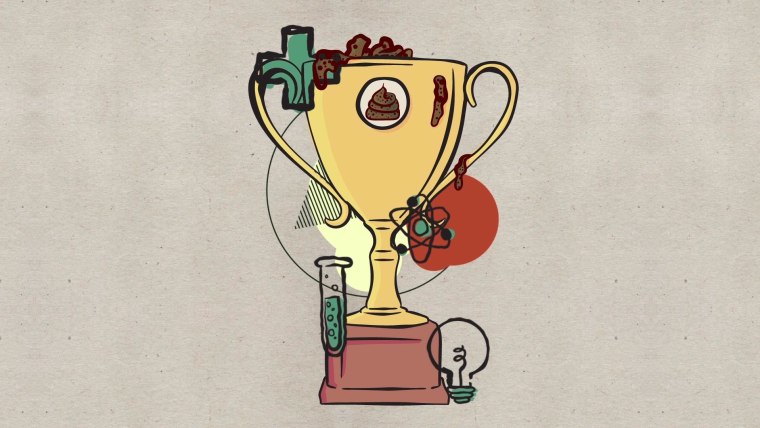 A group of researchers has some counterintuitive advice: Saving your poop now could save your life someday.

In an opinion paper published Thursday in the journal Trends in Molecular Medicine, the researchers make the case for autologous fecal microbiota transplantation, or FMT — using your own poop to restore your health later in life.

They theorized that the secret to being healthy in the future could be the complex ecosystem living inside the human body now.

“Considering the massive (and possibly permanent) loss of our microbial diversity due to industrial advances, the creation of a global ‘microbial Noah’s ark’ is warranted to protect the long-term health of humanity,” the researchers wrote.

“However, considering the highly personalized gut microbial compositions and the donor–recipient compatibility issue, creating a personal microbial Noah’s ark using stool banks for future personal use might also be a worthwhile option,” they continued.

Heterologous FMT is when the feces from a healthy donor is transplanted into another person to restore the gut microbiome and boost health. For now, FMT is not approved by the Food and Drug Administration, but the agency permits its use when a patient with Clostridioides difficile — one of the most common hospital-acquired infections — is not responsive to standard antibiotic therapy.

The gastrointestinal tract is home to around 100 trillion microorganisms — bacteria, viruses, fungi and protozoa. Collectively they are the gut microbiome. Mounting evidence shows that the gut microbiome plays an important role in health and disease, capable of influencing both physical and mental states.

When a stool sample is transferred, it brings with it all these microorganisms. The hope is that the traveling microbiota will repopulate in their new home, bringing balance and health. For example, the cure rate of Clostridioides difficile with heterologous FMT is up to 90 percent.

While a considerable amount of research is still needed to determine exactly how autologous FMT could help people, the paper’s authors say it could potentially be useful in combating inflammatory bowel disease, obesity and unhealthy aging, and in rebuilding a patient’s gut microbiome after chemotherapy and heavy use of antibiotics.

Christine Kee Liu, an assistant professor of medicine at Stanford University who was not involved in the paper, said she thinks a future with autologous FMT is possible and likened it to storage practices already in place, like egg freezing and cord blood banking.

“I think there are significant hurdles, both logical and scientific,” Liu said. “But I wouldn’t be surprised if this became a viable treatment in the next couple of decades. Science and medicine have achieved ‘the impossible’ before — look at the Covid-19 vaccines.”

In practice, it would look something like this: When a person is young and healthy, likely between the ages of 18 and 35, their stool would be collected and stored to be used later in life. After the stool is processed and stored, it can be delivered in several ways: ingested in capsules, rectally by enema or given during colonoscopy.

It’s possible that autologous FMT can act as a treatment for certain conditions, like Clostridioides difficile, and as preventative medicine.

“For example, in the case of aging, we expect that autologous FMT may be a more powerful therapeutic approach to promote healthy aging of the host than heterologous FMT,” the paper’s senior author, Yang-Yu Liu, said. Liu (no relation to Christine Kee Liu) is an associate professor of medicine at Harvard Medical School and an associate scientist at Brigham and Women’s Hospital.

Just like biodiversity helps a rainforest thrive, a gut is healthier when it is home to a diverse array of microbiota. In a 2022 study, patients with less biodiversity in their gut were more likely to experience heart failure. Although guts undergo accelerated changes when a person reaches late adulthood, older people with more diverse guts tend to be healthier and live longer.

Over the past decade, research on the gut has grown, with many scientists hopeful that a better understanding of its complex relationship to the brain and the body will revolutionize how many illnesses are treated. The FDA is especially interested in developing microbiome-based products to prevent, treat and cure diseases. For example, the FDA may soon fully approve a microbiome drug for treating Clostridioides difficile infections that’s an alternative to FMT. It may be available by the first half of 2023.

In addition, some research links Westernization and urbanization to an overall loss of microbial diversity, claiming elements like high-fat diets and wide use of antibiotics influence the gut in a way that drives disease. Other studies support this idea, finding that people living in urban areas have less diverse guts than people living in remote traditional communities.

At OpenBiome, a nonprofit organization and the first public stool bank to open in the United States, the pass rate for the screening process for donors is just 3%. This conservative approach is to ensure nothing unwanted is passed along with the stool, but it does mean fewer samples overall. Donating when a person is young and healthy and then using their own stool might be the solution, Yang-Yu Liu and colleagues wrote.

Still, this therapy is just one potential tool in the toolbox for improving gut health. For some people, good gut health can be maintained through exercise, diet, reducing stress and getting enough sleep.