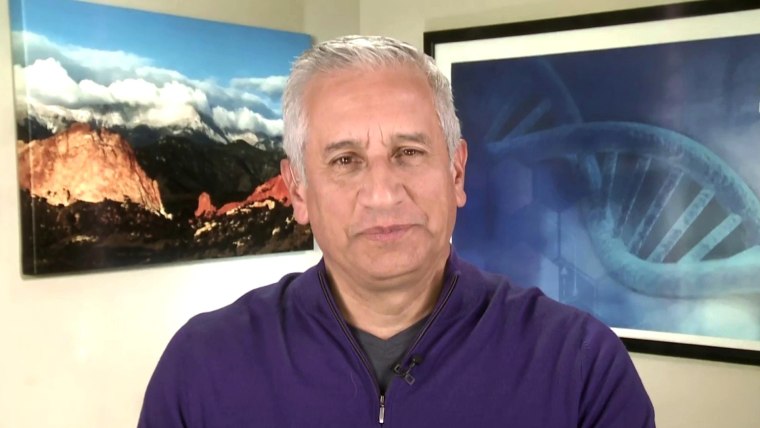 Flu cases are rising across much of the country, the Centers for Disease Control and Prevention reported Friday, though overall flu levels remain low.

Weekly flu cases had been declining through most of January, but began rising nationally the week ending March 5, the CDC said. That increase has continued, albeit slowly.

In addition, the number of weekly flu-related hospitalizations has been ticking up for nearly two months.

Most recent cases have been reported in the Midwest and parts of the South, including Texas.

“We certainly have noticed an increase in flu in the Dallas area,” said Dr. Trish Perl, chief of infectious diseases at UT Southwestern Medical Center.

There appear to be upticks in other respiratory illnesses commonly seen in the fall and winter, such as those caused by other types of coronaviruses that have been circulating for many years, though it’s unclear why, she said.

Overall this season, an estimated 3.1 million flu cases have been reported. There have been an estimated 1,800 flu-related deaths, including 13 children.

That’s significantly lower than a typical flu season, which can cause tens of millions of illnesses and tens of thousands of deaths in the United States.

During the 2020-2021 flu season — the first to coincide with the pandemic — there was virtually no flu activity in the U.S. Because of that, many experts warned that this season, the country could see a resurgence of the flu, spawning a “twindemic” with Covid this year. That did not happen.

Just 1.8 percent of visits to the doctor reported last week were due to any kind of respiratory illness, including fever, cough or sore throat, the CDC noted in its weekly influenza surveillance report.

Flu season typically peaks by February, but can last as late as May.

Dr. John W. Sanders, chief of infectious diseases at Atrium Health Wake Forest Baptist in North Carolina, said he was not surprised to see an uptick in flu cases, even this late in the season, given the relaxed behaviors of people.

“We’re taking off masks, we’re behaving more normally, we’re getting together more,” he said. Mitigation measures such as mask-wearing and social distancing, used to slow the spread of Covid, also slowed the spread of flu.

When flu does start circulating at high levels again, the country will be particularly vulnerable, Sanders said, because people haven’t been exposed to flu for two seasons.

“I’m afraid our baseline population immunity is going to be so low that we’re going to spread it more easily when it does fully make a comeback,” he said. “We’ll need to be prepared for what’s in store next flu season.”

The vast majority of cases now are a type of flu called H3N2, a strain that’s often considered to be particularly virulent.

The flu vaccine was not a good match for the virus this year, reducing a person’s chance of getting a mild case of flu by just 16 percent. (Flu shots generally provide about 50 percent protection against infection, but can still reduce the risk for severe illness and hospitalizations.)

As of March 25, less than half of U.S. adults — 44.3 percent — had received a flu shot, according to the CDC. Compared to last year, coverage is lower, especially among children and pregnant women.

The CDC recommends the flu shot for everyone age 6 months and older.