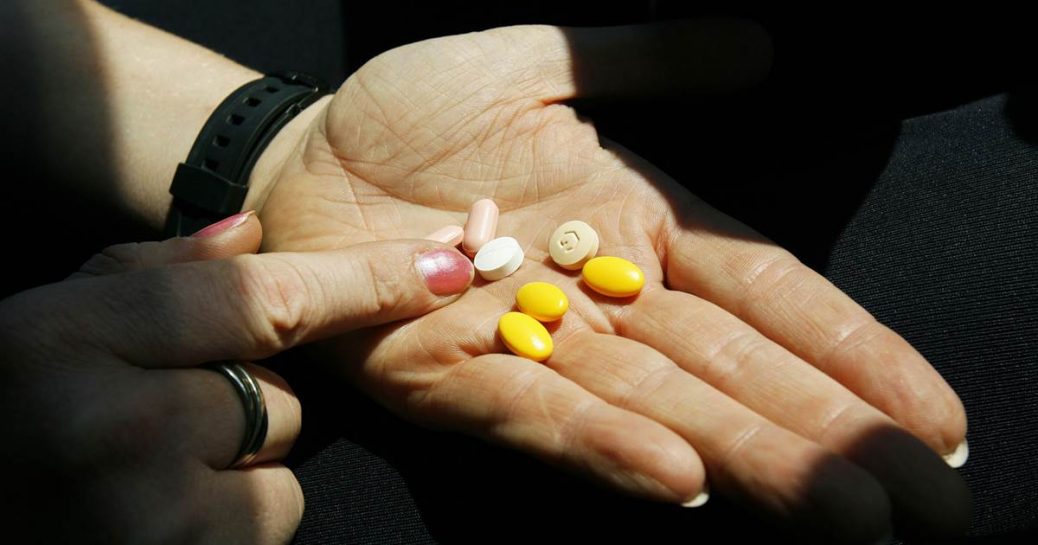 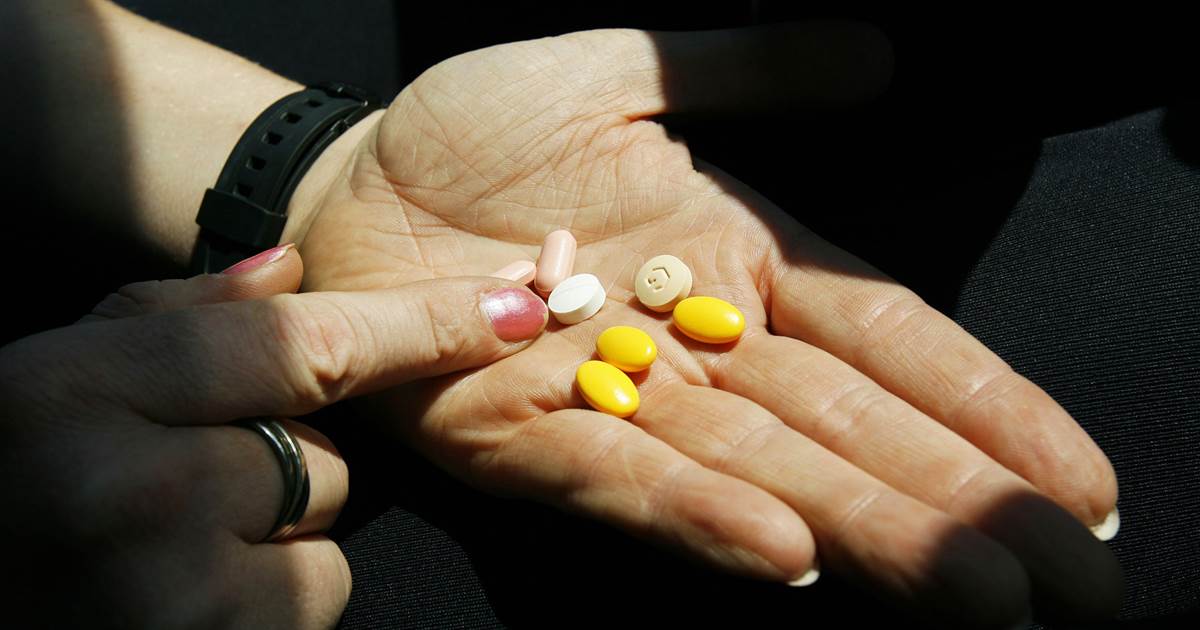 Nearly 1 in 10 transgender Americans are turning to nonprescription sources for gender-affirming hormones — including friends, relatives and internet pharmacies — according to a new study.

While the Affordable Care Act has extended health care to millions, many trans people are still uninsured or are denied coverage for transition-related care, including hormones and gender-affirming surgery.

According to the Transgender Legal Defense and Education Fund, only 24 states explicitly require private insurance companies to cover gender-affirming treatment. And nine states, according to the fund, have explicit exclusions for trans-related coverage under Medicaid.

“Every time I go to someone who’s not my doctor, I get misgendered, I get uncomfortable questions. So if I’m not dying, I’m not going to the doctor.”

It’s uninsured and underinsured individuals who are more likely to turn to alternative avenues to get hormones, according to Dr. Daphna Stroumsa, an OB-GYN with Michigan Medicine, and the lead author of the new report in Annals of Family Medicine.

“The lack of coverage is a combination of insurance companies being discriminatory in rejecting claims, and in creating excessive layers of [red tape] for something that is very straightforward and actually cost-effective,” Stroumsa told NBC News. “We know gender-affirming hormones immensely improve mental health and lower the risk of depression.”

Among the 27,715 study respondents who said they were interested in gender-affirming hormones, Stroumsa’s team found 15 percent were uninsured, and 21 percent of those with insurance said their claims were denied.

In all, more than 9 percent of the people in the study — 992 individuals — said they were taking nonprescription hormones.

Denied access to treatment, some individuals seeking to transition will use estrogen or testosterone prescribed to a friend, according to Stroumsa. Others will take birth control pills or buy medication off legally questionable internet pharmacies.

While the trend cut across demographics, turning to illicit hormone sources was slightly more pronounced among transgender women, as well as among younger respondents and biracial or multiracial individuals. There was no difference, however, based on education or economic level.

“It actually surprises me that [the number] is so low,” said Latinx trans advocate Cecilia Gentili, principal at Transgender Equity Consulting. “I’d expect it to be much higher.”

At the gender-affirming treatment clinic Gentili launched at New York City’s Apicha Community Health Center, demand always outweighed supply. “I started with nine clients, and by the end we had 650,” she said.

Transgender Americans face systemic barriers to care, and increased rates of unemployment and homelessness. Prior to the Affordable Care Act, insurance companies could deny coverage for transition-related treatments by labeling transgender identity a pre-existing condition.

The Trump administration has tried to repeal the Affordable Care Act, and, in June, revoked health care discrimination protections for transgender Americans. In the wake of the Supreme Court’s ruling in Bostock v. Clayton County, Georgia, a court injunction currently keeps those protections intact.

“Despite the administration’s best efforts, the ACA hasn’t been undermined to date,” Stroumsa said. “And more people are covered under Medicaid.”

‘If I’m not dying, I’m not going to the doctor’

Insurance isn’t always the issue. Outside of large, urban areas such as New York, Miami and Los Angeles, the odds of finding a caregiver who is culturally competent about transgender health become exceedingly low.“That’s why many of us find other ways to procure HRT,” Gentili said. “If you’re going to be misgendered, insulted or mistreated by a doctor, and you can get your meds from India or Colombia, then f— the doctor. I understand it.”

These days, Gentili works with a “terrific” primary care provider, but if she needs treatment in off-hours, she said she thinks twice about going to urgent care.

“Every time I go to someone who’s not my doctor, I get misgendered, I get uncomfortable questions,” she said. “So if I’m not dying, I’m not going to the doctor.”

Taking hormones not prescribed by a medical professional comes with a variety of risks. Not only because they may not be checked for content, quality, formulation or dosing, but because treatment isn’t likely to be monitored.

Estrogen therapy has been linked to blood clots in the lungs and legs, increasing the risk of stroke and possible long-term risk of breast cancer.

A 2018 Kaiser Permanente study found transgender women on hormone therapy were twice as likely as cisgender men or women to have the blood clot condition venous thromboembolism, which can cause shortness of breath, chest pain, lightheadedness or even fainting.

Though the risks of testosterone have been less studied, it can cause the blood to thicken, increasing chances of stroke or heart attack if too high a dose is administered or the dosage increases too quickly.

“The risks are on several levels,” Stroumsa said. “Where are you getting this from? Are you using the best regimen for you? Are we guiding you? Everyone deserves to be able to talk to their physician about their treatment.”

Gentili knows firsthand what getting hormones through less-than-official-routes can be like.

“My mom used to send me hormones from Argentina,” she recalled. “One time they made a mistake and sent me testosterone by accident. And I shot testosterone twice — it was a horrible experience.”

Still, she understands why many go outside the system.

“We have to define risk. What risk means to a white, cis[gender] man is totally different than what it means to someone like me. As a trans woman of color, I’ve been navigating risk as long as I can remember. If I can take a pill without dealing with a doctor who’s going to make me miserable — who’s going to attack my mental health, who I am — it’s worth it.”

Even if patients have insurance and go to medical professionals for transition-related care, the risk factors may not be fully appreciated.

“We get hyper-focused on the specific care they come for … and maybe we should spend more time looking at the larger picture of cardiovascular health,” said lead author Dr. Cecile Ferrando, director of the Cleveland Clinic Transgender Surgery and Medicine Program in Ohio. “There’s a big assessment on mental health before transition, but we’re not looking at the higher [heart-disease] risk.”

Among those who had been previously diagnosed with cardiovascular conditions, many were not receiving recommended treatment. Thirty to 40 percent were smokers, another serious risk factor for heart disease.

“If you’re going to start someone on this treatment, you need to know their risks,” Ferrando said. “In general, marginalized groups that have less access to health care or who are stigmatized fall into higher risk groups.”

There’s been a boom in transgender health in recent years, and yet there are still many unanswered questions.

“Before trans health care was politicized, it was invisible,” Stroumsa said. “We have one or two robust studies on cardiovascular disease on trans women, but we don’t know the long-term risks, because we don’t have the data from people [on hormone replacement therapy] for 20, 30 or 40 years.” When her patients ask which is better — estrogen pills, injections or patches — Stroumsa said she has to tell them she doesn’t know.

“I can extrapolate from hormone we give cisgender women, but I owe them better answers,” she said.

Still, she added, when people get their hormones from unsanctioned sources, they miss out on a chance to interact with knowledgeable medical providers. “Access to hormones can be a doorway to better care on a range of issues, from overall wellness to HIV/STDs,” Stroumsa said.

Gentili would like to see all trans people go to licensed health care providers for their transition care, too. But, she added, it’s up to the medical community to bridge the divide.

“It’s a cycle: If you’re treated like s— by [by your doctors], you don’t go see them, and you start to treat yourself like s—,” she said. “But if you’re affirmed by your providers, you’ll not just go to the doctor you’ll follow up on referrals and tests and everything. You’ll engage with the medical community.”