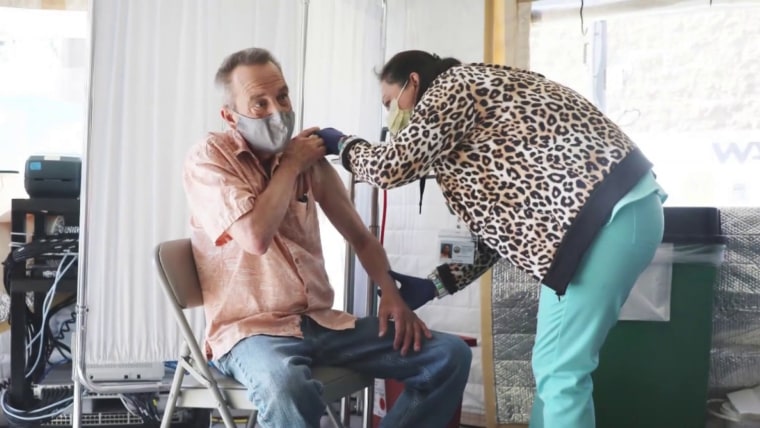 The Food and Drug Administration is poised to amend the emergency use authorizations for the Pfizer and the Moderna Covid-19 vaccines Thursday to allow people with compromised immune systems to get a third dose, according to two sources familiar with the plans.

The move would come after a panel of advisers to the Centers for Disease Control and Prevention met in Julyand urged action on extra doses for immunocompromised adults.

Doctors say it is increasingly clear that many such patients are still vulnerable to Covid following vaccination because they may not mount an effective immune response to the shots.

An estimated 2.7 percent of adults in the United States are immunocompromised, according to the CDC. It is unclear which groups would be covered under the expected FDA action. Immunocompromised patients include organ transplant recipients, people undergoing cancer treatment and people with HIV, among others.

Organ transplant recipients, for example, must take medications to suppress their immune systems so their bodies do not reject the new organs. One small study of these patients found the majority never developed antibodies to the coronavirus after vaccination. The others only developed low levels of protection.

In that study, from Johns Hopkins University, a third dose increased their antibody levels.

A boost in immunity would likely be welcome to those who never had a good response from the first two shots, as doctors have continued to advise such patients to continue with physical distancing and mask use despite the vaccinations.

The emergency use authorization does not include fully vaccinated, otherwise healthy people; both the Pfizer and the Moderna vaccines have been shown to be highly effective at preventing hospitalization and death in them.

The CDC advisory group is scheduled to meet Friday, when it may vote on whether to officially recommend a third shot for immunocompromised people. The panel’s signoff is needed before doctors can start prescribing extra doses.

Such a vote is only done after the FDA takes regulatory action, such as the expected amendment to the emergency use authorization.

Last week, the Mississippi Department of Health recommended immunocompromised people receive an additional vaccine dose, despite the fact that federal health officials had not yet signed off on it.