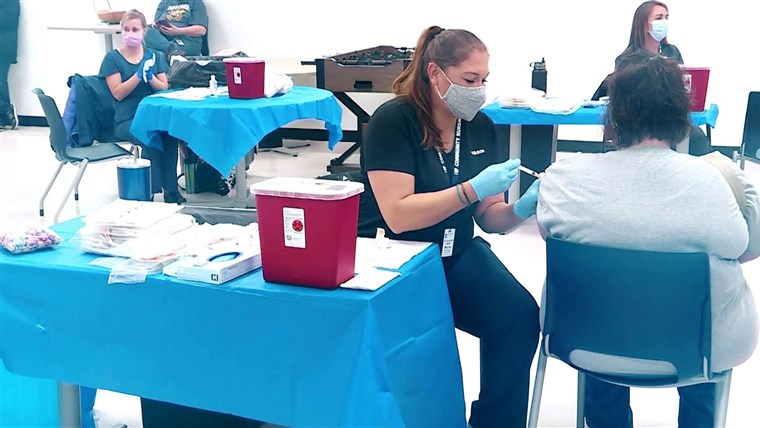 More than 400,000 people have died of the coronavirus in the U.S., according to an NBC News tally early Tuesday, a milestone that seemed unimaginable at the start of the pandemic a year ago.

More than 2 million people have been recorded killed by the virus worldwide, according to data compiled by Johns Hopkins University. The U.S. death toll is the world’s worst, even though it makes up less than 5 percent of the world’s population.

Nearly a year later, 24 million people have been infected in the U.S., the highest number of confirmed cases in the world. California on Monday became the first state to reach 3 million cases, and Los Angeles county crossed the 1 million case mark over the weekend, according to an NBC News tally.

The number of those killed is much higher than expected at the pandemic’s outset.

Dr. Deborah Birx, the White House coronavirus coordinator, warned in April that as many as 240,000 Americans could die of coronavirus even if containment measures were followed “almost perfectly.” President Donald Trump described that estimated toll as “sobering,” and has since been criticized for at first downplaying the threat posed by the virus and then bungling the federal government’s response to it.

As U.S. health officials were rushing to vaccinate as many vulnerable people as possible, Covid-19 continued to spread at record high rates across the country, with the United States facing a risk of new mutant virus strains spreading from the U.K., Brazil, South Africa as well as new strains emerging in the U.S.

But in California, state epidemiologist Dr. Erica Pan recommended that providers suspend administering doses from one batch of Moderna vaccine while they investigate reports of possible allergic reactions.

“Fewer than 10 individuals required medical attention over the span of 24 hours,” Pan said, adding that they are making the call “out of an extreme abundance of caution and also recognizing the extremely limited supply of vaccine.”

President-elect Joe Biden said last week he would deploy the Federal Emergency Management Agency and the National Guard to help set up vaccine clinics across the U.S. as part of an ambitious plan to get shots to millions of Americans.