FDA clears confusion by signing off on Covid boosters, but some experts say it’s ‘too late’

Home LIFESTYLE HEALTH & FITNESS FDA clears confusion by signing off on Covid boosters, but some experts say it’s ‘too late’ 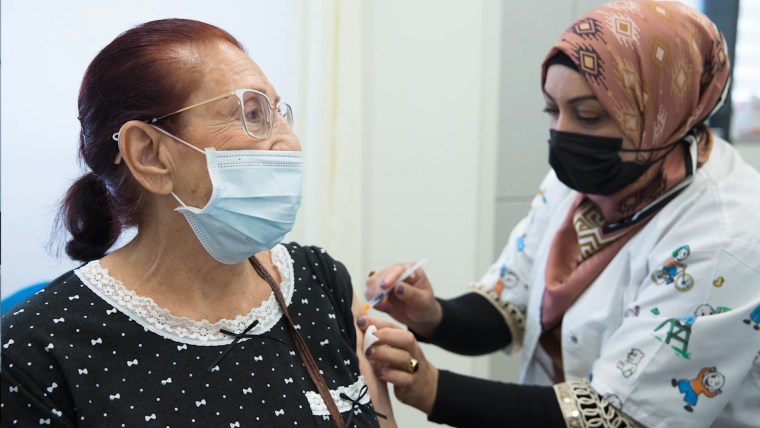 Friday’s authorization by federal officials to expand Covid-19 booster shot eligibility to all adults was met with overwhelming support from public health experts. But some were puzzled as to why the Food and Drug Administration didn’t make the move sooner.

Despite a plan by the Biden administration to have boosters available to nearly all Americans by late September, the FDA had only authorized a third shot of the Pfizer-BioNTech vaccine for certain populations, such as those 65 and older and people with underlying medical conditions, up until this point.

With enough convincing evidence to demonstrate safety in those groups, experts said they were frustrated that it took until now to authorize the Pfizer-BioNTech and Moderna boosters for everyone else.

“This is too late,” said Dr. Robert Murphy, executive director of the Institute for Global Health at the Northwestern University Feinberg School of Medicine and a professor of infectious diseases. “What is the problem in getting the best treatment out there quickly?”

The FDA signoff, which was followed by an endorsement from the Centers for Disease Control and Prevention, formalizes what has cropped up in a patchwork of states in recent days. Governors from Massachusetts to California have allowed people 18 and older to get boosters. Their decisions come ahead of the holidays, when indoor gatherings are expected to lead to a spike in Covid cases, including breakthrough infections.

He added that he has heard of people fibbing to get boosters before they officially qualify.

“When you have people exaggerating their work situation or their medical risk situation or feeling like they have to flat-out lie to get the protection they need, that’s a failing on the FDA and CDC’s part,” he said.

But others were not as quick to cast judgment, arguing the FDA needed time to review safety data, including the rare risk of myocarditis associated with the Covid shot and a third dose of it.

If anything, said Dr. Gregory Poland, director of the Mayo Clinic’s vaccine research group, the FDA was “working at record speed,” given that Moderna only submitted its application for booster expansion earlier this week and Pfizer did so earlier this month.

“I think it would have been a public relations disaster to say ‘We aren’t going to review the data, we’re just going to approve it,’” he said.

“I just don’t think there’s anything to be gained in looking backwards and criticizing what has happened. We are still in the midst of a pandemic. We are looking at the potential of another surge,” she said. “We just have to keep a laser-focus on getting as many Americans vaccinated as possible, including children who are now age-eligible.”

The FDA did not respond to NBC News regarding its booster shot timeline. In an interview Friday with The Associated Press, the agency’s vaccine chief, Dr. Peter Marks, said “we move as rapidly as we can.”

Will people actually get a third dose?

Whether people will choose to get a third dose remains to be seen. The experts all agreed that initially allowing just a portion of the population to get boosters likely led to confusion.

“It’s fueling the anti-vaccine crowd,” Murphy said. “You don’t know if you’re supposed to take the vaccine or not take it, if it works or not. This kind of messaging is not helping.”

While the FDA could have used more nuanced language — such as more forcefully indicating that their initial decision was based on the best available data at the time — the messaging problem was unavoidable, Poland believes.

“We were doing it in real-time,” he said. “If we had been studying these vaccines and using them for low-grade outbreaks over five or 10 years like most other vaccines, we’d have come out with a different set of recommendations, but the pandemic did not allow that luxury.”

“If we had been studying these vaccines and using them for low-grade outbreaks over five or 10 years like most other vaccines, we’d have come out with a different set of recommendations, but the pandemic did not allow that luxury.”

And it’s not clear whether the general public would understand the evolving nature of the recommendations and the science behind them, Segev said. He worried many people would “start to see the messaging as, ‘Tomorrow they‘re just going to tell me something different, so why should I listen to them now?’”

The hope of the nation’s top infectious diseases doctor, Dr. Anthony Fauci, is that adults will listen.

Pointing to studies from Israel, where many have received a third dose of the Pfizer shot, Fauci has repeatedly said in recent months that boosters have been shown to be safe and effective.

He argued this week that even though the vaccines are still providing protection against severe illness and hospitalization, a third shot will provide benefits beyond that.

“I don’t know of any other vaccine that we only worry about keeping people out of the hospitals,” Fauci said at a White House briefing Wednesday. “I think an important thing is to prevent people from getting symptomatic disease.”