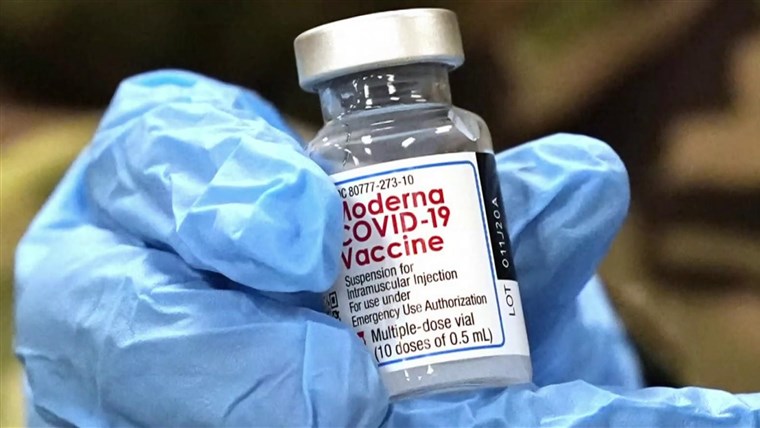 Two national pharmacy chains that the federal government entrusted to inoculate people against Covid-19 account for the lion’s share of wasted vaccine doses, according to government data obtained by Kaiser Health News.

The Centers for Disease Control and Prevention recorded 182,874 wasted doses as of late March, three months into the country’s effort to vaccinate the masses against the coronavirus. CVS was responsible for nearly half, and Walgreens was responsible for 21 percent, or nearly 128,500 wasted shots combined.

CDC data suggest that the companies have wasted more doses than states, U.S. territories and federal agencies combined. Pfizer’s vaccine, which in December was the first to be deployed and initially required storage at ultracold temperatures, made up nearly 60 percent of the tossed doses.

It’s not completely clear from the CDC data why the two chains wasted so much more vaccine than states and federal agencies. Some critics have pointed to poor planning early in the rollout, when the Trump administration leaned heavily on CVS and Walgreens to vaccinate residents and staff members of long-term care facilities. In response to questions, CVS said “nearly all” of its reported vaccine waste occurred during that effort. Walgreens didn’t specify how many doses were wasted during the long-term care program.

One thing is clear: Months into the vaccination drive, the CDC has a limited view of how much vaccine is going to waste, where it’s being wasted and who is wasting it, potentially complicating efforts to direct doses where they are needed most. Public health experts say having a good handle on waste is crucial to detect problems that could derail progress and risk lives.

The Pfizer-BioNTech and Moderna vaccines, which come in multidose vials, are fragile and have limited shelf lives. Overall, waste has been minuscule: As of March 30, the U.S. had delivered about 189.5 million doses and administered 147.6 million, including 7.7 million in long-term care facilities, according to the CDC.

Among other things, tracking wasted doses helps to identify bottlenecks where distribution adjustments might be needed, said Dr. Bruce Y. Lee, a professor of health policy and management at the City University of New York. Because the federal government is footing the bill, any waste amounts to “basically throwing [taxpayer] money down the chute,” he said. CVS, Walgreens and other retailers don’t pay for the vaccines; the government provides them. And under the Medicare program, it pays providers about $40 for each dose administered.

Particularly early on, officials didn’t adequately assess where there would be demand and set up sites in response, Lee said — which is especially important when trying to jab as many people as quickly as possible.

“If you think of any business, they’re going to determine where the customers are first,” he said. “It’s not just a matter of loading up vaccine and going to a place.”

KHN’s survey of vaccine waste is based on public records requests to the CDC and all 50 states, five major cities, Puerto Rico and Washington, D.C. Combined, the records document more than 200,000 wasted doses. However, the data have clear shortcomings. Data from 15 states, the District of Columbia and multiple U.S. territories aren’t included in the CDC’s records. And, in general, waste reporting has been inconsistent.

In addition to the CDC, 33 states and the District of Columbia provided at least some data to KHN in response to the records requests. They reported that at least 18,675 additional doses have been wasted across 10 jurisdictions not represented in the CDC figures. They include 9,229 doses wasted in Texas as of March 26 and 2,384 in New Hampshire as of March 10.

Eight more states told KHN about more wasted doses than they reported to the CDC.

But no city or state comes close to the waste reported by CVS and Walgreens, whose long-term care vaccination drive some officials criticized as slow and ineffective. Among nursing home staffers, a median of 37.5 percent reported that they got shots in the first month, according to a CDC study in February.

“To me, this ultimately correlates with just poor planning,” said a critic of the corporate effort, Dr. Michael Wasserman, immediate past president of the California Association of Long Term Care Medicine.

Wasserman said that the companies’ approach was too restrictive and that their unfamiliarity with the needs of long-term facilities harmed the effort.

“CVS and Walgreens didn’t have a clue when it came to interacting with nursing homes,” he said. “Missed opportunities for vaccination in long-term care invariably results in deaths.”

“Despite the inherent challenges, our teams were able to limit waste to approximately one dose per onsite vaccination clinic,” he said in an email.

Walgreens said its wastage amounted to less than 0.5 percent of vaccine doses the company administered through March 29, which totaled 3 million shots in long-term care facilities and 5.2 million more through the federal government’s retail pharmacy partnership.

“Our goal has always been ensuring every dose of vaccine is used,” company spokesperson Kris Lathan said in an email. Before scheduled clinics, she said, Walgreens would base doses it would need on registrations, “which minimized excess and reduced overestimations.”

CDC spokesperson Kate Fowlie said that because the retail pharmacy giants were assigned to administer a large number of doses, “a higher percentage of the overall wastage would not be unexpected, particularly in an early vaccination effort that spanned thousands of locations.” Since President Joe Biden took office in January, his administration has directed pharmacies to prioritize vaccinations for teachers and other school personnel.

Overall, pharmacies accounted for almost 75 percent of wasted doses reported to the CDC. States and some large cities accounted for 23.3 percent of vaccine waste reported, and federal agencies, including the Bureau of Prisons and the Indian Health Service, for just 1.54 percent. The Virgin Islands — the only U.S. territory in the federal data — accounted for 0.19 percent.

“Though every effort is made to reduce the volume of wastage in a vaccination program, sometimes it’s necessary to identify doses as ‘waste’ to ensure anyone wanting a vaccine can receive it, as well as to ensure patient safety and vaccine effectiveness,” Fowlie said. Even so, the CDC has provided guidance and worked with health departments to train staff members to reduce waste, and clinic staffers should do “everything possible” to avoid wasting shots, she said.

“I think we are getting to a place where, to continue to be successful with vaccination, we’re going to have to tolerate some waste,” said Dr. Marcus Plescia, chief medical officer of the Association of State and Territorial Health Officials. People unwilling to travel to mass vaccination sites might go to primary care physicians or smaller rural pharmacies that might not be able to use every dose in open vials, he said.

Claire Hannan, executive director of the Association of Immunization Managers, said concerns about waste shouldn’t trump getting shots into arms.

CDC numbers don’t include many states

The federal government collects information about vaccine waste through federal systems called VTrckS, which manages ordering and shipments, and Tiberius, a platform run by the Department of Health and Human Services that monitors distribution. VTrckS can exchange data with state and local immunization registries that track who has received shots, but some states rely on manual data entry, Hannan said.

Most of those reported minimal waste to KHN: Colorado, Kansas, Nebraska and the District of Columbia together registered just 1,090 wasted doses.

In others, the numbers are more significant. On March 19, the Maryland Health Department said it knew of 3,175 wasted doses.

Texas had the most wasted doses of any state in either the CDC’s data or the data states provided to KHN. Its records showed 9,229 wasted doses as of March 26, third overall behind CVS and Walgreens.

Fowlie, the CDC spokesperson, said the agency is “working closely” with states that have technical issues to ensure accurate reporting.

The reasons states gave for waste varied, from broken vials and syringes to providers’ storage errors to leftover doses from open vials that couldn’t be used.

The largest waste incidents, in which hundreds of doses were lost at a time, tended to be due to freezer malfunctions or workers’ leaving doses at room temperature too long.

But state records also register the little things that can go wrong.

Remi Graber, a registered nurse who has vaccinated people at mass sites and community health clinics in Rhode Island, said it’s not uncommon for a vial to have one too many or one too few doses, which can lead to a dose’s being counted as wasted. Syringe problems also sometimes result in waste.

But Graber said the biggest problem is people who don’t show up. Once a vial is punctured, Pfizer’s vaccine must be used within six hours. On April 1, Moderna announced that an opened vaccine vial was good for 12 hours — double what it had been previously.

“What could happen is you get people who just decide: ‘You know what? I don’t need my vaccine today. I’m not going to show up,'” Graber said. “Well, now we’re scrambling to find somebody to take the vaccine, because we don’t want to waste it.”

CORRECTION (May 3, 2021, 9:15 a.m. ET): A previous version of the headline on this article misstated the total number of vaccine doses wasted. More than 100,000 doses have been wasted, not hundreds of thousands of doses.