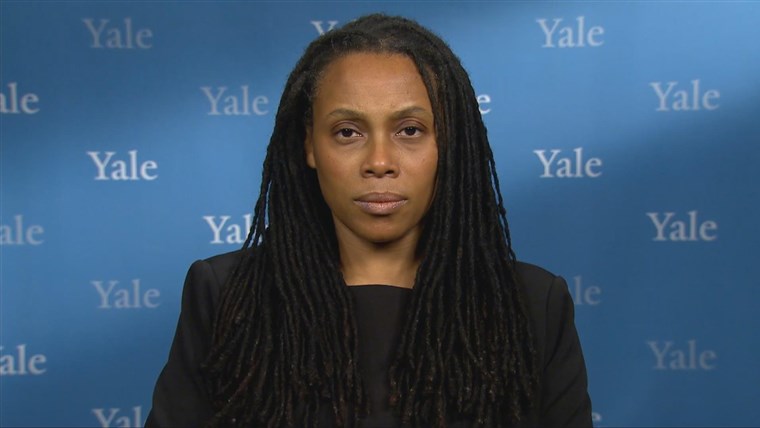 When Covid-19 hit Detroit, Bishop Edgar Vann had to close up his sanctuary, the venerable Second Ebenezer Church.

His duty became to use his voice to preach not only the word of God but also the gravity of the coronavirus.

Vann was enlisted to aid the city’s Health Department in February to get hesitant residents, largely African American seniors, vaccinated. The virus, he said, has had a “brutal impact” on the city, and marrying public heath with worship felt natural.

“I felt an obligation toward making sure that I would not only reach to my congregation but I would also reach beyond my congregation to a much broader influence that I have in the community,” Vann, who has been a pastor at the church for 44 years, said in a phone interview.

Thousands of seniors have been vaccinated in the predominantly Black city, and many more have been with help from people like Vann. Slightly over 30 percent of the city has been vaccinated, with Black residents making up over 82 percent of the total, according to city health data. Vann said he will keep preaching the safety and the necessity of the vaccines to get the city over the hump.

Clergy and grassroots organizations have been key to getting communities hardest hit by the virus direct access to the vaccines, but barriers remain. Those on the wrong side of the digital divide, those who lack employment flexibility and those without transit independence are still being left behind even as health care professionals begin a more “microtargeting” phase of the vaccination drive.

President Joe Biden said last week that progress has been made toward his administration’s goal. But while more than 200 million doses have been administered since he was inaugurated, demographic data on who has gotten shots remain largely incomplete.

The most recent analysis by the Kaiser Family Foundation of what has been reported by the Centers for Disease Control and Prevention would suggest that those hardest hit by Covid-19, including Black and Hispanic Americans, are still lagging in getting vaccinated.

The data, as of April 26, showed that race or ethnicity was known for only around 55 percent of the millions of people who had received at least one dose of a vaccine. Among that group, 64 percent were white, 12 percent were Hispanic, 9 percent were Black, 5 percent were Asian, 1 percent were American Indian or Alaska Native, and less than 1 percent were Native Hawaiian or Other Pacific Islander. Nine percent reported multiple or other races.

“I wish the Biden administration had made more progress that we could boast about, but I’m not surprised that inequalities haven’t been erased in the first 100 days,” said Manuel Pastor, a sociology professor who is director of the Equity Research Institute at the University of Southern California. “I think it’s important to realize that so much inequity is baked into every aspect of our system. When people step in and try to make equity a priority, they’re really working against long-term structural disadvantages that have been locked in.”

Tackling issues like the ability to make and keep appointments and combating hesitation and misinformation among underserved groups have frequently been the work of local officials, churches and community leaders, which the Biden administration has emphasized as part of its effort to ensure equitable access.

“You have to get down to that very grassroots level, understand what communities need, listen to those local leaders, because they know best in terms of what the needs and concerns are,” Dr. Cameron Webb, the senior adviser to the administration’s Covid-19 equity task force, recently told Axios, adding that addressing racial equity is critical to a successful vaccine rollout.

Early last month, the administration announced that it would work with 275 grassroots groups on the ground in a project called the Covid-19 Community Corps to help with hesitation and access.

Of the more than 576,000 people in the U.S. who have died from Covid-19, Black, Hispanic and Native Americans are dying at about three times the rate of white people, according to a CDC analysis. The stark numbers have led public health officials at all levels to push for equitable vaccine distribution.

By early March, the Biden administration had rolled out a series of initiatives to “ensure that every adult is actually able to get the vaccine,” many of them geared to help reach and vaccinate the “hardest-hit and hardest-to-reach populations.” By the end of the month, the administration had announced $10 billion more to help expand access to vaccines and testing for the most vulnerable communities.

Biden boasted in a speech last week that “more Latinos and African American seniors” have been vaccinated as a “percentage than white seniors.” The White House didn’t respond to multiple requests for comment, among them about the source of that data point. The CDC has said its data are incomplete because of a combination of people’s not reporting, providers’ not collecting and state laws or policies that prohibit sharing the information with the federal government.

Dr. Uché Blackstock, an emergency physician and founder of Advancing Health Equity, which works with groups to address health inequity, laughed at Biden’s claim. She said the administration’s population-based vaccine rollout isn’t wise, referring to White House Covid-19 response coordinator Jeff Zients’ statement last month that “the fair and equitable way to distribute the vaccine is based on the adult population by state, tribe and territory. That’s how it’s been done, and we will continue to do so.”

She said states’ use of varying health equity measures and indexes further aggravates the problem.

Dr. Sergio Aguilar-Gaxiola, director of the University of California, Davis Center for Reducing Health Disparities, has spent months holding focus groups with migrant farmworkers in the Central Valley to better understand the hesitation. He is also leading efforts to deploy testing and mobile vaccination clinics to farmworkers and other essential workers, many of whom are Latino and couldn’t work from home or didn’t have the luxury of leaving their jobs.

“There are populations here in California that have been experiencing what I call a double whammy,” he said. “On one hand, they have been disproportionately impacted by Covid in excess mortality, and at the same time, they are not benefiting yet from equitable distribution of vaccines.”

Success in encouraging vaccination depends on dispelling misinformation about the efficacy of the vaccines and using community organizations and trusted places, like churches, to promote access, Aguilar-Gaxiola said.

“What we have been doing very intentionally is to listen as deeply as possible to these populations,” he said. “There is a lot of distrust, but we need to understand that distrust.”

In Mississippi, addressing issues of transportation

As vaccinations began to accelerate nationwide, Pam Chatman, 51, a former local television news director, looked at Mississippi’s numbers and saw a “staggering” disparity between the state’s white and Black populations.

In the Mississippi Delta, a historic but impoverished rural area encompassing several counties, many Black residents were finding it difficult to get information or access to technology to schedule appointments, she said. No vaccination sites or major drugstores were nearby; some were as far as 25 to 40 miles away.

Chatman, who started a jobs program in the area in 2018 to bus residents from a dozen counties to work in large cities at companies like FedEx, was tasked by local health leaders to start an initiative to get rural residents to vaccination clinics. With the help of grants from counties and local community health groups, she created educational campaigns, offered incentives like gift cards and food baskets and transported dozens of rural residents to their appointments.

“And so what we’re doing consistently is letting people in Mississippi Delta see people that look like them, that they look up to, that they respect as community leaders get the vaccination and seeing them talk to them about their experience with the vaccination,” she said.

With nearly $40,000 in funding, Chatman is trying to fill gaps in access, such as lack of proximity to vaccination sites and high-speed internet — as thousands of appointments go unfilled in the state.

She predicted an uphill battle to get younger Black residents vaccinated and to rebuild trust after the CDC paused the use of the Johnson & Johnson single-shot vaccine in early April. She said that she transported 300 participants, young and old, who were waiting to get that shot and that only about 30 ended up getting vaccinated with another brand.

She said it was “devastating,” adding that many wanted the single-shot vaccine and asked to be updated when the pause ended. On April 23, the CDC and the Food and Drug Administration announced that the use of the Johnson & Johnson vaccine would resume after an 11-day pause.

Even though the pause has been lifted, Chatman knows there are people who are still resistant to any vaccination regardless of efforts to convince them otherwise.

“The younger generation here in Mississippi, it’s a no-go — they just tell you flat-out,” she said. “They’re just not doing it.”