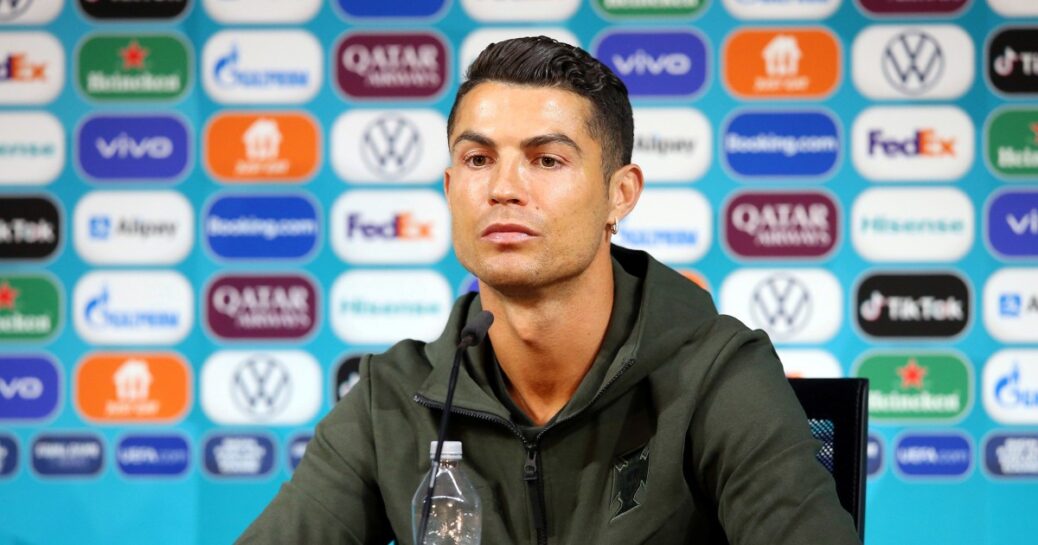 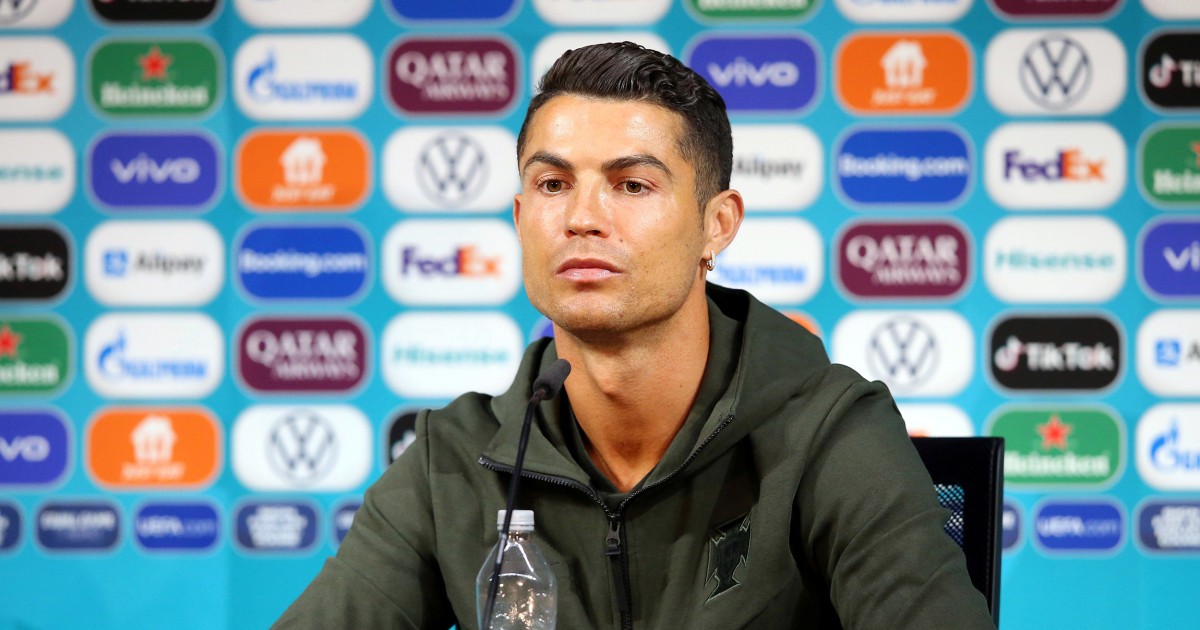 EDITOR’S NOTE (June 16, 2021, 6:10 p.m. ET): A previous version of this article incorrectly stated Ronaldo’s gesture eliminated $4 billion from Coca-Cola’s stock valuation. The company’s stock price, however, had begun to dip even before the gesture, and there is no evidence of a causal relationship between the gesture and the stock price.

Coca-Cola and Heineken are getting tackled on social media after two soccer stars visibly snubbed them at a tournament sponsored by both beverage makers.

Both Portuguese forward Cristiano Ronaldo and French midfielder Paul Pogba slid bottles from the sponsors away from themselves during separate press conferences.

On Monday, ahead of Portugal’s opening game at the Euro 2020 tournament against Hungary, in Budapest, the health-conscious Ronaldo was caught on camera as he moved the soft drinks away from him. He then held up a bottle of water and said, “Agua.”

Later, Pogba, a Muslim, removed a bottle of Heineken beer from him during a press conference.

Headlines and social media conversation noted that Coca-Cola’s share price fell Monday and attributed it to the global soccer star’s actions. But in fact, there was no real indication that the actions had affected the stock price.

The stock inched up slightly during the conference following the gesture, increasing to $55.30.

Clips of both incidents shot around social media, drawing some praise for the soccer stars’ gestures.

Ronaldo was “setting a positive example for young fans and showing his disdain for a cynical marketing attempt to link him with a sugary drink,” Britain’s Obesity Health Alliance tweeted.

Coca-Cola responded to a request for comment by pointing NBC News to a statement from European soccer’s governing body, UEFA, which said the company offered “a range of drinks to suit different tastes and needs, which are available to players throughout the tournament.”

It added that players “can choose their preferred beverage” at press conferences.

A spokesperson for Heineken, an official sponsor of the tournament, said in an email, “We fully respect everyone’s decision when it comes to their beverage of choice.”

One of the richest athletes on the planet, Ronaldo has a lucrative brand off the pitch, commanding huge endorsement deals, and with 299 million followers, he is the most-followed athlete on Instagram — even surpassing reality TV star Kim Kardashian West and singers Ariana Grande and Beyoncé.

Earlier this month, Ronaldo tweeted: “My body is my weapon. It’s the most important thing to me. In football, we are always told to eat well and train well to have a longer professional career.”

Ben Popken is a senior business reporter for NBC News.