A Latino father and essential worker died of COVID-19. He was afraid of losing his job.

Home LIFESTYLE HEALTH & FITNESS A Latino father and essential worker died of COVID-19. He was afraid of losing his job. 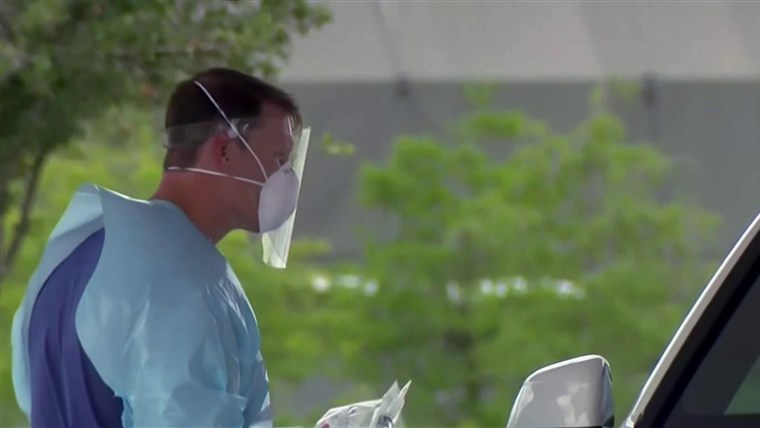 Alisha Alvarez, 28, said a final goodbye to her father at his funeral service Friday, still wondering if she could have done more to convince him that he didn’t have to go to work if he feared contracting coronavirus.

José Roberto Alvarez Mena, her dad, was one of thousands of essential workers who showed up to work as California saw a surge in coronavirus cases after partially reopening its economy earlier this summer. Alvarez Mena working as the head of maintenance for Mission Foods Corp. in Commerce, California, when he tested positive to COVID-19 on June 28.

Alisha’s mother and older sister, both of whom who lived with José Roberto, also tested positive for the virus during the same time period. While both women recovered, José Roberto’s symptoms worsened. On July 4, he was hospitalized after struggling to breathe.

He was then admitted to the hospital’s intensive care unit on the following day. José Roberto, known to people in his Los Angeles community as “Beto Mena,” spent two weeks connected to a respirator until he died on July 20. He was 67.

“It’s the most painful thing, especially because you can’t see them in person, you can’t say bye. People have to remember that, when they say they don’t want to wear masks,” Alisha told NBC News. “This is not a political issue. This is harming people and ruining their lives.”

José Roberto, who was an engineer by profession, emigrated to the United States from El Salvador in the 1980s “to work and provide for his kids,” said Alisha, adding that he was the family’s sole provider. “That’s why work was always the most important thing to him.”

“My dad never said no to helping people. He was always there for any family member no matter what. He was the kind of guy who would go into work on his days off because his boss would call him for help,” said Alisha.

Alisha and her siblings helped their mother move out of the house last weekend “just because there’s too many memories.” Alisha’s parents were together for about 35 years.

The Los Angeles Public Health Department ordered the temporary closure of Mission Foods Corp. on July 29 for failing to report a COVID-19 outbreak that sickened at least 40 of their workers; they also closed two other food processors. The company was allowed to reopen its facilities one day later.

Get a head start on the morning’s top stories.

The family has criticized the company for failing to protect José Roberto. Alisha said their actions were “straight up negligent.” The family says that one month before Mission Foods’ closure, José Roberto told them he was hearing rumblings at work of people getting sick.

“He would come home and tell my mom that so-and-so is sick or someone else is down,” said Alisha. “But nothing was officially told to my dad.”

Alisha said the company’s behavior was inconsistent with what her father had experienced back in May when he received an official letter from Mission Foods warning about potential COVID-19 exposure at work after an employee contracted the virus. At the time, both of her parents tested negative to the virus.

“There are a lot of essential workers and Latino workers at Mission Foods, who are there providing for their families, who do not want to speak up because they are afraid,” said Alisha.

Mission Foods affirms that their “company-wide health and safety measures meet or often exceed the requirements of health authorities” and that they are hand-delivering a note to each employee in their respective facility when the company is made aware of a confirmed case.

Afraid to lose his job, “or be replaced by someone younger”

As California began seeing a rise in COVID-19 cases, Alisha and her siblings started to worry about their father’s exposure to the virus at work, especially because he suffered from diabetes and high blood pressure.

Alisha and her siblings would tell José Roberto, “you have rights” and encourage him to disclose his preexisting health conditions to his employer in order to return to work at a later time when coronavirus cases weren’t increasing.

“But he was afraid to lose his job or be replaced by someone younger,” said Alisha. “And on our part, we didn’t take the time to research what his rights would have been. I wish at that time, I would have gotten a lawyer—that would mean that he would still be here with me alive.”

The Alvarez family held José Roberto’s funeral service Friday. About two dozen people showed up to a cemetery wearing face masks. People sat on every other chair to keep physical distance as a priest gave a mass in José Roberto’s name. About 40 people tuned into the service via a Zoom video conference.

“We had to put a limit on people attending the funeral and we are a big Latino family, so it’s been challenging,” said Alisha. “But in a way, it has also allowed us to mourn in a more intimate way.”

The family recently created the Beto Mena Foundation to honor José Roberto’s memory. Alisha hopes the nonprofit will help Latino families struggling to survive the pandemic, as well as other communities of color. So far, they have been able to send basic medical supplies and thermometers to families with no access to COVID-19 testing in El Salvador, José Roberto’s native country.

Ultimately, Alisha hopes that the foundation can help essential workers access bilingual labor lawyers and host food drives as well as other community events around Los Angeles and Orange County in partnership with other foundations.

The coronavirus has killed at least 5,136 people in Los Angeles County, half of them are Latino.

“These aren’t just numbers. These are people. They’re mothers, fathers, siblings, uncles that are not with us anymore,” Alisha told Telemundo in Spanish last week