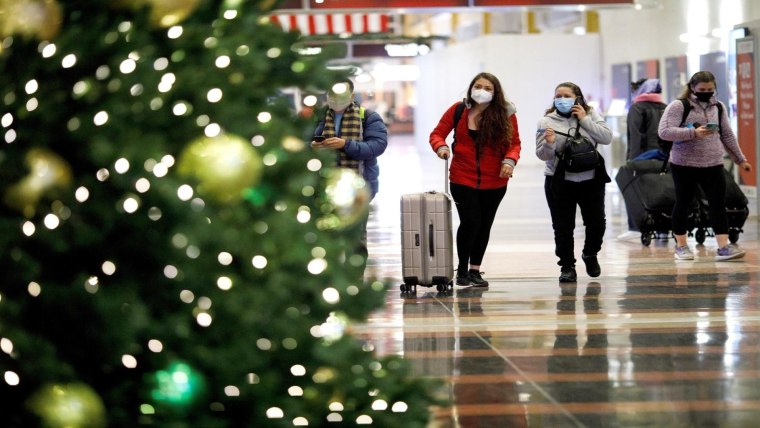 TOKYO — Japan is to step up coronavirus restrictions in three regions that host United States military bases to stem a Covid-19 surge that some officials have said the bases have helped fuel.

The restrictions, which authorities call “priority measures,” are being brought back for the first time since September, when Japan lifted emergency controls that had prevailed across the country for most of last year.

Prime Minister Fumio Kishida told a meeting the measures, which will allow steps such as limiting the operating hours of restaurants and bars, were needed to rein in surging cases.

The infectious omicron variant has been found in about 80 percent of Japanese prefectures. Total new infections will exceed 5,000 on Friday, the Yomiuri newspaper reported, compared with an average of about 200 a day last month.

“We must be prepared for the rapid spread of infection,” Health Minister Shigeyuki Goto told reporters.

“There are cases where there is no history of overseas travel and the route of infection is unknown, while the delta strain also continues to spread.”

The new measures in the southern prefecture of Okinawa and the western prefectures of Hiroshima and Yamaguchi, will last from Sunday to the end of the month.

All three regions host bases for the U.S. military, which on Thursday announced stricter infection controls at Japan’s urging after outbreaks at bases appeared to have spilled into communities.

Governors of the prefectures had requested the tougher measures after seeing a surge in cases driven by the omicron variant.

The southern island chain of Okinawa, host to 70 percent of U.S. military facilities in Japan, has been the hardest hit, in what appears to be the country’s sixth wave of the pandemic.

The prefecture reported 1,414 new cases on Friday, a record and up from 981 on Thursday.

Infections have also been on the rise in major metropolitan areas. Tokyo said it found 922 new cases on Friday, the most since Sept. 15.

Tokyo’s government is planning to strengthen countermeasures by directing restaurants to limit diners to groups of four, down from eight, the Kyodo news agency reported.

Amid ongoing frustration with the U.S. bases in Japan, the two countries have also to work together on another issue dominating officials: China’s growing might.

The comments from the two allies, in a joint statement that followed a virtual meeting of their foreign and defense ministers, highlight how deepening alarm about China — and growing tension over Taiwan — have put Japan’s security role in focus.

The ministers expressed concerns that China’s efforts “to undermine the rules-based order” presented “political, economic, military and technological challenges to the region and the world,” according to their statement.

“They resolved to work together to deter and, if necessary, respond to destabilizing activities in the region,” it said.

The ministers also said they had “serious and ongoing concerns” about human rights in China’s Xinjiang and Hong Kong regions and stressed the importance of peace and stability in the Taiwan Strait.

In a separate virtual summit on Thursday, Japan and Australia signed a defense cooperation agreement.

“We deplore and firmly oppose the gross interference in China’s internal affairs by the U.S., Japan and Australia and the fabrication of false information to smear China and undermine the solidarity and mutual trust of countries in the region,” foreign ministry spokesman Wang Wenbin told a daily briefing in Beijing.

Pacifist Japan has close economic ties to China but is increasingly concerned that it could move against democratic Taiwan, which it claims as part of China.

“This is clearly a combined message reflecting a common concern, not a case of U.S. arm-twisting to get Japan to sign onto vague euphemisms,” said Daniel Russel, who served as the top U.S. diplomat for Asia under president Barack Obama and is now with the Asia Society Policy Institute.

“In particular, the expression of joint resolve to respond if necessary to destabilizing activities comes across as a powerful expression of alliance solidarity and determination.”