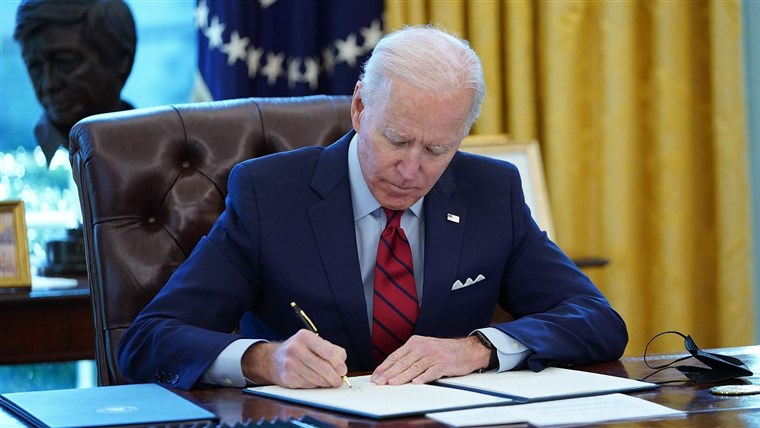 An uninsured patient visited Dr. Gregory McCue’s practice in Cody, Wyoming, this week and explained that she can’t afford insulin to treat her diabetes. McCue fears that the next time she returns to Cody Regional Health, it could be costly and life-threatening.

“That patient,” McCue said, ”will end up in the hospital and it will cost us $5,000 for a two-day stay instead of $200 to $300 a month it would have cost for her insulin. And because you can’t get blood out of a turnip, that’s uncompensated care that gets passed onto the hospital and the state.”

That’s a weekly occurrence for him in Wyoming, he said, because the state hasn’t expanded Medicaid, an option that could provide health care to thousands of working people in the state.

That could soon change, however.

On Wednesday, Republicans who long opposed the measure and Democrats who long supported it in the Wyoming House joined together to pass Medicaid expansion, potentially signaling the beginning of a change nationwide that could bring health care to those within the coverage gap.

Expanding Medicaid is an option available to states since 2014 through the Affordable Care Act, commonly known as Obamacare, yet Wyoming and 11 other states have refused to take up the federal government’s offer. About 2.2 million people, who earn too much for Medicaid and too little for Obamacare subsidies, fall in that coverage gap nationwide, according to the Kaiser Family Foundation.

In those that have refused to expand Medicaid, Republicans in power have maintained that their states cannot afford to pursue the measure and their opposition has become more ideological over time. Their positions have ignored much evidence that states that have expanded did not take on additional cost burdens and increased coverage saved American lives.

The conversation around Medicaid expansion appears to be undergoing a new and dramatic shift in some of the holdout states, however. Central to that change is the Biden administration’s offer, via its Covid-19 relief bill, of increased federal dollars over two years to states that adopt expansion for the first time. It’s expected that funding could cover the states’ Medicaid costs for that period.

“It’s the stimulus funds that are really the motivation,” said Sen. Chris Rothfuss, the Wyoming Senate minority leader who helped write the bill moving its way through the Legislature. “I think it has really changed some hearts and minds in the Legislature.”

The window is small for the bill to pass in Wyoming. The state Senate has a week to approve it before the session ends, and Republican leadership in the Senate quashed an effort in the chamber earlier this month. The fact it’s a conversation with Republican support is significant, and the aid to the state could be massive.

In Wyoming, Medicaid expansion combined with the boost from the American Rescue Plan means $120 million over the next two years and, according to the state’s own estimate, it would provide more than 24,000 people health care coverage. The state has 67,900 uninsured residents, according to data released by the Department of Health and Human Services.

“I voted ‘no’ multiple times on this same issue,” Wyoming Republican House Speaker Eric Barlow said Wednesday on the floor of the Legislature, “and I’m going to vote ‘yes’ this time, because I haven’t seen any other solution. Nobody’s brought anything forward, and I’ve looked myself.”

It’s not just Wyoming where advocates and state leaders have begun to see the ground shift on health care. Many have noted Alabama Gov. Kay Ivey’s office said she is “open to the discussion” after she and state GOP leaders have long opposed expansion, but there is also fresh movement among some Republicans in North Carolina, Texas and in other states — something many once thought impossible.

On Friday, North Carolina Republican state Sen. Kevin Corbin announced on Facebook that he was working with Sen. Jim Burgin, the chairman of the state’s Senate health care committee, “to introduce a bill in the next two weeks that looks at how to expand healthcare coverage for working families in North Carolina.” It’s one of the first public announcement by North Carolina Senate Republicans that signaled they are working on a form of health care expansion.

According to two people close to recent negotiations, however, concrete conversations among North Carolina Senate Republicans about Medicaid expansion legislation have progressed further than ever before — just ahead of the April 6 bill filing deadline in the Senate. But the American Rescue Plan incentives have not been the only element to move the needle, they said.

“We have over 400 studies showing why Medicaid expansion is a good thing,” said Joan Alker, executive director of Georgetown University’s Center for Children and Families. “It has not busted the budgets of the states that have done it, it’s supported their budgets, it’s reduced mortality, it’s improved health outcomes, it’s supported hospitals — the evidence is piling up. And so saying ‘no’ is getting harder and harder.”

Seven Republican House members in Texas, meanwhile, signed their names onto a bill, authored by Rep. Julie Johnson, a Democrat, that would expand Medicaid. The effort could bring billions of dollars to the state that has the highest uninsured rate in the country, according to the Department of Health and Human Services data, and provide health care coverage to as many as 1.5 million Texans.

“This is the first Republican co-sponsored bill we’ve had since 2013,” said Anne Dunkelberg, who oversees health care policy for the public policy think tank Every Texan. “So it is a very big deal.”

While Texas Gov. Greg Abbott and Lt. Gov. Dan Patrick, both conservative Republicans, are unlikely to support any Medicaid expansion bill — which would likely kill the measure — some expect it to set up a political battle within the state Republican party and balloon into a major issue in the 2022 race for the governorship.

In Texas, 69 percent approve of Medicaid expansion, according to a poll conducted late last year by the Texas-based Episcopal Health Foundation.

Abbott has not made a clear statement about expansion since the passage of President Joe Biden’s American Rescue Plan, which some say is telling, but he has been a harsh critic in the past. Ed Emmett, a Republican who served until 2019 as the judge of Harris County, the largest county in the state, recalled that Medicaid expansion was a nonstarter in meetings with Abbott.

“Anytime a meeting was set up with the governor or his office, I was told if you bring up Medicaid expansion, the meeting is over,” he said.

And governors can function as effective bottlenecks for any effort to expand Medicaid.

Mississippi Gov. Tate Reeves, a Republican, said earlier this month that his “position has not changed. I am opposed to expanding Medicaid in Mississippi.” That decision prevents more than 200,000 people in the state from getting health care coverage, according to the Kaiser Family Foundation.

Republican Florida Gov. Ron DeSantis’ office said he was opposed, declining health care coverage for approximately 800,000 people. South Carolina Gov. Henry McMaster’s spokesperson told the Washington Times that the governor “is not for sale” and would not support expansion for about 300,000 residents. South Dakota Gov. Kristi Noem has also signaled her continued opposition, which would leave about 50,000 people in the state without coverage.

In Georgia, Gov. Brian Kemp is attempting to wage a war with the Biden administration over Medicaid work requirements — an issue the Supreme Court may soon review.

Kansas and Wisconsin, meanwhile, have Democratic governors who support expansion but Republican legislatures that have historically opposed it.

It remains to be seen whether the latest Covid-19 relief bill will sway state Republicans further to entertain the possibility of expanding Medicaid.

Some state leaders and advocates said that expansion may not happen in these states this year, especially considering the short legislative windows, but there is renewed optimism considering the promised federal aid is not time limited.

“I think we’ll start to see more robust debates in other states as well,” Alker said. “And of course, if a couple of states, like Wyoming, move, that creates momentum and things could really heat up.”