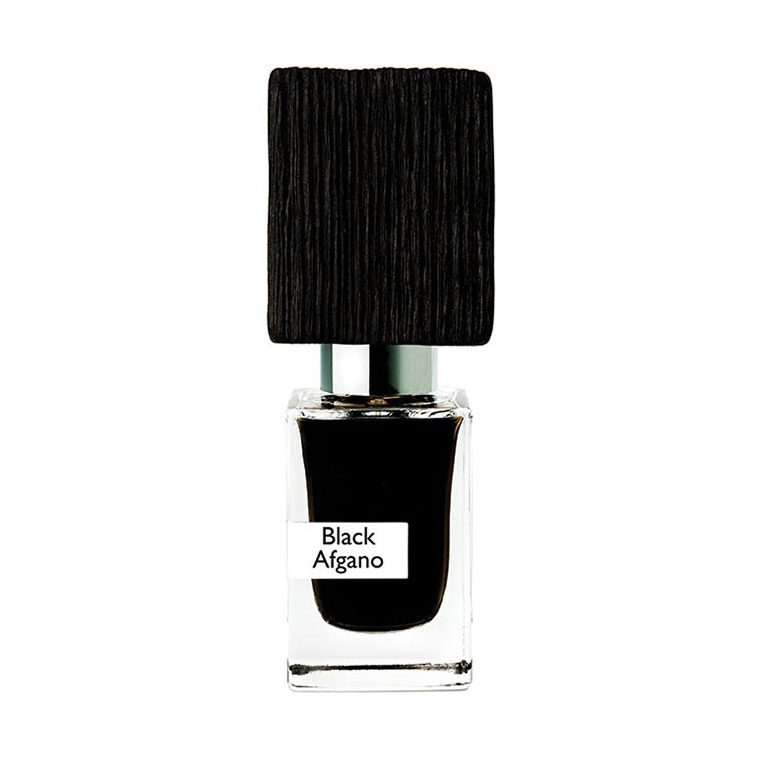 Nasomatto Black Afgano Extrait de Parfum had glimpses into a lot of its notes in the early 15 minutes of wear, but it was mostly dark, earthy, animalic oud with resinous, overripe fruits and little else on my skin. It was more spiced, nutty, and toffee-like early on, along with a more definable raspberry sweetness, but it morphed into something fruity but nothing distinctive to my nose. The notes are listed as:

It opened with rich, roasted coffee and dark oud, quickly followed by nutty labdanum and chewy, toffee-like resins that were thick, heady, and woody. It felt like an incredibly dark, rich amber with whispers of oud, earthy, lightly animalic. There were subtle, leathery undertones that spilled through the amber. Within five minutes, a kiss of raspberry sweetness atop a mountain of spiced, resinous amber and oud.

Black Afgano remained mostly an amber and oud mix, where the oud was never at its full, most challenging intensity; instead, it added an earthiness and rounded out the amber and kept it from being as heavily spiced as it was initially. The oud suggested something animalic but nowhere near the barnyard. There was a fleeting whisper of cannabis after 20 minutes that was deep in the background.

I found the oud turned louder over the next two hours with a sweet, fruity element over smoke and spiced amber. The oud continued to be the strongest element in the composition through the drydown–it was rich, resinous, and somewhat animalic and musky. Five hours in, the drydown has slightly more of a smoky quality paired with the fruity sweetness and oud, which was still fairly intense in scent.

For testing, I used 1/2 of a 0.7ml sample vial dabbed to the underside and topside of my wrist area on my left arm. I used an unscented moisturizer prior to applying the scent as this is also my swatching arm (aka, incredibly parched at any given moment) as I found scent did not hold well here otherwise.

I purchased my sample in January 2022; fragrances are known to be reformulated over their lifetime , so be mindful of when a review was made, e.g. a review from 2010 may not reflect what the same-named perfume smells like in 2022.

It lasted for three hours until it was a skin-scent and about 10 hours before it was quite difficult to detect on my skin. The sillage and projection were moderate but dropped within two hours.

Oud with such an intense, sweet and fruity aspect didn’t quite do it for me; I felt like it was too much of the same thing for too long! I was surprised that the oud didn’t shift more throughout the development of the scent.