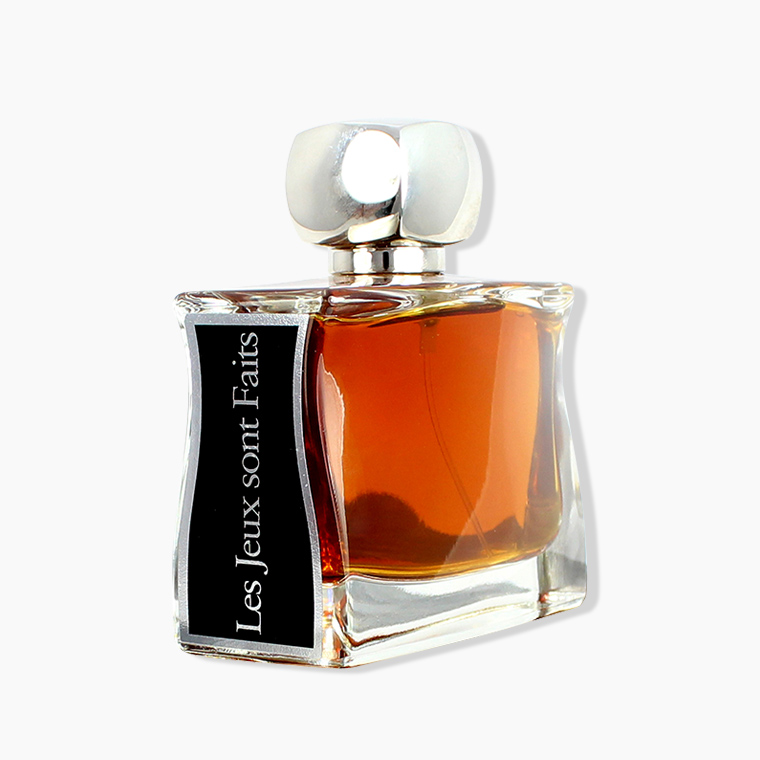 Jovoy Les Jeux Sont Faits Eau de Parfum has an opening to be remembered–incredibly fresh, green, and earthy–and smelled like damp soil, sweet greens, and cumin. The soil and cumin was ever-present for me, only getting weaker and weaker as time passed, but even as the smoky, spiced woods broke through, an inhale still brought in a strong earthiness with cumin. This combination of soil and cumin felt like it wasn’t as blended with the rest of the notes, either sitting on top or below but so distinct from the rest that it almost felt like two fragrances worn side-by-side.

Based on looking at other consumer reviews on various perfume websites, many people love it (often those who seem to have other notes sing on them, describing it as a boozy, ambery scent), while others find it hard-to-wear, due to the strength of the cumin.

It opened with a fresh blast from the gin, and then sharp greens that gradually became sweetly green with mounds of dirt strewn on the ground. It initially made me think of savory herbs and spices, especially as the cumin worked its way through and made the herbaceous greens drier. The dried fruits, darkly sweet, emerged after five minutes but only visible along the edges. It was still incredibly aromatic and green with savory spice.

The sweet greens were first to recede, which left it primarily a mix of earthy soil and cumin, and after 45 minutes of wear, spiced woods and sweet tobacco joined the cumin and significantly toned down the savory feel of the composition. After four hours of wear, it became quite smoky and spicy, more like incense to me, but the earthy soil and cumin combination was still there, never far from detection. It continued on in this vein and never quite lost its soil aspect, though it was very much a skin-scent after five hours of wear.

For testing, I used half of a 0.7ml sample vial, which was applied to the underside and topside of my wrist area on my left arm. I used an unscented moisturizer prior to applying the scent as this is also my swatching arm (aka, incredibly parched at any given moment) as I found scent did not hold well here otherwise. It did not have much projection or sillage outside of the first hour of wear, and then it was truly a skin-scent after five hours of wear.

Subjectively, the strength and longevity of the soil and cumin duo wasn’t something I enjoyed. It felt like it was sitting under or over the rest of the notes, rather than blended, because they stood out so much throughout the wear of Les Jeux Sont Faits. Time will tell if cumin gets amplified on my skin relative to other notes, though I have not encountered it as an issue in the few scents I’ve tried that have it in them thus far.