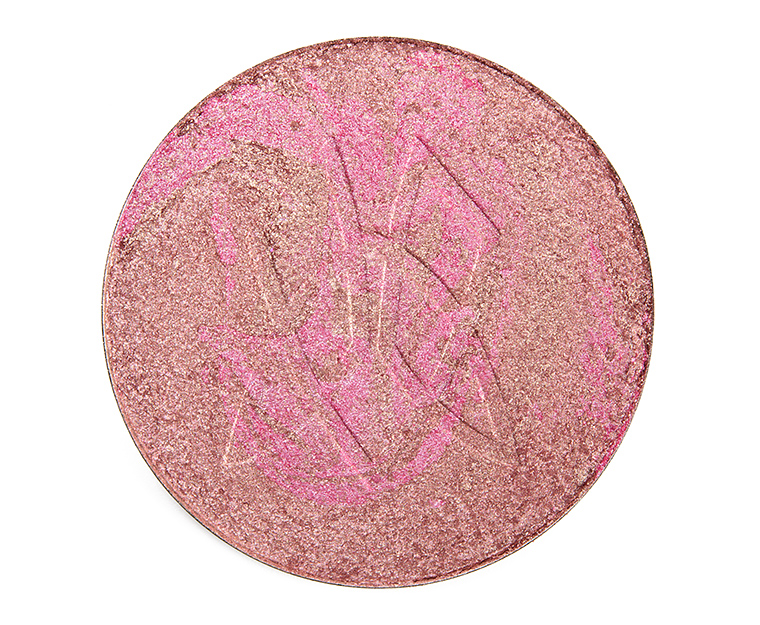 Clionadh Clionadh (Dark) Powder Highlighter ($12.50 for 0.21 oz.) is a medium-dark pink with moderate, warm undertones and a metallic finish. It was intensely pigmented where a little went a long way, which is fantastic for those who prefer higher coverage, but it wasn’t as buildable as described by the brand.

It had a smooth, lightly creamy consistency that wasn’t too firmly-pressed into the pan nor too thick, so it picked up readily with a blush or highlighter brush. The product applied evenly to bare skin, diffused well, and didn’t emphasize my skin’s natural texture. It lasted well for eight and a half hours on me before fading visibly.

There’s not much that describes the formula other than it has a “soft, buildable application.” They tended to be quite pigmented–semi-opaque to fully opaque–with soft, smoother textures that weren’t too dense nor too softly-pressed into the pan. For sheerer or more buildable application, I’d highly recommend using a lighter hand a less-dense brush to do so.

The texture was typically smooth, slightly dense and a bit thicker than most powder highlighters on the market, so they often needed to be really buffed and diffused on the skin. The finishes were often more intense, leaning toward metallic, and occasionally, they emphasized my skin’s natural texture when worn at higher coverage levels. They wore between eight and nine hours on me for the most part.

Browse all of our Clionadh Powder Highlighter swatches.

We’re here to help you make better beauty purchases that you’ll enjoy and love! We recommend signing up to take advantage of personalized features like tracking products you own, viewing dupes that you already have, and more!

Here are some useful resources for you:

Curious how two shades compare to each other? Type in the shades below to get instant side-by-side swatches!