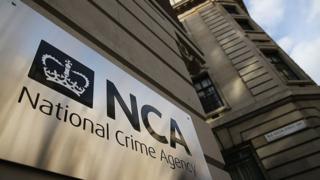 The National Crime Agency is facing criticism for failing to investigate reports alleging that banks forged signatures and fabricated evidence in court actions to repossess homes.

MPs urged the NCA a year ago to investigate the matter following a BBC News investigation.

The NCA has received at least 19 boxes of evidence relating to 362 incidents.

But anti-corruption campaigners and MPs say victims haven’t been contacted and no investigation has been started.

The NCA says it is making a “thorough assessment” of the material submitted to determine whether a criminal investigation was necessary.

“We are continuing to assess the material, including additional information supplied in May 2020,” said an NCA spokesman.

“Together with partners in the FCA and SFO, we are making a thorough assessment to determine whether there are grounds for a criminal or regulatory investigation.”

In July 2019, an investigation by the BBC set out evidence of signature forgery on court documents used by banks and their representatives to repossess.

Handwriting experts confirmed that in many cases sent to the NCA, signatures used over the same name could not have been signed by the same person; and that the same signature had been signed over different names.

Following the BBC investigation, the Treasury Committee urged the NCA to investigate the matter.

MPs say the extensive documentation submitted to the NCA supports allegations, denied by the banks, that evidence has been fabricated or concealed in court actions to recover personal and business debts.

But anti-corruption campaigners say not a single complainant has been contacted by the NCA among hundreds of victims.

‘We have been to hell and back’

In one example, Anna Britton, 49, from Portishead, was forced to sell her home and move back with her two daughters to her parents’ two-bed flat after a dispute with a bank over business debts.

The three had to share a room and were homeless for more than three years. Anna says the trauma led to her then-12-year-old daughter becoming severely anorexic.

“We have been to hell and back. When I realised that I’d been put through that using a fabricated document, you think – you gave me 12 weeks to sell my house. You sold my furniture, you sold my clothes, you sold my children’s teddies. You left us with one bag each of clothing. You’ve destroyed every hope and dream we had.

“I’ve watched my daughter being tube-fed. She was hospitalised for three months, her heart rate was at 33, her sugar levels dangerously low – we almost lost her. She’s now 14 and still recovering from what she’s been through.”

As the bank pursued the business debts through the courts, it relied on a personal guarantee document which Anna says she never signed. Personal guarantees allow banks to pursue individuals’ personal assets, including their family homes, to repay debts owed by a business.

Ms Britton says the signature must have been photocopied and pasted on from other paperwork. The document was purportedly witnessed by her financial adviser.

However, after the judgment against her had been given, the financial adviser confirmed that he had stopped working for her by that date – and had flown to Spain on 21 October for a two-week holiday. Flight tickets proved that he could not have been present on the date the document was signed.

Like many defendants in bank disputes, Anna couldn’t afford legal representation and instead represented herself, eventually losing her case against the bank’s highly-paid team of solicitors and barristers.

‘There has to be a proper criminal investigation’

Since the Treasury committee’s letter to the NCA last year, it has received 19 box files of documentary evidence accumulated by the Bank Signature Forgery Campaign to support customers’ allegations, which they say amounts to serious, organised criminal activity which must be investigated.

Yet campaigners say in the year since then, the NCA has failed to contact any of the victims to investigate their claims, ignoring calls to act from anti-corruption campaigners including Thames Valley Police and Crime Commissioner, Anthony Stansfeld.

“I find it extraordinary that the NCA has received so much detailed evidence of forged documents and signatures by banks. They were asked by the Treasury Committee over a year ago to investigate this but they have never even embarked on an investigation,” he told the BBC.

“And to talk about making an ‘assessment’ is an excuse they keep giving. You can’t ‘assess’ for 15 months. There has to be a proper criminal investigation.”

In a letter to the NCA last year, the Treasury committee urged the NCA to engage personally with the online pressure group, the Bank Signature Forgery Campaign, which has accumulated a large body of documentary evidence suggesting forgery and fabrication by banks and their representatives in repossession actions.

“These forgeries could have cost my constituents and people across the country their homes. It’s really important for faith in our institutions that the National Crime Agency gets on and investigates these very serious allegations.

“But the NCA hasn’t investigated properly. That is not good enough and I’m calling on the NCA either to investigate now – or to explain why not.”

Asked for a statement about the evidence, the bank trade body, UK Finance said: “Forgery is a criminal offence and banks will continue to be vigilant against such types of fraud.

“We urge anyone with evidence of forgery taking place to report it to their bank as well as the relevant authorities.”