Trump looks for foreign policy wins ahead of election 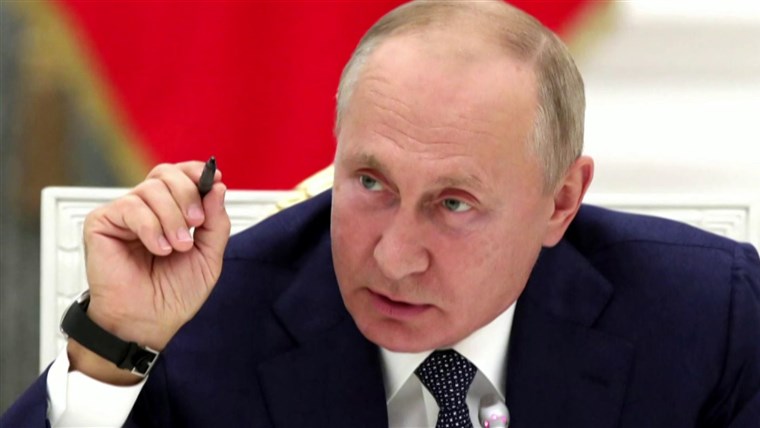 WASHINGTON — Trump administration officials are making a last-ditch effort to salvage an arms control agreement with Russia, part of a wider push by President Donald Trump to score foreign policy breakthroughs as he campaigns for re-election.

The United States and Russia inched closer to an arms control deal Tuesday after Moscow said it would support a Trump administration proposal to freeze nuclear warheads for a year and extend the last major nuclear arms control treaty between the two powers, known as New START.

As polls show Trump trailing his Democratic opponent, Joe Biden, the president’s deputies are engaged in high-stakes diplomacy as they try to score foreign policy wins before the Nov. 3 election. The efforts include trying to forge an arms control deal with Russia, persuading more Arab states to normalize relations with Israel, securing the release of detained Americans in Syria and pulling more U.S. troops out of Iraq and Afghanistan.

“The peculiar timing, combined with the hard push for immediate action, strongly suggests that these initiatives are disproportionately driven by the U.S. electoral calendar rather than our national security interests,” said William Wechsler of the Atlantic Council think tank, who worked as a senior defense official in the Obama administration.

NBC News has reported that Trump is considering a sweeping foreign policy speech before the election, pressing members of his national security team to accelerate key initiatives that he could highlight, such as a U.S. troop withdrawal in Afghanistan, according to two senior administration officials.

In a statement, a senior administration official said: “From day one, this administration has relentlessly pursued stronger arms control, brokered peace, and fought to bring American hostages home, all of which have strengthened U.S. national security. No one should be surprised that we continue to aggressively push forward in these efforts regardless of the domestic political calendar.”

The potential breakthrough with Russia came only days after a public spat that left arms control negotiations between Washington and Moscow in a stalemate. On Friday, the Trump administration rejected Russian President Vladimir Putin’s offer to renew the New START treaty for a year without conditions, calling an extension in which neither side freezes its nuclear warheads a “non-starter.”

By Tuesday, Russia said it would accept U.S. demands for a mutual freeze of nuclear arsenals, although it stopped short of agreeing to verifying any freeze.

“Our proposal can only and exclusively be implemented on the understanding that the United States will not advance any additional conditions,” Russia’s Foreign Ministry said in a statement, referring to the freeze as a “political obligation.”

The Trump administration welcomed Russia’s statement and said it was prepared to meet immediately to “finalize a verifiable agreement.”

James Acton, a senior fellow who is co-director of the Nuclear Policy Program at the Carnegie Endowment for International Peace, said that a deal is possible but that it is unclear whether an agreement is close.

The 2010 treaty, which is set to expire Feb. 5, is the last agreement between the U.S. and Russia limiting the growth of the world’s two largest nuclear arsenals following Trump’s decision to withdraw the U.S. from the Intermediate Range Nuclear Forces Treaty last year.

Under the terms of the deal, both countries can actively deploy no more than 1,550 active nuclear warheads, whether attached to intercontinental ballistic missiles, submarines or aircraft. The agreement includes specific verification measures, allowing each country to frequently inspect the other’s arsenal to ensure that the rules are being followed.

The Trump administration’s stance on the arms control treaty has shifted dramatically in recent months, taking on a new urgency after three years of gridlock. Initially, the administration had insisted that any future deal must include China, a demand that Moscow and Beijing both rejected. U.S. officials also had said verification requirements would be strengthened under a renewal of New START.

“We’re at the eleventh-and-a-half hour here,” said Kingston Reif, director of disarmament and threat reduction policy at the Arms Control Association think tank. “The administration had more than 3½ years to pursue an agreement with Russia.”

Matthew Kroenig, a former senior defense official who advised Mitt Romney’s 2012 presidential campaign, said the timing of the diplomatic push so close to the presidential election was no coincidence.

“Part of the rush is to get something before November 3rd to say we got a deal with the Russians that’s better than what Obama got,” Kroenig said.

The Trump administration has also ramped up its efforts to secure the release of several U.S. citizens held in Syria, meeting with Syrian and Lebanese officials in hope of bringing the Americans home. Among the Americans are freelance journalist Austin Tice, a former Marine who disappeared in Syria in 2012, and Majd Kamalmaz, a Syrian American therapist who has been missing since 2017, when he was stopped at a government checkpoint.

A National Security Council official led a U.S. delegation to Syria in August for secret negotiations to secure their return, according to two Trump administration officials briefed about the discussions.

The Wall Street Journal, which first reported the meetings, identified the officials as Kash Patel, a deputy assistant to Trump, and the U.S. special envoy for hostage affairs, Ambassador Roger Carstens, who met with Ali Mamlouk, the head of Syria’s intelligence agency, in his office in Damascus.

The prospects for the Damascus talks remained an open question. Syrian demands in connection with the release of the Americans ranged from lifting a broad array of U.S. sanctions to a full U.S. troop withdrawal, according to the U.S. officials.

Trump and his supporters have pointed to recent normalization agreements between Israel and the United Arab Emirates and between Israel and Bahrain as milestones in foreign policy. Even the president’s critics — including Biden — have praised the deals as important steps forward for the Middle East.

Wechsler called the so-called Abraham Accords “a real foreign policy accomplishment any way that you cut it.”

But even when Trump has scored a success in the international arena, he tends to overshadow the news with controversial comments and tweets that shift public attention to other issues and partisan feuds, experts say. In any case, political analysts say the president’s handling of the coronavirus, race relations and the economy are likely to shape voters’ decisions, not foreign policy issues.

As he faced a difficult re-election bid in 1980, President Jimmy Carter and his deputies scrambled to try to win the release of Americans held hostage in Iran. The Americans were not released, and Carter lost in a rout to Ronald Reagan. In October 1972, just before the presidential election, President Richard Nixon’s national security adviser, Henry Kissinger, declared that “peace is at hand” in Vietnam, which turned out not to be the case.

Most presidents seeking four more years try to point to their achievements in the closing weeks of the campaign, not secure last-minute breakthroughs, Wechsler said.