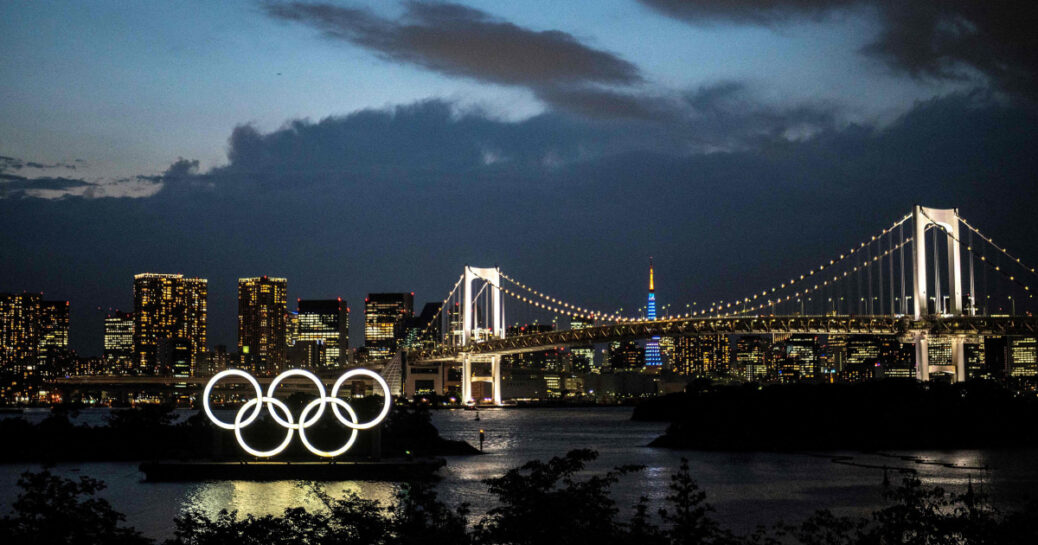 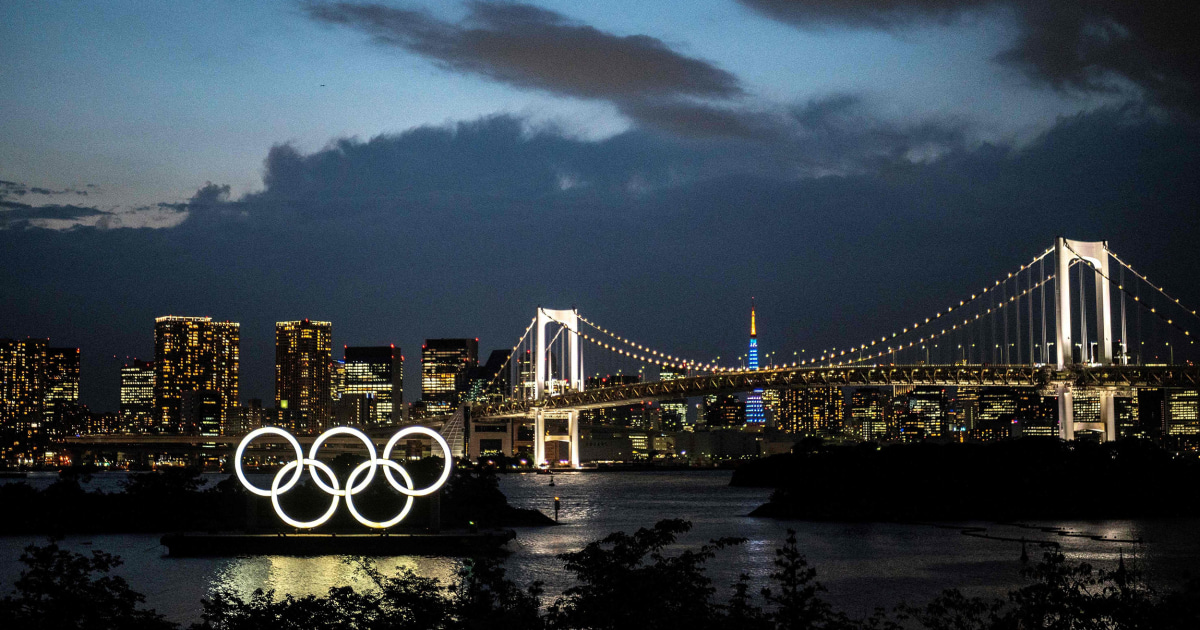 It’s something of a tradition for protesters in Olympics host countries to oppose the spectacle coming to town. But in 30 days, the Tokyo Games are almost certain to take place despite months of unprecedented dissent from Japanese doctors, public health experts and most of its citizens.

In part, that’s because an earlier surge in Covid-19 cases has since eased, and the public opposition has diminished. In mid-May, there was an average of more than 900 new cases a day in Tokyo; that number has since fallen to fewer than 400 a day — although cases in the city have started to rise again this week.

Recent polls suggest that the public mood has been softening, a turnabout from polls a few months ago showing that 60 to 80 percent of the Japanese public wanted the games canceled or postponed.

Some international epidemiologists continue to support the voices of disquiet in Japan. They question whether it’s wise to host the world’s largest sporting event in a country that’s recently suffered two towering waves of coronavirus infections — while inviting tens of thousands of athletes, officials and journalists from the 206 participating nations, too.

The International Olympic Committee and Japanese officials are adamant that beginning July 23, they can host the games not only safely, but successfully. Critics are left questioning whether organizers have prioritized sports over public health — or whether they want to avoid the staggering financial losses of cancelation.

“There’s too much at stake here, both financially and reputationally, to suggest that the IOC or Tokyo would have ever favored canceling the games,” said Andrew Zimbalist, an economics professor at Smith College in Massachusetts, who has written several books on Olympics finances.

On the other hand, he said, “the IOC doesn’t want to be in a situation where they completely ignore public health ramifications.”

‘Olympic strain of the virus’

In March 2020, with the pandemic shuttering much of daily life, it seemed inevitable the games would be postponed for a year. Organizers hoped that in 12 months’ time things would look a bit more normal.

In reality, Japan was hit by two waves this year that dwarfed anything it suffered in 2020. Its numbers were smaller than in the United States, but its peak of 6,500 daily cases strained hospitals and far exceeded the norm for East Asia.

Poll after poll showed staunch opposition to the games. On May 17 this year, the Asahi Shimbun newspaper said 83 percent of Japanese people backed postponement or cancelation.

Doctors spoke out publicly, fearing the event would spread cases and strain their already struggling hospitals. One Tokyo ward posted signs in its windows: “Medical capacity has reached its limits. Stop the Olympics!” and “Give us a break. The Olympics are impossible!”

Others worried it would create new variants that would then be seeded around the world when athletes flew home. Dr. Naoto Ueyama, head of the Japan Doctors Union, said he was worried a “Tokyo Olympic strain of the virus” would attract criticism “for 100 years.”

The IOC and Japanese officials have held firm, though in reality only the IOC has the legal authority to pull the plug. Senior IOC member Richard Pound told the Evening Standard newspaper last month the games would happen “barring Armageddon.”

In an interview with NBC News on Tuesday, Tokyo 2020 President Seiko Hashimoto said she believed the public were coming round to the idea that the games would be safe.

Other officials have hinted at tension with the IOC.

Former judo medalist Kaori Yamaguchi, now a member of Japan’s Organizing Committee, said earlier this month that the IOC “seems to think that public opinion in Japan is not important.”

“We have already missed the opportunity to cancel,” she wrote for the Kyodo news agency. “We have been cornered into a situation where we cannot even stop now. We are damned if we do, and damned if we do not.”

Attempting to allay these concerns, organizers have dramatically scaled back the event.

International fans are banned. Officials and other guests have been reduced from 180,000 to below 80,000, and must adhere to strict rules including staying within a bubble around their hotels and venues.

On Monday, organizers announced that up to 10,000 spectators would be permitted into each event, but cheering won’t be allowed. Events such as the 100-meter final, usually so reliant on the atmosphere and anticipation, will be held in relative silence.

Allowing spectators goes against the advice of the government’s panel of experts. They favor a crowd-free games, with senior medical adviser, Shigeru Omi, warning at a press conference last week that the likelihood of a rebound in cases following the games was “very high.”

Omi and his colleagues had initially advised the government to consider the possibility of canceling the games. But after Suga won the backing of world leaders at the Group of Seven summit earlier this month, Omi said they realized this was no longer an option.

For now, cases have fallen far below their May peak and several polls have suggested that opposition is waning. A survey by broadcaster Fuji Television on June 20 found that only 30 percent of people wanted to see the event canceled — although it’s unclear whether this is a result of a genuine shift in mood, or merely resignation that the games will happen.

Organizers hope their case will be bolstered further by a vaccine deal between the IOC and Pfizer-BioNTech that aims to inoculate most of the Olympic Village. Critics say this could mean the visitors would get shots before some local health care workers and vulnerable groups.

“It is only because of the ability of the Japanese people to overcome adversity that these Olympic Games under these very difficult circumstances are possible,” the IOC said in an emailed statement. “The entire Olympic community around the world is standing by the side of the Japanese people in the spirit of perseverance, because the spirit of perseverance is also the Olympic spirit.”

‘Safety is the paramount concern’

Cancelation would have ended the dreams of thousands of athletes who have sacrificed years of their lives.

“The final decision of the IOC will be very difficult,” said Alexandre Miguel Mestre, a sports lawyer at the Portugese firm Abreu Advogados, who wrote the book, “The Law of the Olympic Games.” He said the IOC must balance “the dreams and rights of athletes to participate in the games and, on the other hand, the need to protect their health.”

But many believe there is another underlying factor: money.

Nixing the games would upend a delicate latticework of financial agreements and relationships.

The nonprofit IOC’s multibillion-dollar budget is funded 70 percent by selling broadcasting rights and most of the rest from advertising.

“I lived in London. Everybody was worried about the traffic. And last time it was Zika, and then once the opening ceremony happens, everybody forgets all that and enjoys the 17 days. And I think this is going to be the same thing,” he said, according to a Reuters report of the event.

As well as wiping away a summer of TV programming, with an estimated global audience of 3 billion, it would also torpedo years of planning for smaller sponsors and suppliers.

Japan itself has already blown past its $7.5 billion budget and spent an estimated $15.4 billion so far. Leading economists and Japan’s own government watchdog say the true cost will top $20 billion.

Outright cancelation would have meant this rising by another $16 billion, said a study by former Bank of Japan board member Takahide Kiuchi, now executive economist at the Nomura Research Institute consultancy. That’s because, as well as the money it’s already spent on the games, Japan would have lost out on expected revenues during the event.

So money is a factor — but probably not the only factor, according to experts.

“It would be naïve to think that financial considerations don’t play a part, but I do think safety is the paramount concern,” said Leon Farr, a senior associate at Onside Law, an international sports law firm in London.

“I genuinely don’t believe the IOC would insist that the Japanese continue to host the event if they believed it was unsafe — it’s just not in the IOC’s interest,” Farr said. “If it all went wrong, the IOC would be exposed to exactly these sorts of allegations: that they’ve put financial considerations first.”