‘There are no minor incursions’: Biden’s candid Putin predictions criticized in Kyiv and beyond

Home WORLD NEWS ‘There are no minor incursions’: Biden’s candid Putin predictions criticized in Kyiv and beyond 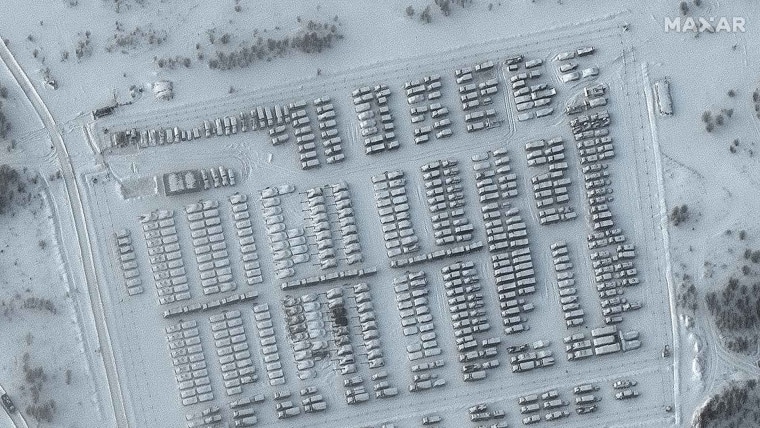 Biden said his counterpart in the Kremlin “will be held accountable” if he does so, but appeared to suggest that divisions within the NATO alliance could lead to a milder response if Russia mounts a more limited attack.

For weeks, such speculation about Moscow’s intentions — and the West’s capacity to respond — has dominated conversations in the corridors of power across Europe. On Wednesday, it was voiced publicly from the White House.

In an apparent effort to clarify his position, Biden told reporters Thursday that he had been “absolutely clear with President Putin. He has no misunderstanding, any, any assembled Russian units move across the Ukrainian border, that is an invasion.”

There is, he said, “no doubt at all that if Putin makes this choice, Russia will pay a heavy price.”

The White House had also moved quickly to clarify that any Russian action would be met with “a swift, severe, and united response,” while Vice President Kamala Harris defended the remarks in a tense interview on NBC’s “TODAY” show Thursday.

Biden’s words had already drawn concern at home and abroad, however.

Ukrainian Foreign Minister Dmytro Kuleba warned that Biden’s comments could invite Putin to act. “We should not give Putin the slightest chance to play with quasi-aggression or small incursion operations,” he told The Wall Street Journal, adding that there was “no doubt that President Biden is committed to Ukraine.”

In Washington, Sen. Rob Portman, R-Ohio, said that “any incursion by the Russian military into Ukraine should be viewed as a major incursion because it will destabilize Ukraine and freedom-loving countries in Eastern Europe.” Portman was part of a bipartisan delegation of senators who traveled to Kyiv on Monday to discuss the crisis with Zelenskyy and other Ukrainian officials.

“It is good that the administration put out correctives quickly, but the problem is that Putin and other observers might still conclude that the president’s remarks mean a ‘limited invasion’ of Ukraine would not prompt a strong U.S. reaction,” said Herbst, now at the Atlantic Council think tank in Washington.

For some experts, Biden’s answers were revealing — a public voicing of long-held concerns that divisions between the U.S. and its allies could hinder their ability to deter or punish any Russian aggression.

“NATO and the European Union are certainly not united in their responses …. so there has been quite a lot of friction with the United States,” said Emily Ferris, a research fellow at the Royal United Services Institute defense and security think tank in London.

Sweeping sanctions on Russia’s economy could harm nearby countries with strong trade links to Moscow, with much of Europe heavily reliant on Russian gas exports. But some, such as the former Soviet Baltic states that neighbor Russia, want a hard-line approach and have stepped up their own warnings and military preparedness in recent days.