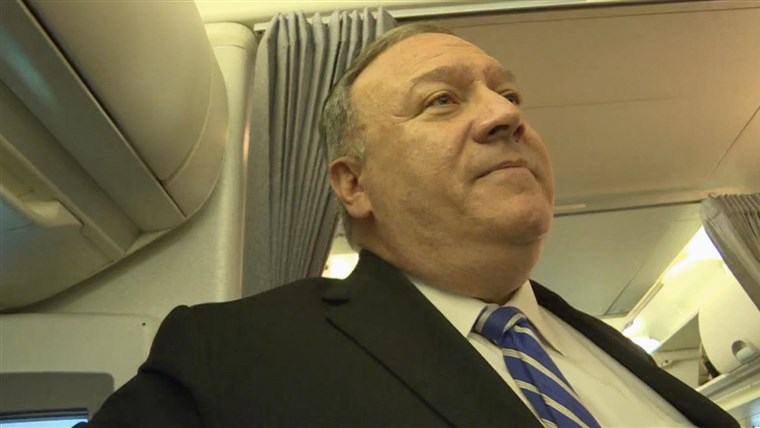 Once sworn enemies, Afghan government officials and Taliban insurgents gathered on Saturday for “historic” peace talks, aimed at ending two decades of war that have killed tens of thousands of people and devastated a nation.

Calling it a “truly momentous occasion,” Secretary of State Mike Pompeo told the two sides at the opening ceremony in Qatar’s capital Doha, that it was “a moment to dare to hope.”

The talks began a day after the anniversary of the 9/11 terrorist attacks on the United States, which killed nearly 3,000 people and led the U.S. under President George W. Bush to invade Afghanistan a month later.

The U.S. toppled the Taliban after it refused to give up Osama bin Laden, the architect of the attacks, but they soon regrouped. Since then, the Taliban has waged a nearly two-decade insurgency against U.S.-backed Afghan governments and American-led forces.

“Each of you carry a great responsibility,” Pompeo told the participants. “You have an opportunity to overcome your divisions.”

While Saturday’s opening was about ceremony, the hard negotiations between Taliban representatives and an Afghan-delegation that includes members of the Kabul government, will be held behind closed doors and over a number of sessions.

Until now, the Taliban have persistently refused to recognize the Afghan government as legitimate.

Issues including the terms of a permanent cease-fire, the rights of women and minorities, and the disarming of tens of thousands of Taliban fighters and militias loyal to warlords, some of them aligned with the government, are all set to be discussed.

Calling the talks “historic,” after a meeting with the Taliban in Doha on Saturday, Washington’s peace envoy Zalmay Khalilzad said the U.S. and every Afghan would like to see a deal “sooner rather than later.”

However, some are skeptical.

“There is no guarantee that the talks will lead to a deal and that a deal will lead to a durable peace,” Dibyesh Anand, professor of international relations at London’s University of Westminster told NBC News.

“Not only do the two sides have different visions, but they also have diametrically different interests,” he added.

Although the outcome is uncertain, nevertheless, it is the closest the two sides have come to negotiating a peace since the 2001 invasion.

Pompeo urged all parties to “seize this opportunity” and “protect this process,” but also emphasized that the parties should “keep in mind that your choices and conduct will affect both the size and scope of the United States’ future assistance.”

The 19-year-war has deeply entangled the two countries.

Since 2001, more than 2,300 U.S. troops have been killed in Afghanistan along with more than 100,000 Afghan civilians — massively hampering the Asian country’s development and leaving millions in poverty, according to the United Nations.

Hameed Hakimi, lead researcher on Afghanistan at Chatham House, a London-based think tank, said that despite political and ideological differences between the negotiating parties, all sides seemed “serious” in their aims.

“There’s going to be a lot of bargaining…I’m anticipating that this is a serious step, it’s a historical one — it’s going to be very bumpy,” he told NBC News, adding that there were “a lot of expectations in Afghanistan among people to see this succeed, because the violence is unbearable.”

In 2016, President Donald Trump promised during his campaign to end wars like the one in Afghanistan and ahead of the presidential election in November, is looking to show progress on his pledge and bring U.S. troops home from the conflict-ravaged nation.

Following the opening ceremony, the intra-Afghan negotiations are scheduled to commence from Sunday but were engineered in an agreement between the U.S. and the Taliban signed in February, also in Qatar, where the Taliban have a political office.

The head of Afghanistan’s peace council, Abdullah Abdullah, said on Saturday that if the two sides join hands “and honestly work for peace, the current ongoing misery in the country will end.”