Pentagon to cut troop levels to 2,500 in Afghanistan, Iraq 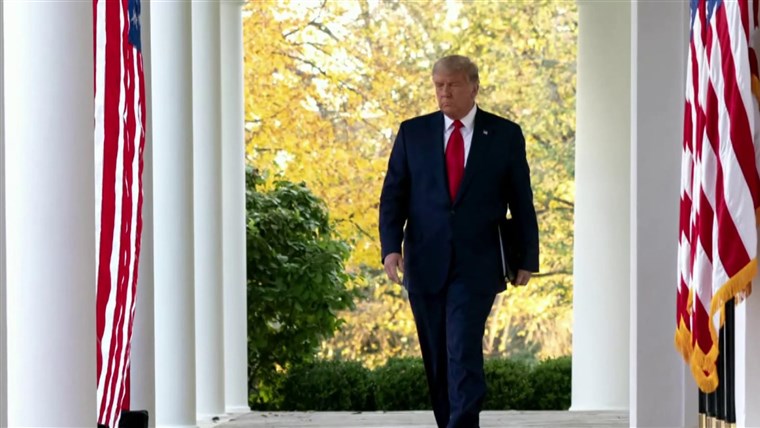 The Pentagon is reducing troop levels in Afghanistan and Iraq to 2,500 by Jan. 15, acting Secretary of Defense Christopher Miller said Tuesday, a move that the Trump administration has signaled for months.

The decision to draw down troops to those levels in Afghanistan, which was initially announced last month by national security adviser Robert O’Brien, comes despite recent remarks from senior military officials that conditions on the ground do not warrant such a move.

In a brief address to the press, Miller did not provide specifics for the reasons behind the move, but said it represented “the next phase of our campaign to defeat terrorists who perpetrated attacks on our homeland” and “to prevent future acts of terrorism against our nation.”

“This is consistent with our established plans and strategic objectives supported by the American people and does not equate to a change in U.S. policy or objectives,” Miller, who did not take questions, said.

There are currently 4,500 to 5,000 troops in Afghanistan and more than 3,000 in Iraq, according to defense officials.

Shortly after Miller’s announcement, O’Brien expanded on the role that the remaining forces in Iraq and Afghanistan will take on.

“Those troops will defend our embassies and the other agencies of the U.S. government doing important work in those countries,” he said.

“By May, it is President Trump’s hope that they will all come home safely, and in their entirety,” O’Brien added.

The announcement came days after the president installed several loyalists in top roles in the Defense Department after officials resigned following the unceremonious ouster of Secretary of Defense Mark Esper on Nov. 9.

“At a time when our adversaries are looking for every opportunity to exploit our weaknesses, the administration should reconsider and reverse this politically-motivated decision and avoid worsening our national security challenges,” he said in a statement.

The move still stops short of Trump’s pledge to end America’s longest war. Just last month, the president tweeted that he wanted to pull out all remaining troops in Afghanistan by Christmas.

The U.S. exit from Afghanistan was laid out in a peace agreement made with the Taliban in February. Under the deal, Washington agreed to withdraw American troops by May 2021 in return for the Taliban renouncing terrorism and agreeing to direct peace talks with their foes in the Afghan government.

But in an interview with NBC News in September, Gen. Frank McKenzie, commander of the U.S. Central Command, said the Taliban had not been upholding their end of the agreement.

“The Taliban has been scrupulous about not attacking U.S. or coalition forces in Afghanistan,” McKenzie said. “They have, however, continued to attack government security forces at a fairly high rate. And that’s very concerning.”

Gen. Mark Milley, chairman of the Joint Chiefs of Staff, told NPR in October that the plan was to draw down troops in Afghanistan to 4,500 by November.

“It’s a conditions-based plan,” he said, adding that the U.S. is continuing to monitor the conditions.

The next day, the spokesperson for U.S. Forces Afghanistan said on Twitter that the U.S. has conducted “several targeted strikes in Helmand to defend ANDSF forces under attack by Taliban fighters.”

Gen. Scott Miller, the commanding general, wrote: “The Taliban need to immediately stop their offensive actions in Helmand Province and reduce their violence around the country. It is not consistent with the US-Taliban agreement and undermines the ongoing Afghan Peace talks.”

The United States has been in Afghanistan for 19 years, making it America’s longest war.

Ahead of Miller’s announcement, NATO Secretary-General Jens Stoltenberg warned Tuesday that the military organization could pay a heavy price for leaving the country too early.

“We now face a difficult decision. We have been in Afghanistan for almost 20 years, and no NATO ally wants to stay any longer than necessary. But at the same time, the price for leaving too soon or in an uncoordinated way could be very high,” Stoltenberg said in a statement.

U.S. troops invaded Iraq in 2003 and left in 2011, but returned in 2014 after the Islamic State militant group overran large parts of the country.

Iran and pro-Iranian groups in Iraq will likely also celebrate the news of a further drawdown of U.S. troops, as they have also repeatedly called for American troops to leave Iraq.