Not so special anymore? Britons fret as U.S.-U.K. ties fray 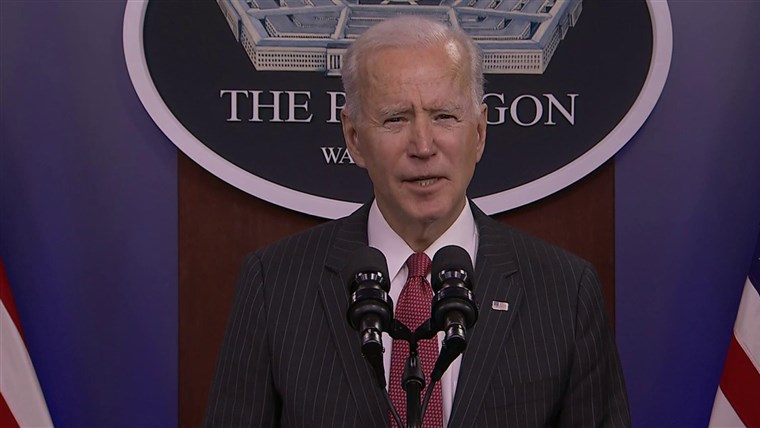 LONDON — President Joe Biden’s conversation with British Prime Minister Boris Johnson last month won’t rank among his most consequential policy moves to most observers, but the fact that one of the American leader’s first phone calls after his inauguration was to the British leader was keenly felt in London.

“I was reassured to see the early outreach to Prime Minister Johnson by Joe Biden, which I think was reassuring to many in London,” said Nile Gardiner, director of the Margaret Thatcher Center for Freedom, a Washington-based think tank.

Which world leader a new American president speaks to and when is closely watched for clues about the incoming administration’s priorities and preferences. The United Kingdom attaches more importance than most to cross-Atlantic ties — what is known as the “special relationship,” a phrase that British wartime leader Winston Churchill coined more than 70 years ago. Successive prime ministers have raced to be among the first to receive a phone call or visit from a new president, signaling the countries’ enduring bond.

Whether Johnson will be able to maintain the U.K.’s close relationship with the United States has been cause for considerable anxiety here, however. Johnson worked hard to cultivate ties with former President Donald Trump, a fellow populist with a shared disdain for Europe. But Johnson has long been at odds with Biden, who once called him a “physical and emotional clone of Trump” and has made restoring America’s international alliances a centerpiece of his foreign policy agenda.

“The next four years are a challenging time for the special relationship. The British government has to handle the relationship with the Biden presidency carefully,” Gardiner said.

Doing so will involve overcoming a good amount of personal and political animosity. Ties were strained in 2016 when then-President Barack Obama warned that if Britain left the European Union, it would be “in the back of the queue” for any subsequent trade deal with the U.S. — angering Johnson, then London’s mayor, who had made Brexit his signature policy initiative.

Biden also warned Johnson last year against pursuing a Brexit deal that would create a hard border between the U.K. and Ireland and undermine the 1998 Good Friday peace deal.

Johnson also took offense at the removal of a bust of Churchill, his personal hero, from Obama’s Oval Office, writing that the snub was a symptom of Obama’s “part-Kenyan” heritage, which could explain his “ancestral dislike of the British empire,” given its colonial rule over Kenya. Critics condemned the comment as racist.

Trump, by contrast, encouraged Britain to leave the E.U. and dangled the prospect of a swift and “massive” U.S. trade deal as recompense. Britain duly courted Trump, rolling out the red carpet and the royal family during a rare state visit in 2019. Yet, it got nothing in return.

A Department of State spokesperson said the countries shared “a special relationship that is a foundational aspect of U.S. foreign policy and we will continue our robust cooperation with our strongest ally on our shared priorities.”

The value the U.K. places on its relationship with the U.S. means such snubs are acutely painful. Over the second half of the 20th century, as Britain’s empire shrank, it came to see its influence in Washington as a measure of its own global stature.

According to the historian and journalist Max Hastings, however, the U.K.’s obsession with the special relationship leads to a distorted view of the nation’s status on the world stage today.

“Britain is an extremely nice, middle-ranking power with, in good times, quite a successful economy. But it is no longer one of the most important countries in the world,” he said.

In recent years, Britain has fought alongside U.S. troops in Iraq and Afghanistan, become a close security and intelligence partner, and invested heavily in the U.S. economy. Yet, Hastings insists both sides were simply acting in their own national interest, not out of any shared sentimentality.

“I believe it’s a terribly British vice — especially a vice of British prime ministers — to believe there is a special relationship which is going to cause the Americans to do us favors.”

With Biden focused on the coronavirus pandemic and shoring up the U.S. economy, that dynamic is unlikely to change anytime soon.

“I think there will be some disappointment in the United Kingdom that the trade agreement is less of a priority for Joe Biden’s administration,” said Lewis Lukens, former deputy chief of mission at the U.S. Embassy in London and now senior partner at Signum Global Advisors, a business advisory firm focused on the impact of politics and policy.

Still, there are opportunities for Biden and Johnson to collaborate. In their phone call, the two leaders discussed working together to tackle climate change and the pandemic, and expressed their shared commitment to NATO. Britain and the U.S. also share similar views on confronting Russia, Iran and China.

After the past four years, however, the U.K. may need to prove itself a worthy ally.

“Boris Johnson has to be ready to go to Joe Biden and say, ‘This is how we can play a pivotal role in helping you meet your policy goals and address the challenges that you’re interested in addressing,’” Lukens said.

“But, at the same time, it gives us an opportunity to show that we are still a relevant player in the world.’”